Another Cannabis Trademark Dispute, Another Settlement 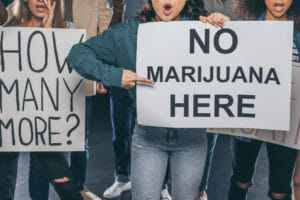 Fortunately, in this instance, the parties seem to have come to an amicable resolution to what surely would have been a losing legal battle for LeafedOut/LeafedIn. LeafedOut touts itself as a “networking solution” for those in the cannabis space, placing its services squarely within those covered by LinkedIn’s U.S. federal trademark registrations, including:

Although the nature of the settlement was unclear, a press release issued by LeafedOut makes it clear that the company is capitalizing on this as a marketing opportunity, which is really best case scenario for these kinds of disputes.

This case seems to be another clear example of a cannabis company attempting to parody or riff off of a well-known, existing brand which, as we have written about many times, doesn’t work. As a refresher, parody is not a defense to trademark infringement in this type of commercial context. There is a line between using another’s mark to make political or social commentary and using another’s mark to gain recognition and increase sales of your own product. We’ve written before about cannabis companies that have attempted to spoof well known marks and have paid a price for it. Years ago, Hershey’s, for example, initiated multiple lawsuits against companies that branded cannabis-infused chocolate products with names such as “Mr. Dankbar,” “Reefer’s Peanut Butter Cups,” “Hasheath,” and “Ganja Joy,” all meant to imitate their non-cannabis Hershey’s counterpart. These cases also ultimately settled out of court.

The problem with these types of “parodies” is two-fold. The first concern is over likelihood of confusion, and the second pertains to dilution or tarnishment. If there is sufficient similarity between the parody and the original mark, the court will find infringement based on a likelihood of confusion. This means that the marks are similar enough to cause consumer confusion as to the source of the product, and well-established brands obviously do not want other companies piggybacking off the success of their trademarks. In this case, we would not be surprised if the creators of “LeafedIn” had LinkedIn in mind while developing their brand.

The second issue, dilution or tarnishment, is typically a fairly weak means of attacking a trademark parody. However, because of the federally illegal status of marijuana, arguing that a cannabis-related version of a popular product or service “tarnishes” a famous brand is not a stretch. LinkedIn likely does not want consumers incorrectly thinking that it has developed a networking site for the cannabis industry.

A First Amendment argument for parody is always easier to make in a non-commercial context, where a parody of a mark is not used in connection with any goods or services. This makes for a stronger argument that the parody is only meant to express an idea, and not to generate profit based on brand recognition. Second, the degree of similarity between a “parody” and the original mark makes a big difference. The more similar the marks, the more likely it is that the court will find infringement based on likelihood of confusion. Third, tarnishment is a much bigger issue in the context of marijuana branding than in most other industries, and may be a way for established companies to attack infringing marks. And finally, even if you think you have a strong argument for defending your mark on the basis of parody or First Amendment grounds, the cost of litigating with corporations like LinkedIn could very well put you out of business, even on the off chance that you prevail.

The post Another Cannabis Trademark Dispute, Another Settlement appeared first on Harris Bricken.