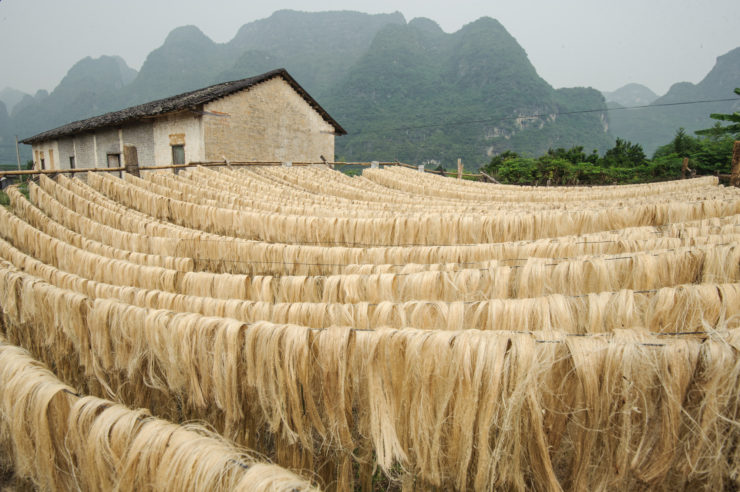 The U.S. hemp market continues to heat up for a variety of reasons, mainly because the general populace is finally starting to understand the difference between cannabis as marijuana and cannabis as hemp (and the benefits of CBD and other cannabinoids derived from cannabis). In this post I’ll discuss why China’s pain can be U.S. hemp producers’ gain.

Basic principles of economics dictate that in the U.S. hemp market where demand stays constant (or increases) and supply decreases due to something like a coronavirus in China, the price of that good increases (sometimes substantially), enriching existing suppliers and drawing more suppliers into the market.

And it is also true that where there is available supply (U.S.) with the same or better good that can make up for the decreased market supply without substantially increasing the cost of that good, those suppliers will fill the void, equalizing supply and demand. China’s export-led hemp industry, with its normally outsized international presence, is no exception.

Virtually all of China’s industries have been hit hard by the effects of the novel coronavirus (COVID-19). China is still basically on lockdown due to COVID-19, which means that most businesses are hobbling at best as they try to comply with government directives to get workers back to the factories and get production back up to capacity, with all of the attendant problems you can imagine in trying to do so under a nationwide epidemic.

But Chinese farms keep producing hemp, which will lead to a glut of raw and finished products in certain industries. These products require an export market; China has no significant domestic market to absorb its hemp production. This export bottleneck is less of an issue in one of China’s hemp centers in northeast Heilongjiang Province, where the average temperature in winter hovers barely above 0 degrees. But it certainly matters in China’s other hemp center of southwest Yunnan Province where its average temperature in winter is comfortably above freezing and has multiple growing seasons.

I recently read a good article in Hemp Industry Daily that said U.S.-based hemp growers will not be the only ones to benefit from China’s current virus-related meltdown and trade friction. It said, “this newest issue underscores the vulnerabilities in the global marketplace that vape and other cannabis and hemp companies rely on for products ranging from LED lighting to packaging supplies.”

Two of my co-authors, Adams Lee and Griffen Thorne, provided insight on that topic almost a year ago (see here). So opportunities also abound for cannabis-related companies to renegotiate contracts with Chinese suppliers, many of whom have already started reneging on current contracts as they point to force majeure clauses in their contracts.

And as I mentioned in a prior blog post, U.S.-based hemp companies need all of the good news they can get as they try to compete with China, but it will probably not come from the Phase One trade deal:

As one economics professor described to me recently, “The phase one trade deal is basically dead.” That reality, coupled with the current COVID-19 pain, means that China will be offline for some time to come, and that means U.S. hemp producers prepared for export markets will find less competition in the international marketplace.

If you are interested in keeping up with China-focused legal developments, check us out on our multiple award-winning China Law Blog.