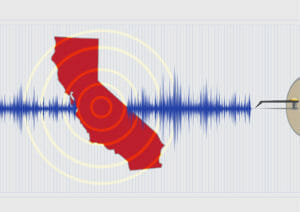 Even though they’re currently deemed “essential“, California cannabis businesses were already struggling financially before the onset of COVID-19. Increasing competition from unregulated, un-taxed, illegal actors combined with high local and state taxes combined with costly and competitive local barriers to entry were all leading to delayed opening timelines, shorted budgets, terrible margins, and increasing failures across the board. This is all on top of federal illegality, of course, which leads to a host of further challenges.

When licensing began in California in early 2018, the momentum and investor scuttlebutt around California’s cannabis industry was incredibly positive. The largest legal cannabis market in the world had opened for business (within the world’s potentially fifth largest existing economy) and branding and market share opportunities created astronomical pre-revenue valuations for lots of cannabis companies.

Because of its frothy start, California cannabis saw lots of investors–institutional and independently wealthy alike–dive in on both licensed and ancillary cannabis businesses. Most of these investors had probably never even considered cannabis investments and knew very little about the marketplace overall, let alone the fact that most cannabis economies are a race to the bottom (and they certainly almost never considered the federal criminal implications of investing in these businesses). And then we also had a good amount of Canadian publicly traded companies moving into the space doing ludicrous, risky deals with cannabis operators they got to know overnight.

Jeff Sessions rescinded the 2013 Cole Memo, the majority of California cities either outright banned commercial cannabis licensees, delayed licensing for months on end, or regulated cannabis businesses to the point of non-feasibility. The state agencies in charge, on the whole, dragged their feet on licensing between temporary licensing extensions and annual licenses. Because of probably a mixture of these market factors, licensees also began stiffing each other on purchase and supply agreements (and certain other bizarre transactions, lots of which were not even recorded in writing), accruing millions of dollars in accounts receivable with no real relief in sight as other operational expenses piled up. Now, cannabis businesses are looking less juicy to initial investors and the majority of investors may be looking to get out altogether–no matter the loss–or they’re going to try to recover some of their investment (as vulture investors begin to dive in).

If you invested in a cannabis company, or if you’re a cannabis company that took investment and is now bottoming out, here’s what you can expect in the coming weeks and months as California’s cannabis marketplace consolidates:

Whenever there’s an industry economic downturn, the claws come out. Previous investor tolerance of certain destructive or unpredictable behavior at the executive level goes way down and either changes will be made across decision-makers to mitigate resulting damages, or the shareholder derivative lawsuits will commence. In cannabis, we have a lot of legacy operators in executive positions that may be looking at the exit door after COVID-19. Only time will tell, but some of those executives will not go willingly and debates about the soundness of their business decisions will inevitably make their way to court.

Because bankruptcy relief is exclusive controlled by federal law and administered by the federal courts, it is not an option for failing cannabis businesses. An alternative is to secure a court-appointed receiver. The appointment of a receiver though is usually on the back of a lawsuit related to a contract breach. In California, a receiver is an officer appointed by the court to take possession of and to protect assets for the benefit of all persons who may have an interest in those assets. The receiver is a neutral agent of the court and holds assets for the court, not for the plaintiff or the defendant. A receivership is only a provisional remedy in an action that seeks some other relief by final judgment–you cannot file a lawsuit for the sole purpose of having a receiver appointed. For more on California cannabis receiverships, see here.

Many debt investors in the cannabis industry demand that the debt be secured. In cannabis, that typically equates to taking over the licensed entity through a pledge or at least being entitled to take over accounts receivable or existing cash. Licenses in California are not transferable, so they’re not on the table as a secured asset. In any event, in order to make good on any security interest that entails taking equity in a cannabis business or seizing inventory or cash, the investor/lender either needs to take over the business as a qualified and vetted “owner” at the state level or have its own cannabis license to touch/take cannabis-related assets like inventory and certain vendor accounts. In California, depending on the license type, a secured investor/lender may be able to take advantage of certain regulations dedicated to the “insolvency” of a cannabis business, too (see, for example, CDPH regulation 40179).

If you’re a cannabis business and you’re thinking that the Feds may be coming to your financial rescue under the Paycheck Protection Program, unfortunately think again.

I would wager (based on what I’ve seen in the marketplace) that the majority of “owners” and “financial interest holders” in California have not been properly disclosed to regulators (especially because the state hasn’t really been enforcing this violation). When investors are looking to bail as the company approaches failure, cannabis companies can expect to potentially incur even more regulatory violations related to nondisclosure of certain individuals or entities (and especially if a public lawsuit results detailing the non-disclosures). The investor’s departure doesn’t necessarily amount to a viable mitigating factor in the event of a violation; that departure will be marred by the face that the proper disclosure was never made in the first place.

Industry M&A is going to pick way, way up in California’s cannabis industry. The secondary licensing market is a fantastic opportunity for failing companies to gain new life and for investors to skip the process of having to get licensed from the ground up. These transactions are not your boilerplate M&A though–lots of attention needs to go into drafting, structuring, and due diligence to ensure a clean and compliant deal. For more details on California cannabis M&A, see here, here, and here.

It’s not going to be pretty for California’s cannabis industry in financial quarters 2, 3 and 4 of this year. That’s not to say California’s regulated market is going away; I do have high hopes for the industry’s long term future. However, the current financial strife was bound to occur given the economic and political factors in play in the Golden State.