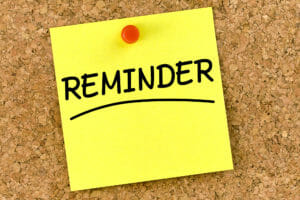 In this post, I want to explore something very significant that a lot of people gloss over when reviewing contracts: non-compete clauses. Non-compete clauses are exactly what they sound like: they prohibit one party from competing with another. A common example of a non-compete is in an executive employment agreement, where an executive of a cannabis company will be bound from competing with the company for a certain period of time after leaving. These clauses are found in everything from corporate governance documents to M&A contracts.

The big question is whether non-compete clauses are actually enforceable. In many states, the answer is “yes” provided that the non-compete is reasonable in duration and scope. In those states, a non-compete would be more likely to be enforced if it were limited to a city or county and for a reasonable duration of time. A non-compete that prohibited a former employee, for example, from ever working in the same industry, anywhere on Earth, would almost certainly be unenforceable.

That said, California is a notable exception in that it prohibits the use of almost all non-compete clauses. California law states that “[e]xcept as provided in this chapter, every contract by which anyone is restrained from engaging in a lawful profession, trade, or business of any kind is to that extent void.”

Notice how the law starts out by referring to some exceptions. The law allows some limited non-competes, most importantly, non-competes between a buyer and seller of a business interest presumably so that the seller does not turn around and undercut the sale. For example, if a famous cultivator sold its entire book of business to a buyer, the buyer would want to have a non-compete that prohibited the cultivator from opening up shop down the street as the original book of business would obviously follow the cultivator.

Beyond this, generally non-competes are not allowed, especially in the employment context. This may seem pretty cut-and-dry, but this can lead to complex legal issues. For example, a cannabis company may do business in California but be incorporated in Delaware or Canada (or somewhere else). In that case, it may not be unusual for the company’s employment agreement to specify that non-California law applies. That said, California law makes clear that non-competes for California employees will not be enforced even if a foreign state’s law governs.

Moving beyond non-competes, cannabis companies find a whole host of other ways to limit competition. For example:

What about in the business-to-business context? Can a cannabis business enter into a non-compete with its vendors or suppliers? This too is a complex question which the above California statute does not squarely address. In fact, the question is so complex that the Ninth Circuit Court of Appeals (the federal appellate court in which California sits) recently asked the California Supreme Court to answer it.

Neither the California Supreme Court, nor we, have considered whether section 16600 extends beyond the employment setting entirely to contractual restraints on business operations. As Ixchel points out, nothing in the plain language of the statute limits its applicability to the employment setting. By its terms, it applies to contracts restraining “anyone” from engaging in a lawful business of any kind. Cal. Bus. & Prof. Code § 16600. The term“anyone” is not defined, but to the extent it means “any person,” Anyone,Webster’s New Int’l Dictionary (3d ed.2002), other statutes regulating competition in the same chapter define “person” to include “a corporation,partnership, or other association,” Cal. Bus. & Prof. Code§ 16604; see also id.§ 16605 (same).

Even the Ninth Circuit’s own brief highlights the breadth of California law. Given the state’s policy of being against almost all forms of non-competes, it’s safe to assume where the California Supreme Court will land on this issue.

Circling back to the general law on non-competes, despite the state’s ban on most non-competes, our California cannabis attorneys regularly negotiate contracts where the other side insists on adding a non-compete clause. I have heard many lawyers say, “so what, if it’s not enforceable, why do you care if we write it in? Why not just let us put it in there for piece of mind?” I have seen attorneys try to set governing law for different states.

The problem with doing this is that people don’t just throw non-competes into a contract for no reason. They exist so that one party can try to enforce them later on down the line in the event that an employee leaves the company or for whatever other reason they are in the contract. When a company seeks to enforce a non-compete via litigation, the onus is then on the former employee to defend and seek to dismiss the claim on the grounds that it violates California law. Even in situations where those employees have a good chance of winning, it still may take a good chunk of change to get there. So wherever possible, California cannabis contracts should ditch non-competes.