Cannabis and Coronavirus: When is Contract Performance “Impossible” and Excused? 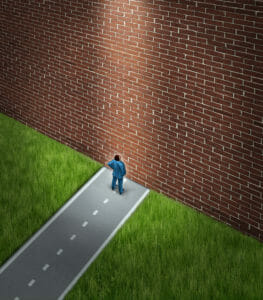 Last week, Vince Sliwoski wrote a post titled “Cannabis and Coronavirus: What Your Business Should Do Right Now” offering some high-level thoughts on how to mitigate the impact of COVID-19 on cannabis businesses. One of the topics included reviewing contracts, regarding which Vince said:

Pull these out and dust them off, whether it’s a lease, loan agreement, or a purchase order subject to “terms and conditions” that may be published on a vendor website. Look carefully for words and terms related to default on payment or performance obligations, including: “act of God”, “force majeure”, “excuse of obligations”, “frustration”, “impossibility”, “interruption” etc. At some point very soon, someone is going to tell you they cannot pay you because of something COVID-19 related, or you will be saying the same.

(emphasis added). This post delves into the common law legal doctrine referred to as impossibility of performance, or the defense of impossibility.

What is the defense of impossibility?

The doctrine of impossibility is an affirmative defense that excuses certain breaches of contract. (“Affirmative defense” means a defense raised by the defendant in answering a complaint alleging breach of contract). Generally, the defense applies when someone makes a promise they are unable to perform because of a change in circumstances that occurred after the contract was entered into. In legalese this is referred to as a “supervening impossibility”. Another key point is the doctrine recognizes that the contract is valid and enforceable, but when a court or jury finds that the doctrine applies, the doctrines operates to “excuse” performance. The defense of impossibility is distinct from a force majeure clause in a contract because the defense need not be in a contract, whereas a force majeure clause is a specific contractual provision that may define conditions in which performance is excused.

Typically, impossibility may excuse a party from performing its contractual obligation in circumstances such acts of God, supervening illegality (e.g. Oregon suddenly passes a law making recreational marijuana illegal), death or disability of a person required to perform a personal services contract, war, and labor strikes. The defense does not apply if the person who seeks to be excused from performing her contract is at fault for the change in circumstances (e.g. where a person has, by her or his own actions, made performance impossible).

What is not a supervening circumstance that makes performance impossible?

Financial hardship and most unexpected difficulties. Courts are nearly uniform in ruling that a price increase, or an increase in the burden of performing, even if unanticipated, is not sufficient to establish that performing a contractual promise was impossible. A leading Oregon case holds that even where the consideration paid for the performance turns out be grossly inadequate, performance will not be deemed legally impossible unless the hardship is “so extreme as to be outside any reasonable contemplated by the parties.” Savage v. Peter Kiewit Sons’, 249 Or. 147 (1967). A key issue is whether the risk was one that reasonably should have been anticipated at the time of contract formation and, if so, whether it should have been addressed in the contract. E.g. Portland Section of Council of Jewish Women v. Sisters of Charity of Providence, 266 Or., 448 (1973).

Here is one example that may have an analogue in the cannabis business. In Shafer v. Sunset Packing Company, 256 Or. 539 (1970), a strawberry grower brought a breach of contract action against a processor for failure to provide workers to harvest the crop. The processor had agreed to arrange for 150 – 200 workers to harvest the crop and the grower agree to pay a fee of $15/laborer. But the laborers decided not to show up and the processor told the grower he would need to pay an additional fee to get the necessary labor. The grower rejected the offer to pay the processor more money and hired his own workers at greater cost. The grower then sued the processor for breach of contract. The processor argued that performance was “impossible” because the first crew decided not to show and the getting replacements was very expensive. The court disagreed, stating: “Although it may have been unprofitable for defendant to have supplied the [strawberry] pickers . . . the evidence does not show it was impossible.” The case stands for the proposition that a mere showing of unprofitability will not excuse performance.

What have courts said about impossibility in the context of epi(pan)demics like COVID-19?

Naturally, no case concerning COVID-19 and impossibility has found its way through the courts. But courts considered such questions a century ago in connection with influenza and diptheria outbreaks:

In my view these analysis are fact-specific, sometimes jurisdiction specific, and are driven by the principles set out above. The takeaway for cannabis businesses is to be careful before claiming a contract is impossible to perform, and be wary of any contracting party who seeks to assert the doctrine. Finally, remember that impossibility does not dispute the validity of the contract, but is a legal “excuse” why a court may not hold a party liable for failing to perform their end of a bargain.

The post Cannabis and Coronavirus: When is Contract Performance “Impossible” and Excused? appeared first on Harris Bricken.

PrevPreviousCalifornia Cannabis Businesses Are “Essential” and Can Operate During the Coronavirus Shutdown
NextEuropean CBD Sales: Securing a Novel Food AuthorizationNext