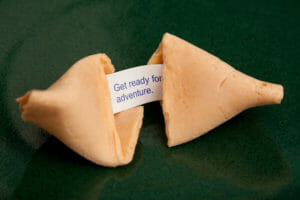 Under most U.S. states’ laws, coronavirus likely constitutes a force majeure – an “act of God” – a severe, unforeseeable circumstance beyond the control of any contracting party.  No party created this act of God — both are “innocent parties”; both will likely suffer from breach. Contract clauses governing such unusual events are named force majeure or “hardship”/similar clauses. All such clauses are meant to govern allocation of risks in such unusual circumstances.

Who bears the risks of nonperformance in such unforeseen circumstances? Who can, legally, refuse to refund a deposit? To refuse a payment? Who will lose any claim for breach? As with many legal issues, the answers depend on both contractual and factual circumstances.

As chance would have it, these nonperformance issues were most famously addressed in a series of English court “Coronation Cases,” whose name derives from the same Latin root, “corona” (“crown”), as coronavirus. The coronavirus crown is a set of protein spikes arrayed atop the coronavirus core.  The Coronation Cases’ crown was atop the head of King Edward VII.

Two days before the coronation date, the King required an emergency appendectomy. Many had contracted for hotel rooms and related services only in order to view his coronation, a big event in England. Once the coronation was postponed indefinitely, the English courts had to rule which innocent party should suffer.  These courts’ analysis started with an older English judicial decision in which the rent for a concert hall was excused after it burned down, creating a new defense to strict contract performance: impossibility. The decision turned on the parties’ having contracted with the shared assumption that the concert hall would exist on concert day.

In the first Coronation Case, Krell v. Henry, the court refused to alter the status quo: the hotel guest lost his one-third deposit; the owner lost the remainder of his room fee. Essentially the court “split the baby.” The court thus created a new defense to full contract performance: frustration.  Unlike the burnt concert hall, the hotel still existed. But as all parties knew the sole purpose of the hotel reservation was to view the coronation, that purpose was fully frustrated. The court refused to award damages to anyone, excusing both parties’ further liability. In later Coronation Cases, the courts ruled on similar legal grounds; e.g., voiding, for “mutual mistake,” a contract made after the coronation postponement was decided, but before it was announced.

None of these doctrines should apply to contracts made after COVID-19 was widely known to be active; the risks then became foreseeable. For contracts predating this crisis, these doctrines excusing performance could well apply. Some contracting parties are already invoking them on the basis of the corona crisis.  See, e.g., Singapore Builders See Force Majeure Advice as Coronavirus Causes Labor Crunch, U.S. News & World Report, Feb. 18, 2020.

Whatever the law governing your contract, the threshold issue is whether it contains a force majeure or similar clause.  Such an act-of-God clause generally reads something like this:

Force Majeure [and/or: Hardship/Impracticability/Frustration/etc.].  No delay, failure or default, other than a failure to pay fees when due, will constitute a breach of this agreement to the extent caused by acts of war, terrorism, hurricanes, earthquakes, other acts of God or nature, strikes and other labor disputes, riots or other acts of civil disorder, embargoes or other causes beyond the performing party’s reasonable control.

That’s a simple clause. Force majeure clauses in major contracts cover many pages. The law generally is that “the event must not only be one included in the force majeure clause, but must be unforeseeable as well.”  Phibro Energy v. Empresa de Polimeros, 720 F. Supp. 312, 318 (S.D.N.Y. 1989) (citing U.S. v. Brooks-Callaway Co., 318 U.S. 120, 122-23 (1943)). If the clause applies, and the circumstance was unforeseeable, further performance is excused.  Of course, good lawyers can debate whether coronavirus is among “acts of God or nature” – probably is.

Much will depend on: whether your contract has a force majeure or some similar clause; the precise language of that clause; what was discussed at the time of contracting; the status of current contractual performance between/among the parties; and the state or country whose law applies, among other things. If you have a question, call a lawyer now.  Some contracts or laws may require a formal Force Majeure Notice. The longer you wait, the fewer your options.