Cannabis, Competition, and a Constitutional Crisis 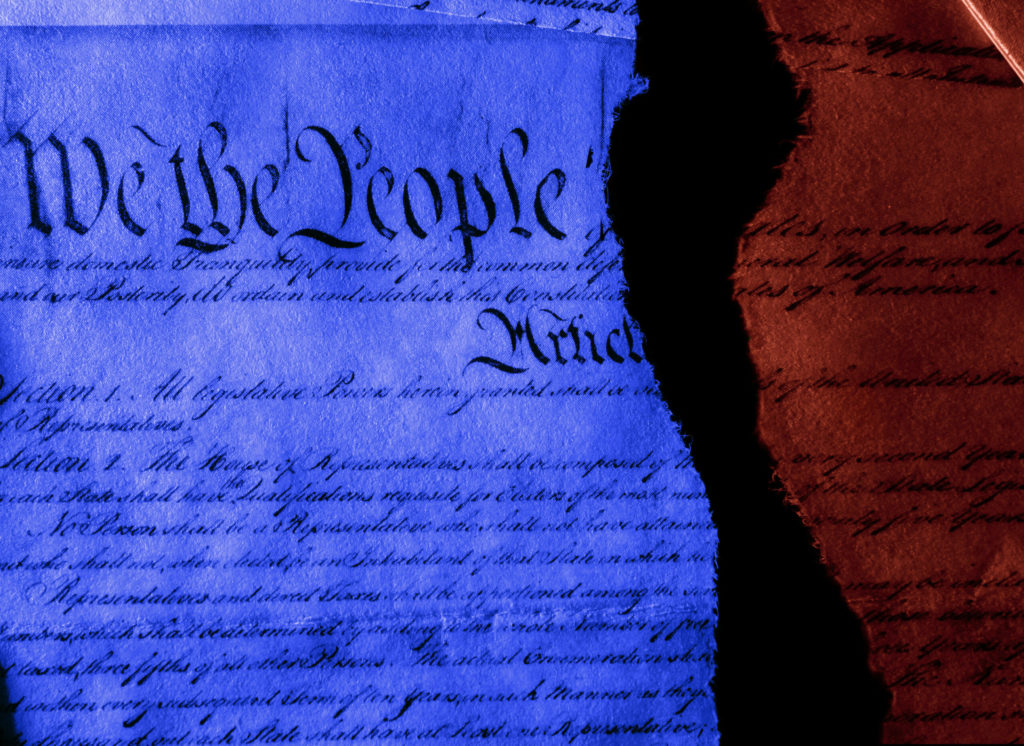 On June 23, 2020, John Elias, a career Department of Justice (DOJ) official, submitted written testimony to the U.S. House Committee on the Judiciary (the Committee) in response to a Congressional investigation into the politicization of the DOJ office under Attorney General William Barr. Elias claims Barr directed the DOJ’s Antitrust Division (the Division) to unjustly target cannabis company mergers because Barr personally dislikes the cannabis industry. The DOJ’s internal watchdogs investigated Elias’ claims against Barr and determined (1) the DOJ’s cannabis merger investigations were warranted given the complexity of the cannabis industry and the Division’s lack of experience with such companies, and (2) even if Barr had been motivated by his personal animus, that would not violate any law, regulation, or policy.

Elias provided live testimony to the Committee on June 24 and Barr is scheduled to do the same on July 28, however, it’s likely he will not address this cannabis controversy given the long list of high-profile scandals involving Barr and the DOJ. A recent Forbes article by Matt Perez provides a timeline of the various controversies surrounding Barr, including his handling of the Mueller investigation, the prosecution of Michael Flynn and Roger Stone,  and the sudden removal of US Attorney Geoffrey Berman. Perez’s article even refers to these cannabis claims as a “tangent.”

Perez may be right that in the grand scheme of things, these cannabis claims are a tangent, but we are the Canna Law Blog and a story about the DOJ, federal antitrust law, and cannabis mergers is what we call a feature!

It bears repeating that John Elias is a career employee of the DOJ’s Antitrust Division, not a cannabis activist. Elias served under the Bush, Obama, and Trump administrations and he brought his action because he was troubled by what he sees as an out of control and vindictive DOJ:

I have undertaken whistleblower activity, and am here today, because I recognize the imperative for law enforcers to operate even-handedly and in good faith. During my career at DOJ, I have been taught to do the right thing, for the right reasons, in the right way.

Elias’ testimony focused, in part on “ten full-scale reviews of merger activity taking place in the marijuana, or cannabis, industry.” Elias claims that Barr ordered the DOJ’s Antitrust Division to investigate these ten proposed mergers because Barr “did not like the nature of their underlying business,” rather than out of a desire to investigate potentially anti-competitive activities.

Elias’ outlines the “Standard Merger Review Process” of the Antitrust Division. First, the Division identifies and reviews proposed mergers most likely to result in a violation of antitrust laws and then decides whether to undertake an investigation. The Division uses “market shares as a key indicator of whether to give routine clearance or to perform the full and most searching examination of the merger by issuing what is called a ‘Second Request’ subpoena. It usually takes high market shares – typically double-digit market shares – to trigger the extended review process.” Second Request investigations are infrequent because they are very burdensome. Only 1-2% of all mergers filed with the Antitrust Division result in a Second Request investigation.

According to Elias, in 2019, the Antitrust Division reviewed the proposed merger between cannabis businesses and determined that further investigation was not required:

[T]he Antitrust Division reviewed the proposed combination of MedMen and PharmaCann, two companies that supply cannabis. When career staff examined the transaction, they determined that the cannabis industry appeared to be fragmented with many market participants in the states that had legalized the product. As a result, they viewed the transaction as unlikely to raise any significant competitive concerns.

Despite this, Barr ordered the Division to issue Second Request subpoenas. The Antitrust Division obtained 1.3 million documents from the two companies. In the end, the Division confirmed the markets were “unconcentrated” with no antitrust violations. The merger between MedMen and PharmaCann ultimately fell through. The burden of responding to these subpoenas did not help.

Before providing his written testimony to Congress in December 2019, Elias, along with one other whistleblower, requested another wing of the DOJ, the Office of Professional Responsibility (OPR) investigate the huge number of Second Requests directed at cannabis companies. After Elias’ damning testimony broke on June 23, Politico obtained a copy of OPB’s report.

OPB determined Barr’s conduct was justified, in part, because “[t]he cannabis industry provided a unique challenge to federal and state regulators alike, and it was reasonable for the [Antitrust Division] to seek additional information from the industry through its Second Request process.” But the OPR report went a step further and found that even if the whistleblowers’ allegations were true, OPR finds that the Antitrust Division’s “Second Requests would not have violated any relevant laws, regulations, rules, policies, or guidelines.”

As a lawyer who believes in the equal enforcement of our laws, I find it very concerning that the OPB found that it did not matter whether Barr was motivated by anger towards the industry in deciding to allocate substantial taxpayer resources to investigating these ten mergers.

The Complicated Relationship Between the Cannabis Industry and the Feds

The cannabis industry has grown rapidly since Colorado and Washington first legalized recreational marijuana in 2012. As the industry has expanded, federal agencies have had to come up with strategies for addressing businesses that operate in violation of the Controlled Substances Act. In a 2016 Canna Law Blog post, Hilary Bricken outlined this phenomenon by listing some of the approaches taken by the federal government:

It’s no secret that in the wake of the 2013 Cole Memo federal agencies greatly vary in how they treat marijuana businesses. The Department of Justice has opted to “stand down” for now in those states with “robust state marijuana regulations.” The Internal Revenue Service will not relent on enforcing section 280e against cannabis businesses, even though to do so means marijuana businesses are treated far more harshly than other businesses. The Bureau of Reclamation blocks federally-regulated water for cannabis growers. The federal courts refuse to provide bankruptcy relief for marijuana businesses. The U.S. Patent and Trademark Office generally will not allow trademarks for marijuana products. The U.S. Postal Service will not permit advertisers to place marijuana ads in the mail. The Food and Drug Administration has gone after “CBD companies” for making allegedly unsubstantiated medical claims about their products. And yet the National Labor Relations Board has gone after dispensary owners for union busting, the Securities Exchange Commission is allowing ancillary businesses to trade in the pink sheets, and the Department of Treasury–through FinCEN–has slowly opened the door for banks to do business with those in the cannabis industry.

If you follow cannabis, you’ll also know that the M&A market in various states has remained hot for sometime now, especially as cannabis licenses become harder to come by for one reason or another. You can now add the Department of Justice (DOJ) to the list of federal agencies participating in and around the cannabis industry, and no, it’s not for criminal prosecution reasons. Quite the contrary–the DOJ is taking a harder look at bigger cannabis mergers to ensure that federal antitrust competition laws are not being violated. Namely, it is checking to make sure the deal will neither create a monopoly nor reduce competition or innovation. Though this may sound troubling, it actually signals that the DOJ is taking cannabis mergers seriously in how they may or may not affect competition and consumers in the cannabis industry.

At that time we had no way to know the extent to which cannabis mergers would be subject to Second Requests, but as Hilary’s posts show, increased federal government regulatory scrutiny is a reality for most cannabis businesses. By way of another example, the IRS is much more likely to audit marijuana businesses than their non-marijuana counterparts.

William Barr has twice held the office of Attorney General. He was first appointed by George H.W. Bush in the early 1990s and held the office until Bill Clinton defeated Bush in 1992. Barr has always believed the key to winning the war on drugs is  through punitive enforcement and he has consistently supported mass incarcerations, signing off on a report titled “The Case for More Incarceration.” In a 2001 retrospective interview on the Bush Presidency, Barr criticized federal judges who complained to his office about having to hear so many cases involving violent crimes:

I said to them privately, and said a number of times publicly, that this was elitist nonsense, that they were there to serve the people, and if this was a high federal priority, they’d do their jobs as judges. They’re not above the fray, and the fact that they would rather piddle around with some antitrust case or something else was irrelevant. I had no sympathy for their bitching about those kinds of crimes in federal court.

If nothing else, Barr’s time at the DOJ indicates he cares a lot more about cannabis and drugs than he does about antitrust, which is consistent with Elias’ claims that Barr was motivated by his dislike of the underlying cannabis business rather than concern over competition.

Skipping ahead to 2019, Trump appointed Barr after firing Jeff Sessions, who was a staunch and vocal opponent of cannabis legalization but did not actually do much of anything as AG to slow down legalization beyond rescinding the Cole Memo. When Barr was asked during his confirmation hearing about the tension between federal and state law on cannabis, he played it down the middle indicating that though he did not support state actors operating in defiance of federal law he also did not see a pressing reason to go after state-legal actors. That’s not how it has played out.

We may not know for many years why the DOJ’s Antitrust Division pushed so hard to investigate these ten cannabis companies, but we all know already there is something very fishy about it. What bothers me the most is how these investigations did and will continue to hamper the growth via mergers of the cannabis industry. What also bothers me — and something I cannot put out of my mind — is how threatening it is for the investigated cannabis companies to have to provide pretty much every document they have to Barr’s DOJ. Will the DOJ use these documents to pursue these companies and their executives for other things? Five years ago, this would not have occurred to me, but if Trump gets re-elected, this is a serious worry especially if Barr sticks around.

Compare Barr to the man he replaced, Jeff Sessions. Sessions hated marijuana but he was too incompetent to do anything other than rescind the Cole memo. The industry marched right along. Barr on the other hand, pulled the levers of the DOJ to investigate ten cannabis mergers without drawing any attention. Barr has quietly done more damage to the cannabis industry Sessions ever did with loud “Reefer Madness” rhetoric.  Sessions was bumbling and inept as AG. Barr is calculating and experienced, which makes him much more dangerous.

We would not have even known about Barr’s investigations if it was not for John Elias. It took guts for Elias to report what he saw as the DOJ’s unethical treatment of the cannabis industry. By doing so he has earned this cannabis attorney’s respect and he should earn the respect of anyone else who believes in the rule of law, as opposed to rule by law. I hope that there are other “John Elias” out there operating behind the scenes. We need them now more than ever.

The post Cannabis, Competition, and a Constitutional Crisis appeared first on Harris Bricken.