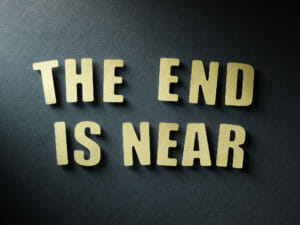 For over a year my colleague Jihee Ahn, an experienced intellectual property litigator, has tracked the first-ever cannabis patent infringement case United Cannabis Corporation v. Pure Hemp Collective Inc. (You can read about extraction, prior art, the Alice test, and claim construction process  here, here,  here, here). Recently she wrote about the anti-climactic end to that litigation caused by UCANN’s bankruptcy filing, which we first covered here, and noted that the Colorado bankruptcy court had issued an order to show cause why UCANN’s chapter 11 filing should not be dismissed because of UCANN’s ties to the marijuana industry.  (Chapter 11 is typically used to reorganize a business).

The court has yet to rule on whether UCANN’s filing should be dismissed, but a recent filing by the United States Trustee for Region 19 (the “Trustee”) gives further reason to believe the case will be dismissed.

By way of background, the United States Trustee Program is a component of the Department of Justice and is responsible for overseeing the administration of bankruptcy cases and private trustees under 28 U.S.C. § 586 and 11 U.S.C. § 101, et seq. The Program divides the country into a number of different regions—Colorado being in Region 19. The trustee in a Chapter 11 plays a significant role by monitoring the debtor, applications for compensation and reimbursement, and conducts the meeting of the creditors at the Section 341 meeting, where the trustee may question the debtor under oath. The trustee also imposes certain requirements on the debtor in terms of reporting income and operating expenses, establishing new bank accounts and paying employees. So the views of the trustee are important, if not dispositive in many instances.

The Trustee states that although UCANN’s filing in response to the court’s show-cause order denies any involvement with (federally) illegal marijuana, the Trustee’s response to that filing identifies “plain representations concerning marijuana-related assets or activities made in publicly available filings with the U.S. Securities and Exchange Commission . . and on [UCANN’s] website.” The Trustee states that the 911 Patent itself concerns THC by reference to “other cannabinoids,” and that UCANN has sought to obscure that fact in its bankruptcy filings. The Trustee goes on to quote language on UCANN’s website and in its security filings and language from the 911 Patent itself that appears to include THC formulations of cannabis. (The Trustee makes no argument regarding the .3% permissible levels of “total thc” under the 2018 Farm Bill.)

The Trustee argues that is “clear” that the licensees are authorized to use the 911 Patent and that the 911 Patent pertains in part to THC. The Trustee asks the Court to compel UCANN to explain whether the license agreements contemplate the use of the 911 Patent to manufacture, sell, or distribute productions containing THC. If so, says the Trustee, UCANN is “asking this Court to entangle itself in readjusting the debts of those who seem to have conspired to violate the [Controlled Substances Act]”. Obligations “incurred to further criminal conduct,” says the Trustee, “cannot be a valid purpose of a bankruptcy.”

In conclusion, the odds of UCANN continuing with its Chapter 11 reorganization seem to be diminishing.  Although businesses strictly involved in hemp should not experience the issues in the UCANN case, any business organization that is involved in both state-legal marijuana and hemp should investigate how to prevent the state-legal-marijuana business from precluding bankruptcy for the federally legal hemp business. Even hemp businesses that sell products into a marijuana marketplace may potentially be viewed as engaging in unlawful federal activity. Whether and how hemp may be separated from marijuana for bankruptcy purpose is new territory. Stay tuned.

PrevPreviousCannabis Litigation in the Time of COVID-19
NextCredit Unions and Hemp: New Federal Guidance is Here!Next