Cannabis Patent Holder UCANN Files for Bankruptcy. Will it Work? 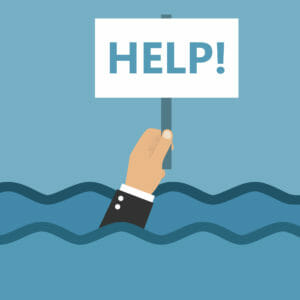 Colorado-based United Cannabis Corporation (“UCANN”) filed for Chapter 11 bankruptcy protection on April 22. Regular readers may recall that UCANN is the plaintiff in the first ever cannabis patent protection case which generally concerned liquid cannabinol formulations of a purified CBD and/or THC greater than 95%. That litigation is now stayed (paused) as a result of the bankruptcy filing. Although stories of struggling cannabis businesses—whether marijuana or hemp—are becoming all too commonplace, that UCANN even filed for federal bankruptcy protection is worth some attention.

Not that long ago, the notion of a cannabis company filing for bankruptcy was a nonstarter. We’ve been tracking this issue since 2014 when the odds of a cannabis company obtaining bankruptcy protections were “none to none.” (“Slim” was far too generous.) But as cannabis acquires legal legitimacy—whether that’s for getting high or for industrial hemp or the medicinal qualities of marijuana and CBD—bankruptcy courts have begun to take a look “under the hood” of matters that have some connection to cannabis, rather than toss them outright.

In 2019, the Ninth Circuit Court of Appeals—the federal appellate court that hears appeals from the trial courts of the west coast as well and nearby western states—upheld the confirmation of a Chapter 11 reorganization that was connected to the marijuana industry. The case is Garvin v. Cook Investments NW, SPNWY, LLC. The debtor (i.e. the entity that filed for bankruptcy protection) leased land to a marijuana farmer legally under state law, but in violation of federal law. That this Chapter 11 reorganization’s connection to marijuana did not result in outright dismissal is a sign of growing recognition by the courts that legalized marijuana is here to stay, even if the end of federal prohibition remains a long way off.

Although Garvin provides some hope for cannabis businesses in need of Chapter 11 reorganization, it is no panacea. Other courts continue to take a dim view of bankruptcy involving marijuana and recognize that this area of the law is in flux.

A recent well-written decision by the bankruptcy court in Colorado (where UCANN filed), In re Malul, No. 11-21140-MER (D. Br. Colo. Mar. 24. 2020), offers readers a frank view of the “gray areas” in cannabis bankruptcy law. (Feel free to email me for a copy of the order). Here is the opening paragraph of Chief Judge Romero’s opinion:

If the uncertainty of outcomes in marijuana-related bankruptcy cases were an opera, Congress, not the judiciary, would be the fat lady. Whether, and under what circumstances, a federal bankruptcy case may proceed despite connections to the locally “legal” marijuana industry remains on the cutting-edge of federal bankruptcy law. Despite the extensive development of case law, significant gray areas remain. Unfortunately, the courts find themselves in a game of whack-a-mole; each time a case is published, another will arise with a novel issue dressed in a new shade of gray. This is precisely one such case.

The opinion begins with a recitation of the facts and a concise explanation of the framework of marijuana-related bankruptcy law and the relation between the Controlled Substances Act and the Bankruptcy Code. The issue before the Court concerned the bankruptcy protections vel non available to an investor in a cannabis business and, for the sake of brevity, concerned whether the debtor could reopen her Chapter 7 bankruptcy because she learned of possible claims against a previously undisclosed investment in a marijuana business. The Court denied the debtor’s motion to reopen, concluding it not reopen the bankruptcy because the debtor’s “mere possession” of the rights and interests in a marijuana cultivation and sale business and prosecution of her claims in furtherance of those rights and interests constitute ongoing criminal violations of the Controlled Substances Act.

Judge Romero’s conclusion merits quoting in length for its views on the relationship of marijuana and bankruptcy law:

The result in this case emphasizes the need for professionals advising marijuana investors and entrepreneurs to account for the full breadth of prohibited acts under the CSA. There is only so much prospective guidance a bankruptcy court can offer on how any potential CSA violation will affect any particular bankruptcy case. The law on these issues is not only in its infancy, but the results are highly fact specific. In this case, Malul’s arguments regarding the lack of an ongoing marijuana operation or marijuana assets, even if correctly evidencing the lack of an ongoing violation of CSA §§ 841, 842 or 843, missed the ab initio illegality separately arising under CSA § 854 the moment the Subscription Agreement was executed. Perhaps such nuances call for extensive consultation with legal professionals having specific expertise in the prosecution or defense of CSA violations, in addition to consultations with experts in bankruptcy or general business law. Ultimately, participants in the marijuana industry will continue to experience difficulty and uncertainty in predicting the outcome of any particular marijuana-related bankruptcy case unless and until Congress provides a legislative solution to the divergent federal and state drug laws.

The Court may enjoy the opera, but anxiously awaits the fat lady’s song.

Judge Romero’s advice is relevant to any cannabis company considering bankruptcy or, for that matter, any investor or potential investor in a cannabis business. To be sure, UCANN filed under Chapter 11 and not Chapter 7, which was at issue in In re Malul. Its initial filing reflects debts between $1 million and $10 million to some 49 creditors and that it has assets in the same range. But whether UCANN can proceed in bankruptcy is doubtful as the judge overseeing that matter issued an order to show cause on April 23 why the case should not be dismissed because of UCANN’s ties to the marijuana industry.