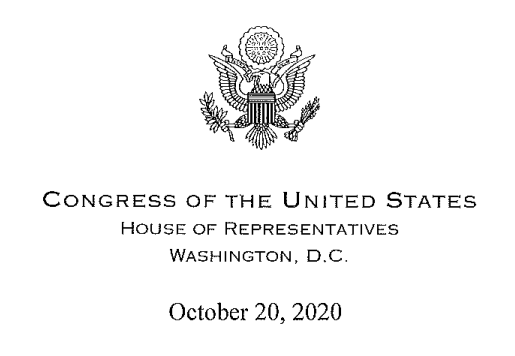 The hemp industry is not the only one that’s pushing back against the Drug Enforcement Administration (DEA)’s hemp Interim Final Rule (the “Rule”). If you read this blog, you’ll recall the hemp industry sued the DEA following the release of its Rule in August 2020. The Rule threatens the hemp industry because it wrongfully criminalizes the extraction process of hemp into derivatives, extracts and cannabinoids, which is a critical component of all hemp-derived products.

Last week, nine members of Congress issued a letter to the DEA’s Acting Administrator, Timothy Shea, to express their concerns regarding the Rule.

In their letter, the lawmakers explained having received countless calls from hemp constituents who are extremely fearful that conducting lawful activities under the Agriculture Improvement Act of 2018 (‘the “2018 Farm Bill”) will result in criminal liability under the Rule.

Despite this logical inference, the lawmakers explained, the DEA failed to recognize this nuance, along with the clear legislative intent of the 2018 Farm Bill, when it drafted the Rule that states:

“any such material that contains greater than 0.3% of Δ9-THC on a dry weight basis remains controlled in schedule I.”

Moreover, the nine lawmakers argue that the Rule fails to acknowledge the well-known fact that the process by which hemp is extracted into derivatives, extracts and cannabinoids can, and almost always, results in increased delta-9 THC levels, even if the finished hemp product meets the lawful THC threshold imposed under federal law. This, the letter provides, means that, pursuant to the Rule, extracting hemp may cause hemp processors to temporarily possess a controlled substance, which would clearly violate the legislative intent of the 2018 Farm Bill.

In light of these issues, the lawmakers asked that the Rule be revised to (1) be consistent with the letter and intent of the 2018 Farm Bill, (2) eliminate all ambiguities regarding the legality of intermediary hemp, but also (3) protect a nascent, flourishing economy. Indeed, the letter explains that:

“[t]he hemp industry in the United States is estimated to be worth approximately $10.3 billion by 2024, increasing from $1.2 billion in 2019. This industry is capable of incredible growth and is a source of immense livelihood for Americans, all of which is at risk under the [Rule]’s interpretation.”

The letter was submitted on October 20, which marked the last day public comments concerning the Rule could be accepted. It now remains to be seen whether the DEA will take into consideration these recommendations as it proceeds with the formal adoption of the Rule. However, given the recent lawsuit brought forth against the DEA and its Rule, the agency may not get to proceed with the rule making process. Indeed, if the United States District Court for the District of Columbia were to grant the hemp industry an injunctive relief, the DEA would be prevented from enforcing and revising the Rule until the court hears the case, which may not be for another year.

PrevPreviousCannabis Litigation: What is My Marijuana Dispensary Worth?
NextCannabis Legalization: What’s At Stake on Election DayNext