Does the Fair Labor Standards Act Apply to Cannabis Businesses? The U.S. Supreme Court May Decide 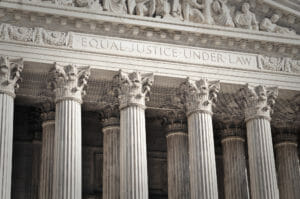 Cannabis isn’t federally legal. Companies who operate in the cannabis space really only have the protection of the state’s laws in which they operate. Even full compliance with state laws is no shield to federal penalties or enforcement. Also, there is always a risk that cannabis contracts may not be upheld in court because they involve a federally illegal substance. For these reasons, we see a lot of really strange things in cannabis law that don’t really happen anywhere else. I wrote about this late last year. See here.

One of the things that prompted my last post was the federal appellate court decision before the Tenth Circuit Court of Appeals in  Kenney v. Helix TCS, Inc. For a full summary of that case, you can read our post here. For a cliff’s note version:

Helix TCS, INC. (“Helix”) provides security services to cannabis businesses. Kenney, an employee of Helix, was classified as an exempt employee, meaning Helix did not pay him overtime pursuant to the requirements of the FLSA. Kenney brought suit against Helix claiming he was misclassified as exempt and should have been paid overtime.

Helix moved to dismiss the case, arguing that Kenney was not entitled to the protections of the FLSA because cannabis was entirely forbidden under the CSA. The district court denied the motion to dismiss but certified the ruling for immediate appeal to the Tenth Circuit Court of Appeals.

On Appeal, Helix contends that its employees are not entitled to the protections of the FLSA. Helix’s main argument is that all participants in state recreational marijuana industries assume the risk that their activities will subject them to federal criminal sanctions and therefore they are not entitled to benefits under federal law, and cannot expect federal court to aid their conduct. Essentially Helix is arguing that the federal government would be assisting employees in drug trafficking if they afforded the employees the protections of the FLSA.

On September 20, 2019, a three-judge panel of the Tenth Circuit issued an opinion unanimously disagreeing with Helix and holding conclusively that the FLSA does apply to cannabis businesses. In one part of the Kenney opinion, the court noted that “case law has repeatedly confirmed that employers are not excused from complying with federal laws just because their business practices are federally prohibited.”

The opinion was concise and clear: “the FLSA is focused on regulating the activity of businesses, in part on behalf of the individual workers’ well-being, rather than regulating the legality of individual workers’ activities.” In conclusion, the court held that the FLSA does apply to cannabis companies and allowed the case to proceed. It seemed like this would be the end of the issue. It was not.

After the Helix opinion was issued, Helix asked the Tenth Circuit judges to rehear the case en banc. This is just a legal way of saying they wanted all judges in the appellate court to rehear the case unanimously. That request was denied earlier this year. Then, Helix filed a petition for writ of certiorari with the United States Supreme Court (i.e., they asked the Supreme Court to decide that the Tenth Circuit got the issue wrong).

To be clear, this case probably is going nowhere. The vast majority of Supreme Court certiorari petitions are not granted and those cases are not reheard. In those cases, the ruling of the applicable appellate court panel will stand. Chances are, the U.S. Supreme Court will not even review this case.

But what happens if the Supreme Court does review the case? Will the court actually disagree with the Tenth Circuit? Probably not. It’s hard to see how the Court would disagree that federal employment laws apply to cannabis businesses. It’s settled law at this point that tax laws apply to cannabis businesses, for example. Even though those laws are admittedly very different, we just do not think the Court would give cannabis companies carte blanche to not comply with federal wage laws.

Also very possible is the risk of drastically unintended consequences. If the Court takes the case up, it may reaffirm federal illegality in a manner that is very detrimental to states that have legalized cannabis and operators within those states. There is a lot we don’t yet know about how this will unfold. Stay tuned to the Canna Law Blog for more updates.

The post Does the Fair Labor Standards Act Apply to Cannabis Businesses? The U.S. Supreme Court May Decide appeared first on Harris Bricken.