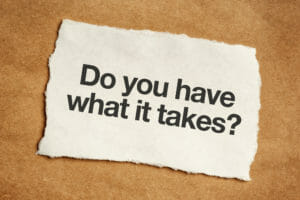 Last year, the European Union reclassified extracts of Cannabis sativa L. and derived products containing cannabinoids, including CBD, as a “Novel Food” under the EU Novel Food Catalogue. The reclassification was based on the lack of demonstrated history of human consumption of these extracts and of any product to which they might be added.

Indeed, pursuant to Regulation (EU) No 2015/2283 (the “Regulation”), a “novel food” is any food that was not significantly used for human consumption within the European Union before May 15, 1997. As such, a novel food must be approved by the European Commission (the “Commission”) and the European Food Safety Authority (“EFSA”), which is the Food and Drug Administration’s European counterpart, before it can be lawfully marketed.

As of today, the EFSA has received no less than 45 novel food applications for CBD-infused products, coming from the Netherlands, the United Kingdom, Czech Republic, Slovenia, Switzerland and the United States.

It’s important to know that the approval of one CBD-infused product will not authorize the sale and market of all CBD-infused products. Indeed, any product that differs from the one(s) approved also will need to go through the Novel Food Application process.

Given the cost and time required to secure a Novel Food approval, and given the non-binding nature of the Regulation, many business are deterred from pursuing Novel Food classification. However, several countries (e.g., Austria, Belgium and Spain) have banned the sale and marketing of CBD products without a Novel Food classification. These states have taken frequent enforcement actions against non-compliant local businesses. Consequently, stakeholders should seriously consider these risks before venturing into the European CBD market without securing a Novel Food authorization.