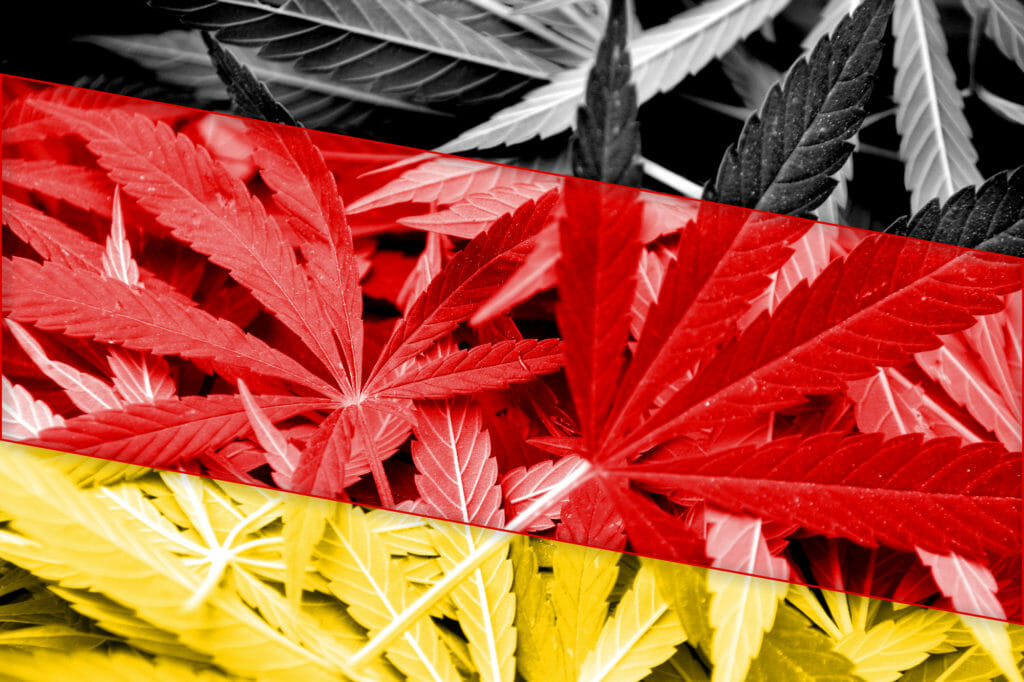 We’ve been writing about various European countries’ approaches to regulating hemp (or auf Deutsch, Hanf) and hemp-derived cannabidiol (which I’ll refer to as “CBD”). While readers of the blog know that the legalization of hemp via the 2018 Farm Bell led to a massive CBD explosion in the United States, it’s only starting to dawn on folks in the U.S. that the CBD craze is global. In fact, our team of hemp lawyers just led a pretty awesome webinar on the international cannabis market, which you can watch for free here.

Not only is hemp blowing up stateside, but Europe is also experiencing a huge uptick in the sales of these products, which are expected to reach nearly $1.7 billion by 2023 (in my opinion, it’ll be even more than that). With that in mind, let’s dive into Deutschland’s approach to hemp and CBD—and read some entertainingly long words along the way.

Hemp is somewhat regulated under Germany’s equivalent of the U.S. Controlled Substances Act, the Betäubungsmittelgesetz (“BtMG”). BtMG section 19(3) gives primary cultivation authority over hemp to the Federal Office of Agriculture and Food, the Bundesanstalt für Landwirtschaft und Ernährung (“BLE”). Article 24a requires annual reporting to the BLE by German hemp cultivators. More information about German hemp cultivation can be found here. And an appendix to the BtMG (see subsection (b) under Cannabis) notes that certain hemp products are exempt from the definition of “cannabis”.

According to a report by the Federal Ministry for Food and Agriculture, the Bundesministerium für Ernährung und Landwirtschaft (“BMEL”), there were 575 registered hemp cultivators as of 2019 (see the link for Betriebe mit Anbauflächen für Nutzhanf und Flachs). While this isn’t a terribly huge number, it will almost certainly increase year-to-year, especially as CBD products become more commercially marketable, which I will discuss below.

In Foods and Beverages

The European Union imposes different regulations on what it considers to be “novel foods”—basically, foods that weren’t used in the EU before May 1997. This is known as the novel foods regulation, or EU Regulation 2015/2283. Guidance issued by the EU on a plethora of various cannabinoids suggest that foods containing hemp-derived cannabinoids (and not just CBD) are considered novel foods because there has been no demonstration that they were consumed prior to the 1997 date. If something is a novel food, then certain regulatory approvals are needed to advance it in the market. We wrote about them here, and the EU summarized them here. Needless to say, it’s a long process.

In March 2019, the Federal Agency for Consumer Protection and Food Safety, or Bundesamt für Verbraucherschutz und Lebensmittelsicherheit (“BVL”), published a statement indicating that dietary supplements containing CBD were considered novel foods and therefore required approval (including a demonstration of safety) pursuant to Rule 2015/2283. BVL is the German agency responsible for approving novel foods, so needless to say, this was a big deal.

If you’re thinking that German CBD’s fate was settled, not so fast. After BVL issued the above opinion, the European Industrial Hemp Association (“EIHA”) challenged BVL. EIHA argued that there is a difference between hemp extracts and isolates, and that it was correct to note that foods containing isolated CBD were indeed novel.  But with respect to hemp extracts, since hemp had been used in various products basically forever, EIHA argued that the BVL could not categorically state that all CBD products constituted novel foods.

In early March 2020, BMEL appears to have agreed with EIHA that products that contain extracts from hemp plants are not novel foods and don’t require special procedures to be made. This does not automatically apply for isolates or products pumped full of CBD. The one draw here is that the BVL’s former opinion still stands. It remains to be seen whether the agencies will harmonize their opinions in the coming months.

One thing is clear however—CBD products may be able to be sold in Germany, the process for doing so is just not fully developed yet.

The EU maintains a “CosIng” database for cosmetic regulations. According to the EIHA, this list is not legally binding but serves as a guideline for EU member states to adopt regulations concerning cosmetic products. CosIng contains prohibitions for CBD derived from cannabis and synthetic CBD. In each case, the prohibition seems to extend only to cannabis-derived CBD, which creates a good deal of confusion concerning what can and cannot be used in cosmetics. To clarify this confusion, EIHA proposed allowing hemp-derived CBD to be added to cosmetics so long as it does not contain more than 20 ppm THC. According to at least one source, the EIHA was able to persuade the EU.

When it comes to Germany specifically, there is yet another German agency that regulates CBD products: the Federal Agency for Pharmaceutical and Medical Products, or Bundesinstitut für Arzneimittel und Medizinprodukte (“BfArM”). As a side note, BfArM also oversees Germany’s burgeoning medical cannabis industry.

In its own set of FAQs, BfArM said that cosmetics containing hemp derivatives may be permitted if they are not meant to be orally consumed and can be demonstrated not to be misused for intoxication. So it’s still a bit unclear what steps need to be taken with respect to CBD cosmetics in Germany. That’s not stopping chains in Germany from stocking CBD cosmetics.

It looks like there will be an interesting path ahead for German CBD cosmetics and other products. So stay tuned to the Canna Law Blog for more updates.