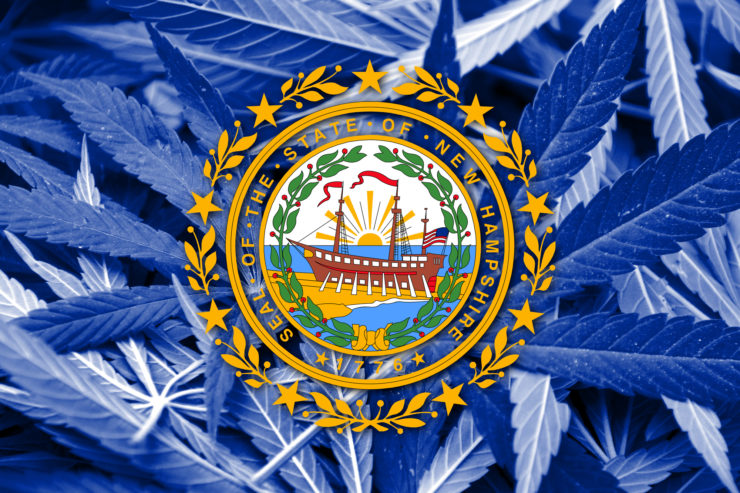 In light of these legislative changes, we are presenting a 50-state series analyzing how each jurisdiction treats hemp-derived cannabidiol (“Hemp-CBD”). Each Sunday, we summarize a new state in alphabetical order. Today, we cover New Hampshire.

In 2019, the New Hampshire legislature passed HB 459, a piece of legislation aimed at establishing hemp cultivation in New Hampshire. HB 459 defines hemp as an agricultural product that may be cultivated in New Hampshire. The law requires that growers, processors, and “commercial traders” of hemp to be registered with the USDA. The law also established a committee to study the administrative mechanisms for permitting growing hemp in New Hampshire consistent with the 2018 Farm Bill, as well as the labeling requirements for hemp products sold in the state.

The committee was supposed to have reported its findings by November 1, 2019. However, it looks like that report has not been made as the committee was only relatively recently formed and thus the state is not yet fully open for hemp production. Just a few weeks ago, however, the legislature introduced HB 1658, which if passed will create a hemp registration program in Hew Hampshire. However, this is unlikely to pass for at least a few months as it goes through the normal legislative process, so for now the state is left with HB 459.

As to Hemp-CBD, a guideline issued by the New Hampshire Liquor Commission in 2018 and revised in June 2019 states that Hemp-CBD may not be added to foods or alcohol products in New Hampshire. It does not appear that any state agency has weighed in on other classes of products, but because the above guideline incorporates the Food and Drug Administration’s (“FDA”) position on Hemp-CBD foods, it’s safe to assume that the state would follow the FDA’s position on other products.

That said, in December 2019, the state legislature introduced HB 1581, a bill that would regulate the sale of Hemp-CBD products. The law would require that such products be manufactured in New Hampshire, would impose testing and labeling requirements on the processor, and would require that any hemp product produced in New Hampshire be registered with the state Department of Agriculture, Markets, and Food (“NHDAMF”). The law also gives NHDAMF, after consulting with the department of health and human services, the authority to regulate Hemp-CBD products.

For now, the law’s not well-settled in New Hampshire. If these new proposed laws pass, there will be big changes in the state. However, since these laws were only just introduced, it is difficult to anticipate whether they will pass or, if they do, what changes would be made in the legislative process.

Stay tuned to the Canna Law Blog for updates on New Hampshire Hemp-CBD. For previous coverage in this series, check out the links below: