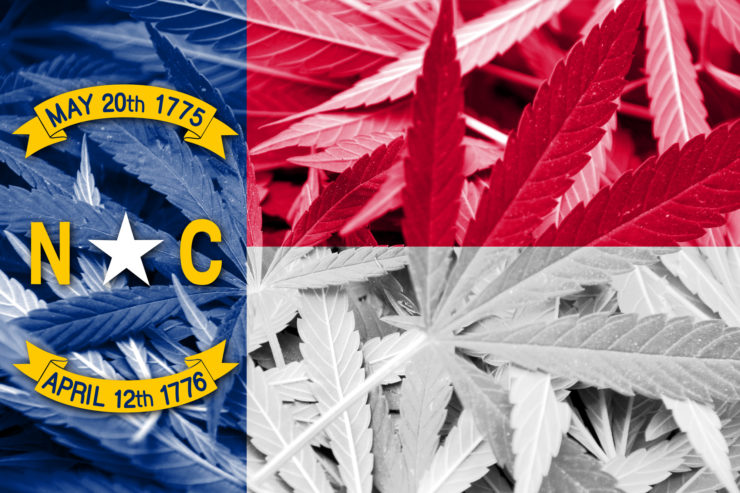 In light of these legislative changes, we are presenting a 50-state series analyzing how each jurisdiction treats hemp-derived cannabidiol (“Hemp CBD”). Today we turn to North Carolina.

The North Carolina Department of Agriculture (“NCDA”) provides a useful summary of the state’s law regarding hemp cultivation:

Hemp production has been legalized in North Carolina, but only as part of the state’s pilot program as allowed under federal law. The N.C. General Assembly passed Senate Bill 313 in 2015, allowing the Industrial Hemp Commission to develop the rules and licensing structure necessary to stay within federal laws. The law was modified in 2016 in House Bill 992. The Industrial Hemp Commission adopted temporary rules for review in February 2017; these were approved by the Rules Review Commission of the Office of Administrative Hearings.

Currently, NCDA is operating under the 2014 Farm Bill, not the 2018 Farm Bill. Apparently, that’s how the state wants to continue to operate.

On December 19, 2019 the North Carolina Industrial Hemp Commission (the “Commission”) sent a letter USDA Secretary Sonny Perdue. The Commission is a group of individuals, appointed by the Governor and representing agricultural and law enforcement interests, who have the authority to oversee the hemp cultivation in North Carolina.

The Commission’s letter is worth reading. In short, the letter basically opts out of the USDA’s hemp cultivation program meaning that North Carolina will continue to operate under the 2014 Farm Bill until its hemp provisions expire on October 31, 2020 or “until a viable pathway forward is available to satisfy federal and state requirements.” This is in large part due to the USDA’s interim hemp rules, which the Commission believes “do not provide a framework flexible enough to ‘help expand production and sales of domestic hemp, benefiting both U.S. producers and consumers.’”

The Commission goes on to outline “significant concerns” with the interim hemp rules:

On January 31, 2020, NCDA sent a letter to hemp licensees stating that the future of the state’s hemp program was uncertain due to the decision not to submit a plan to the USDA. Attorney Rod Kight provides a copy of this recent letter on his blog, Kight on Cannabis.

North  Carolina issues licenses for hemp cultivation and requires that hemp processors be registered with the state and report to NCDA. When it comes to Hemp CBD products, North Carolina lacks robust regulation. For now, we just have guidance documents. According to a February 8, 2019, NCDA press release. Hemp CBD “cannot be legally added to any human food or animal feed that is for sale.” The press release also indicates that the state will seize or embargo products marketed as drugs. The sale of Hemp CBD cosmetic products are not explicitly mentioned in the press release.

Last year North Carolina lawmakers considered Senate Bill 315 (” SB 315“) which would amend state law on hemp in accordance with the 2018 Farm Bill and would also govern Hemp CBD products. SB 315 may have another chance this year but has come with some controversy.

SB 315 would grant NCDA the ability to “regulate cannabinoid related compounds” which would not include smokable hemp. NCDA would oversee good manufacturing practices for manufacturing, packaging, labeling, or holding operations for Hemp CBD. Manufacturing Hemp CBD products would require a valid NCDA license. A license would also be required for out-of-state and online retailers.

Much of the controversy surrounding SB 315 stems from the bill’s prohibition of smokable hemp, which is defined as “[h]arvested raw or dried hemp plant material, including hemp buds or hemp flowers, hemp cigars, and hemp cigarettes.” If passed, SB 315 would impose the following penalties related to smokable hemp on June 1, 2020:

SB 315 would also require that NCDA and other state agencies submit a report on smokable hemp to the legislature.

North Carolina has a lot going on with regards to Hemp CBD. Many pieces are still in flux as the state has essentially rebuked the USDA’s interim hemp rules and is grappling with Hemp CBD products including smokable hemp. We’ll continue to watch as things develop in North Carolina.

PrevPreviousUCLA Cannabis and the Law Series: “The Legal Landscape of Cannabis in California”
NextWhat To Consider Before Entering the European CBD MarketNext