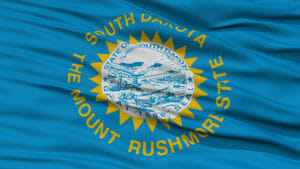 In light of these legislative changes, we are presenting a 50-state series analyzing how each jurisdiction treats hemp-derived cannabidiol (Hemp CBD). Today we turn to South Dakota.

South Dakota currently did not allow hemp cultivation until just days ago. Until relatively recently, the state’s governor, Kristi Noem indicated that she was extremely anti-hemp, but changed course late last year. The state was considering a law (HB 1008) that would allow for hemp cultivation for certain licensed businesses. That law was signed on March 27, 2020.

Per South Dakota’s new law, the state will submit a hemp production plan to the USDA for approval. This hasn’t happened yet. The state will require licenses, testing, and compliance with USDA rules. Notably, the law requires permits to transport hemp throughout the state, so presumably this applies to even people passing through. Unfortunately, the law also states that people transporting hemp are deemed to have consented to searches without warrants to determine whether hemp is actually marijuana. This seems rather suspect.

When it comes to Hemp CBD, South Dakota has been unfriendly. In early 2019, the state passed Senate Bill 22, which placed Epidiolex on South Dakota’s controlled substances law on Schedule IV. Also in 2019, the South Dakota Attorney General (AG) issued a statement clarifying that industrial hemp and all forms of CBD oil are illegal in the state, unless if prescribed in the treatment of epilepsy, which should continue to be considered.

That said, the new cultivation law allows for licensed processors to make “industrial hemp products” which are defined as “a finished manufactured product, or consumer product containing cannabidiol that is packaged for individual sale, with a delta-9 tetrahydrocannabinol concentration of not more than three-tenths of one percent, derived from or made by processing industrial hemp”. There’s not much more in the law on regulations relative to the sale of Hemp CBD products, except that the law prohibits the sale of hemp for smoking or inhaling. So a bit remains to be seen on how South Dakota will regulate Hemp CBD products.

For additional updates on changes to South Dakota hemp laws and Hemp CBD laws, please stay tuned to the Canna Law Blog.  For previous coverage in this series, check out the links below: