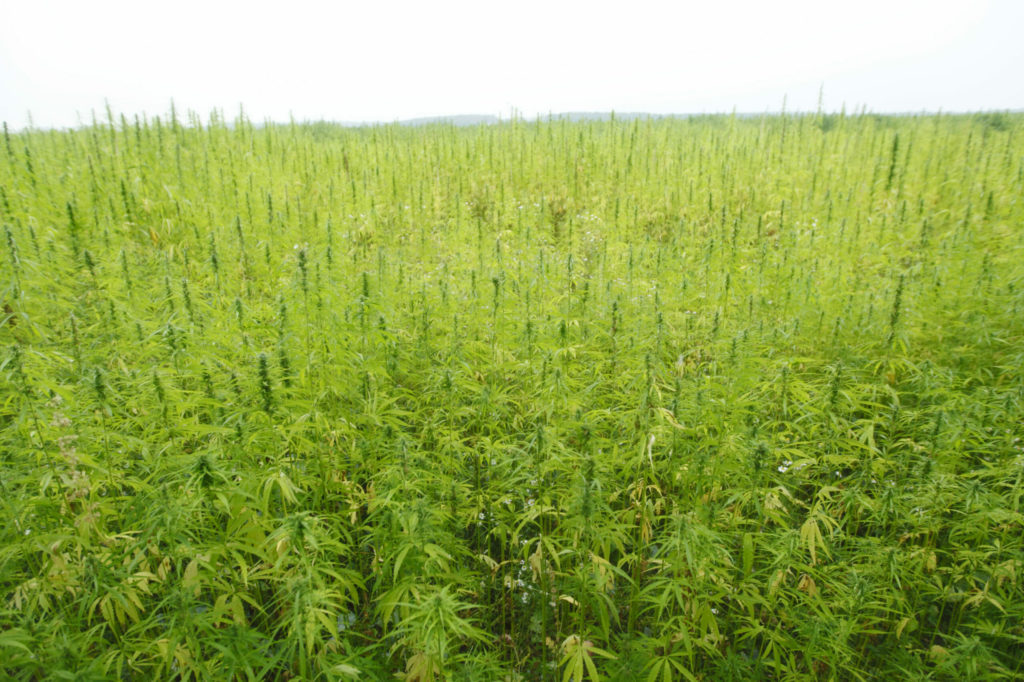 The Agriculture Improvement Act of 2018 (“2018 Farm Bill”) legalized hemp by removing the crop and its derivatives from the definition of marijuana under the Controlled Substances Act (“CSA”) and by providing a detailed framework for the cultivation of hemp. The 2018 Farm Bill gives the US Department of Agriculture (“USDA”) regulatory authority over hemp cultivation at the federal level. In turn, states and Indian tribes have the option to maintain primary regulatory authority over the crop cultivated within their borders by submitting a plan to the USDA (Note: The terms “Indian” and “tribes” are used in this post following the 2018 Farm Bill’s usage; it is also worth noting that the term “Indian law” is used by the Washington State Bar Association and the Oregon State Bar, among others).

This federal and state interplay has resulted in many legislative and regulatory changes at the state level. Indeed, most states have introduced (and adopted) bills that would authorize the commercial production of hemp within their borders. A smaller but growing number of states also regulate the sale of products derived from hemp. Our attorneys track these developments in real-time on behalf of multiple clients, and we provide a 50-state matrix showing how states regulate hemp and hemp products.

In light of these legislative changes, we are presenting a 50-state (and beyond) series analyzing how each jurisdiction treats hemp-derived cannabidiol (“Hemp CBD”). Our series would not be complete without a consideration of what is happening in Indian Country. This is in part because, generally, states do not have authority over tribal lands, a vast area of approximately 56.2 million acres dispersed across the United States. As a result, a failure to take into account tribal laws would leave an Idaho-sized gap in the national Hemp CBD map.

This is more than just an academic concern. Tribes have been actively taking advantage of the 2018 Farm Bill, which explicitly gives them the option of submitting hemp plans, resolving earlier ambiguities that resulted in state hemp prohibitions taking precedence over tribal law. The USDA has so far approved 32 tribal plans, almost twice the number of approved state plans (though many states are continuing to operate under 2014 pilot program rules). In addition to those plans that have been approved, an additional plan is under review, while another is pending resubmission. A further three tribes have expressed interest or intent to submit a plan to USDA in the future.

Tribes from 20 states have submitted or plan to submit plans. South Dakota is the state with the most activity, with seven tribes that have submitted or plan to submit a plan. California comes second with five tribes, while third place is shared by five states (Montana, Nebraska, New Mexico, New York and Oklahoma). Kansas and North Dakota have two tribes each, while Arizona, Colorado, Florida, Iowa, Michigan, Minnesota, North Carolina, Oregon, Texas, Utah and Wisconsin have one. Some tribes’ jurisdiction extends across state lines, and in those cases they have been counted separately for each state.

In general, tribal hemp plans are similar to those submitted by states. However, one distinction is that many tribal plans have provisions addressing the eligibility of non-tribal members to obtain hemp licenses. For instance, the Confederated Tribes of Warm Springs’ plan (which is also a tribal regulation) provides that hemp license applicants be a “wholly-owned tribal entity.” The term “tribal entity” is sometimes used to refer to an instrumentality of a tribal government, but in this context, it probably refers to a corporate entity that is wholly owned by members of the tribe. In any case, the point is that there is a limitation based on affiliation to the tribe. Based on the plan’s language, it appears that individual tribe members can also apply for licenses.

The La Jolla Band of Luiseño Indians’ plan is somewhat clearer on this score. It provides that only “Tribal members age of 21 and over, living on the reservation and Tribal entities” can apply for licenses. By contrast, the Pala Band of Mission Indians’ plan has no apparent restrictions of this kind. The Miccosukee Tribe on Indians of Florida’s plan explicitly provides for applications by businesses “not owned by the Tribe or a Tribal member,” provided they hold an Indian trader license.

In some instances, tribes are creating regulatory commissions, as is the case of Michigan’s Little Traverse Bay Bands of Odawa Indians. The Odawa’s commission will have between three and five members. Other tribes, such as the Miccosukee, are establishing the position of hemp control officer (HCO). Others, like the La Jolla Band, have not designated a specific instrumentality to serve as regulator.

One factor that has likely impacted each tribe’s choice of regulator is its size. For example, according to the La Jolla Band’s plan, the population of its reservation is 500. Similarly, the Miccosukee have about 600 members, according to the tribe. By contrast, the Odawa have over 4,500 enrolled members. Especially considering that conflicts of interest (such as tribal government positions or involvement with hemp businesses) are likely to rule out some candidates, it might be impractical for some of the smaller tribes to form commissions.

Most of the tribal plans do not address the legality or regulation of CBD products, and we must wait for additional regulatory action in the case of those tribes. However, some plans do provide some details of what the regulatory regime will be. For example, the Fort Belknap Indian Community’s plan provides that a license must be obtained in order to sell hemp products, including CBD products. The plan also provides that the inclusion of hemp in a consumable products “shall not by itself render the product misbranded or adulterated.”

The topic of tribal Hemp CBD calls for more exploration, and we will be doing just that in the months to come. We will be looking more closely at some of the technical provisions in the hemp plans, as well as keeping an eye on new submissions. In addition, we will be looking at the economic context in which tribal Hemp CBD activity is taking place, and exploring the intersection of Indian and cannabis law in more depth.