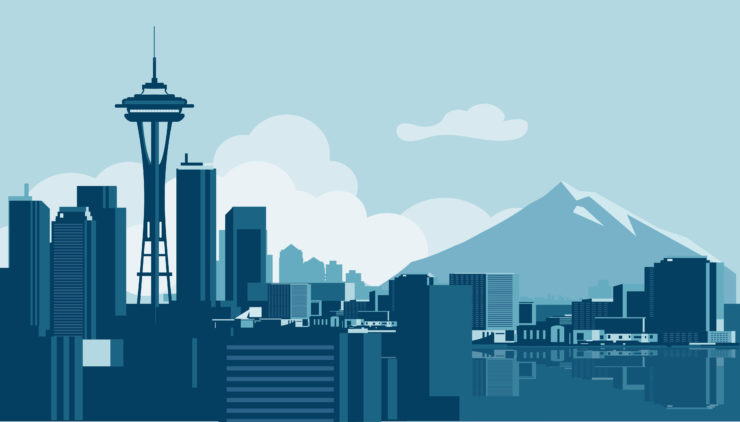 This is the second in a three-part series explaining why companies making and sell hemp-derived CBD products ought to be concerned about state consumer protection laws. Last week we looked at Oregon and an article on California is in the works. It probably comes as no surprise that companies selling hemp-derived CBD in the State of Washington ought to be very careful in how they market and advertise their CBD products.

The principle consumer protection law in Washington is the Consumer Protection Act (CPA). Enacted in 1961, the CPA was modeled after Section 5 of the Federal Trade Commission Act, 15 U.S.C. § 45, and its purpose is to protect the public and foster fair and honest competition. The CPA prohibits “unfair or deceptive acts or practices in the conduct of any trade or commerce.” “Unfair or deceptive acts or practices” is not defined and its meaning evolves via reasoned judicial decisionmaking.

Actions under the CPA may be brought by Washington’s Attorney General or by “any person” who is injured in her business or property. A private litigant may bring suit for injunctive relief, damages, attorneys’ fees and costs, and treble damages. Washington courts generally affirm awards of attorneys’ fees whenever there is an “injury” cognizable under the CPA and a trial court may award treble damages based on “actual” damages awarded by a jury up to a maximum of $25,000.

Washington does not require a consumer transaction between the parties, under the guise of a separate standing requirement. In other words, an actionable violation may occur without any consumer or business relationship between the plaintiff and the defendant. For hemp-CBD companies, this means an increase in the number of potential plaintiffs and a corresponding increase in the risk of being sued.

A claim under the CPA may be predicated upon (1) a per se violation of statute, (2) an act or practice that has the capacity to deceive substantial portions of the public, or (3) an unfair or deceptive act or practice not regulated by statute but in violation of public interest.

The plaintiff in a private CPA claim must prove (1) an unfair or deceptive act or practice, (2) occurring in trade or commerce, (3) affecting the public interest, (4) injury to a person’s business or property, and (5) causation. An act is “deceptive” if it is likely to mislead a reasonable consumer.

Notably, a plaintiff need not show that the act in question was intended to deceive the public, only that the alleged act “had the capacity to deceive a substantial portion of the public.” Hangman Ridge Training Stables, Inc. v. Safeco Title Insurance Company, 105 Wash.2d 778, 785, 719 P.2d 531 (1986). The means that a plaintiff suing your CBD company does not have to prove that your marketing and advertising was “intended” to deceive the public. Indeed, even a truthful statement may be found deceptive based on the “net impression” it conveys.

A recent decision by the Washington Court of Appeals, State v. Living Essentials, LLC, 8 Wash. App. 2d 1, 436 P.3d 857 (2019), highlights the risks to hemp-CBD companies in making advertising claims about their products. We have written quite a bit about these risks over the past year, including the rise in consumer class actions against hemp-CBD companies. Worth noting here is that the appellate court affirmed the trials court’s imposition of a $2,183,747 civil penalty on Living Essentials, who also was required to pay $1,886,866.71 in attorneys’ fees and $209,125.92 in costs.

The State of Washington sued Living Essentials under the CPA alleging Living Essentials made deceptive advertising claims about its product, 5-Hour ENERGY®. After an 11-day bench trial involving testimony from over witnesses and the admission of some 500 exhibits, the trial court agreed that Living Essentials’ advertising campaigns violated the CPA. (The costs of defending this lawsuit must have been enormous).

The trial involved three claims by Living Essentials, each found deceptive and in violation of the CPA:

The trial court found this deceptive because the studies presented by Living Essentials did not “clearly establish” that 5-Hour ENERGY®’s vitamins and nutrients would work synergistically with caffeine to make these benefits last longer than with caffeine alone. This claim was “plausible . . . but it remain[ed] a hypothesis, not an established scientific fact.”

The trial court found this advertisement deceptive because the “impression” left by the ad—that a majority of doctors would recommend 5-Hour ENERGY® to their patients—was not true.

For the sake of brevity, this post does not address every ground of reversal urged by Living Essentials. Instead this post focuses on the overlap between the CPA and the Federal Trade Commission Act (FTCA).

Court of Appeals does not adopt the FTCA’s “prior substantiation” doctrine wholesale, but permits its use in evaluating deceptive advertising claims under the CPA

The court’s reasoning likely means CBD companies need competent and reliable accepted scientific evidence of the benefits of their products. Although there are numerous studies regarding the benefits of CBD, it is an altogether different question whether such studies would satisfy a court. (E.g. see this recent “what we know what we don’t” post on CBD by the Harvard Health Blog). Notably, Living Essentials challenged the use of a “competent and reliable” standard with respect to prior substantiation and was quickly rebutted by the Court of Appeals which reasoned that standard has been a “benchmark” since at least 1984.

“Under the FTC’s prior substantiation doctrine, the court must determine the appropriate level of substantiation required for a claim to have a reasonable basis.” Living Essentials argued the trial court erred by using standard for claims that “relate to consumer health”— for which the FTCA requires a high level of substantiation. In such cases the representation must be non-misleading and be backed by backed by competent and reliable scientific evidence that is sufficient in quality and quantity to substantiate that the representation is true.

Although Living Essentials marketed 5-Hour ENERGY® as a dietary supplement, this did not necessarily mean Living Essentials’ representations were also health claims. And indeed they were not because Living Essentials did not make any claims that 5-Hour ENERGY® had “any direct impact on a disease or health related condition.” Accordingly, held the Court of Appeals, the trial court erred in using that standard for assessing substantiation.  (Note: the FDA does not allow marketing CBD products as dietary supplements).

Nonetheless, Living Essentials did not secure reversal. The CPA requires an advertiser have some “recognizable” substantiation for the representation prior to making it. Here, Living Essentials failed to present evidence that “anyone with any science training” had ever assessed the advertising claims and the science backing up those claims. (Asking an advertising director to conduct internet research was not adequate). Consequently, the trial court’s error in applying the higher standard did not require reversal.

The implications of this discussion for any company advertising CBD in Washington ought to be clear: be very very careful or you may find yourself defending an action that may subject you to injunctive relief, damages, attorneys’ fees and costs, and treble damages. We recommend that operators in Washington talk to their attorneys about labeling, marketing, and advertising practices before becoming a target.