How Washington Marijuana Businesses Have Stayed Open During the Coronavirus Pandemic 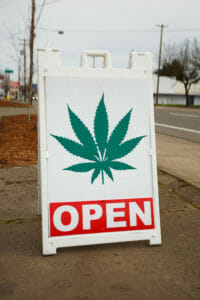 On January 21, 2020, a man in Washington State was diagnosed with the novel coronavirus after he traveled to China. This was the first confirmed case in the United States. A little over a month later, on February 29, a man in Washington died from what we were now calling COVID-19. This was the first reported COVID-19 death in the United States, though we would later learn that two residents of a nursing home in Washington State had died a few days before and a man in California’s autopsy later confirmed that he had succumbed to the virus on February 6.

At that point, everything began to accelerate. On March, 11  Governor Jay Inslee banned gatherings of more than 250 people in several counties. Washington was the first state to take what felt like an extreme measure of banning large gatherings. Twelve days later, on March 23rd, Inslee issued Washington’s state at home order shutting down non-essential businesses across the state. Among the few businesses deemed essential were the state’s marijuana retail stores, processors, and growers.

By now we’ve all become familiar with life under COVID-19 lockdown as these measures have been undertaken around the country and the world. The subject of reopening businesses has led to contentious debate and even protests. We don’t know when it will be safe to reopen or what will happen when we do but we do know that business is not going to simply go back to normal.

For one, it’s pretty clear that consumer habits are heavily influenced by the constant news cycle. I live two blocks away from a retail store in Seattle. In the days leading up to Governor Inslee’s lockdown, there was a line out the door every day. On March 23rd, the day the stay home order was announced, one client told me they were busier than they were on 4/20 most years. People were stocking up because at the time we didn’t know whether stores marijuana businesses would continue to operate, but we did know that lockdown was imminent.

After a few days, the lockdown surge balanced out but COVID-19 continued to alter consumer behavior. COVID-19 wreaks havoc on the lungs so many consumers are ditching smokable products like pre-rolls and vape cartridges for edibles and tincture. Jenni Avins wrote about this market trend for Quartz. Marijuana businesses must consider how these changing consumer trends will impact production lines. Marijuana cannot cross state lines, which means that marijuana economies are cut off from each other. There is no national supply chain so if a product starts running low its not as if products can be redirected from another region.

COVID-19 has also raised a number of employment issues for marijuana businesses. For example, Governor Inslee issued a proclamation protecting the jobs of employees at a high risk of contracting COVID-19. This raises the question of what to do when an employee does not come into work due to the risk of COVID-19. Everyone should be cautious of COVID-19 as it can be deadly regardless of your general health. For those over 65 and those who are immune-compromised, caution is a matter of life and death.

Inslee’s proclamation to defend the jobs of “high risk” individuals is important policy as it means that they will not be laid off or fired because their health makes them especially susceptible to COVID-19. For the many small marijuana businesses, with only a few employees, that means business has to stop. In addition, “high risk” is a general term that Inslee doesn’t explicitly define. The proclamation references the Center for Disease Control’s guidance on what makes someone “high risk” but there are not clear lines. In addition, state and federal laws limit what an employer can ask an employee about employee health, and requires that employers make accommodations for employees with disabilities.

Marijuana employers also must make sure that the employees who are at work are protected. In Washington, there are minimum standards established by the state, such as providing enough space for social distancing (6 feet apart) and allowing employees to wash hands frequently. These measures are  required by all businesses, not just those with marijuana licenses but marijuana businesses are heavily regulated by the Liquor and Cannabis Board (“LCB”) who are making sure those minimums are met.

Many marijuana businesses in Washington have continued operations despite not really being able to implement meaningful work from home measures due to the nature of the work. You can’t really grow, process, or sell marijuana from home. Well, not legally at least. Business has adapted during this process to protect employees. There have been trainings on hygiene and health. Some businesses have limited hours to allow nightly cleaning. Other have designed shifts to minimize the spread of COVID-19 by creating small groups that don’t overlap (meaning that if one person gets sick it won’t spread to the entire staff). I’ve been telling my clients to document everything they are doing so that if the issue ever arises, they can show that they took reasonable steps to keep their employees and customers safe.

These are just a few examples of what it’s like to operate a business in the new normal. As we see other businesses reopen, they’ll face the same issues and challenges. For now, marijuana businesses in Washington provide guidance on economic activity during COVID-19.

The post How Washington Marijuana Businesses Have Stayed Open During the Coronavirus Pandemic appeared first on Harris Bricken.