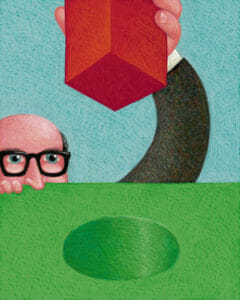 One of the main reasons why “marijuana” remains a federally illegal, Schedule I controlled substance is that, according to the Feds, it has no currently accepted medical use. At the same time, because of the federal illegality of cannabis, the federal government has routinely denied third party requests for further research in regards to its potential medical benefits, among other health and safety impacts.

What you may not know is that the federal government actually has its own stash of cannabis for limited patient distribution and limited research purposes that it houses at the University of Mississippi (a/k/a) Ole Miss in Oxford, Mississippi. One of the loudest cries from the scientific community didn’t just regard an overall inability to engage in firsthand research of cannabis but also that the cannabis produced at Ole Miss likely wasn’t up to snuff or diverse enough to reflect what’s actually in the state-licensed marketplaces being realistically used by consumers (since the kinds of cannabis cultivated at Ole Miss must meet the “legal and safety requirements of both DEA and FDA”), making federal-sanctioned research and conclusions considerably dated and potentially irrelevant and/or biased.

Under the 1961 international Single Convention on Narcotic Drugs (“Single Convention”) and the Controlled Substances Act (“CSA”), the federal government is the single “agent” permitted to generate cannabis for research purposes. Ole Miss got the cannabis study and research cultivation gig from the DEA (via a contract with the National Institute on Drug Abuse (NIDA)) in 1968. This was before implementation of the federal government’s Compassionate Investigational New Drug Program (CINDP), which Ole Miss’s grow now serves in addition to its research. Administered by NIDA, CINDP allows the Feds to distribute cannabis grown at Ole Miss to a very small list of people in the United States for medical use. As of December 2019, there are only two patients on the coveted list and no new entrants are permitted.

The federal bid (which comes up every 5 years) to cultivate cannabis for federal research and drug trials is supposed to be a competitive one. Ole Miss’s website on cannabis research states:

Funded first by the National Institute of Mental Health (NIMH) and later by [NIDA] [Ole Miss] has secured this competitive contract every three to five years [since 1968] under an open solicitation process based on its proven capabilities of providing pharmaceutical-grade marijuana and marijuana-derived materials to NIDA’s Drug Supply Program. These cannabis products are used by researchers in the U.S. for various studies, including FDA-approved clinical trials.

Seemingly, over a span of five decades, the DEA has maintained a research monopoly over limited amounts of standardized cannabis cultivated by a single academic institution in a very limited agricultural setting (per Ole Miss, it cultivates a little over 1,100 pounds from outdoor efforts and 22 pounds from indoor cultivation).

In 2016, the DEA finally shifted to different treatment around expanded research efforts into cannabis beyond Ole Miss. Specifically, in August 2016, the DEA published in the Federal Register a policy statement  “. . . designed to increase the number of entities registered under the [CSA] to grow (manufacture) marijuana to supply legitimate researchers in the United States.” This change appeared to be a significant victory for scientists and researchers who for years tried to get the DEA to approve their cannabis research, but it took three years and a June 2019 federal lawsuit by the Scottsdale Research Institute (SRI) against the DEA to even get remote traction on the ability to undertake cannabis research sanctioned by the DEA. The DEA continued to drag its feet, though, and eventually the federal appeals court demanded that the DEA explain why it wasn’t moving to approve additional cultivation research applications.

In response to the litigation from SRI/the demand from the court, the DEA announced that it would actually undertake rulemaking to manifest its 2016 policy statement and that rules would need to be developed around expanding research efforts before any 2016 cultivator application would be considered. Given the DEA’s response, the court ultimately dismissed the lawsuit as moot.

Fast forward to March 2020, and the DEA finally revealed its new rule around expanding cannabis research (see here, too). We’re currently in the 60-day public comment period on the new research rule, which will conclude later this month.

The research drama continued this year as SRI went to bat again in court against the DEA. This time the attack was centered around SRI’s Freedom Of Information Act (“FOIA”) request regarding the DEA’s three-year delay in approving cannabis researcher requests outside of Ole Miss. Specifically, SRI alleged in its FOIA suit that the Department of Justice’s Office of Legal Counsel (“OLC”) took the position in a 2018 confidential memo that the DEA, essentially, could never honor its 2016 policy statement due to international drug treaty restrictions under the current DEA research licensing/approval regime.

More specifically, the OLC opined that NIDA and the DEA both overseeing the cannabis cultivation and research process violates the Single Convention, as  does the fact that neither NIDA nor the DEA take title to the federally-sanctioned cannabis (the point of the Single Convention is to have a single agency in charge of the federally-sanctioned cannabis monopoly supply chain). In turn, the DEA knew in 2018 that it would need to engage in significant rule changes to remedy the issues pointed out in the OLC memo. The FOIA case was settled at the end of April of this year.

In the end, although it seems to have been a time-consuming battle, the DEA is finally taking formal steps not only to come into line with the mandates of the Single Convention but to also create a formal, legal pathway for expanded research into cannabis for non-Ole Miss researches and scientists. I have no doubt that further debate and even disputes may arise over the proposed DEA rule (which could take several more months to finalize and maybe even years to actually implement), but the advent of rulemaking is a big victory for the cannabis research community, and one that’s been a long time coming.