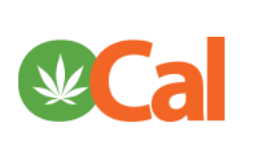 Due to the federal illegality of cannabis, cannabis businesses don’t receive normal treatment from the federal government (with maybe one or two exceptions, like the NLRB and the 2014 FinCEN guidance for access to financial institutions). This obviously mucks up the ability of a cannabis business to operate in a consistent and reliable way, and it can make it difficult for cannabis businesses to really stand out when it comes to the creation of household names and brands.

In particular, other, federally legal businesses in the agricultural world are freely able to use the term “organic” on their comestible products so long as they adhere to U.S. Department of Agriculture (“USDA”) protocols and regulations. Not so for your average cannabis farmer or distributor. At the same time, to assist cannabis cultivators and other cannabis licensees with economic survival and product recognition as well as establishing more comprehensive standards for product quality, individual states have contemplated pseudo-organic certification programs under state law (like Washington State). California is leading the way though as the first state to have a “organic” certification program comparable to the Feds that will go live in 2021.

Back to federal law. Labeling a product as “organic” generally requires an actual certification, and that certification is regulated by the USDA. Congress set forth general organic principles in the Organic Foods Production Act, and the USDA defines and regulates specific organic standards. Though alternative certifications exist for cannabis and cannabis products under various state laws, none are approved or regulated by the USDA, and they therefore do not create an official federal organic certification (which will not happen unless and until cannabis is legalized at the federal level).

Despite current federal laws around organic certification, the Medicinal and Adult-Use Cannabis Regulation and Safety Act (“MAUCRSA”), the California Department of Food and Agriculture (“CDFA”) is required to establish a certification program for cannabis that is comparable to the National Organic Program (“NOP“) and the California Organic Food and Farming Act by January 1, 2021. In response to its statutory directive under MAUCRSA, CDFA created the OCal Program. “OCal” is a labeling term that “identifies California commercial cannabis products produced according to the OCal regulations, which are comparable to the [NOP] regulations.” The OCal Program is charged with the development and enforcement of regulations for products sold, labeled, or represented as “OCal”. To be very clear, “OCal” does not mean “organic” as that term is defined by and used under federal law–“OCal” actually stands for “comparable-to-organic” cannabis products sold only within the State of California.

In case you missed it, OCal is strictly a voluntary certification program (but you cannot utilize the OCal label without the required certification). Essentially, cultivation or distribution licensees can pursue certification through the program and, if the licensee meets certification requirements, the certifying agent (who will be accredited either under NOP or OCal,and it can be a “private entity” or local government doing the certifying) will designate the licensee’s operations as “OCal.” OCal isn’t yet in play–while the program has been created and initial round of regulations sent to the public for comment, those initial draft rules are still being modified and aren’t anticipated to be adopted until December of this year, with the OCal Program going live on January 1, 2021. And if you’re a manufacturer that wants to label your products as “comparable-to-organic” under state law, you’ll get your chance, too, as the California Department of Public Health must also establish a program similar to OCal by July 1, 2021.

What does certification actually mean and entail? A solid outline is available in the proposed regulations issued by CDFA in May of this year. Here are some of the highlights of those regulations:

On September 1, CDFA issued modified regulations around the OCal Program. The modified regulations are almost identical to the proposed regulations from May of this year with a few notable exceptions around clarifying (1) that a certifying agent’s fees have to be “reasonable” and well-documented in order to be eligible for payment by an applicant per 8 above; (2) penalties and fees for willful violations; (3) that any agricultural product test results that have pesticides, residues, or contaminants that exceed either the Food and Drug Administration’s or the Environmental Protection Agency’s “regulatory tolerances” need not be reported to the state by a certifying agent (which makes sense because no such standards exist for cannabis with either of those agencies). The public can submit comments to CDFA regarding these modified rules until September 15.

With the advent of the modified rules pretty much mirroring the proposed rules, and given that it’s already September, we’re likely looking at the bulk of the OCal Program already. In turn, cultivators and distributors should be preparing themselves now for OCal certification, as it’s sure to be no easy task to accomplish. The point here though is that California State certification will try to be as good as federal certification (even if the legal semantics around the term “organic” don’t completely line up), and it will hopefully be to the long-term benefit of cultivators, distributors, and consumers. Let’s see.