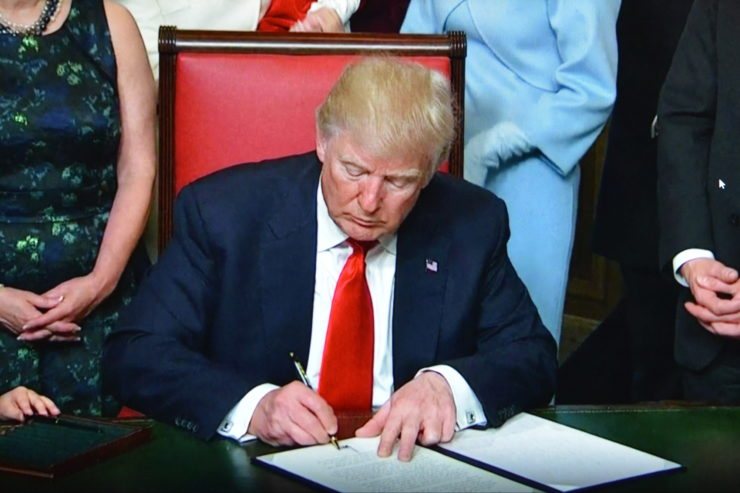 At this point, it probably feels to most people like the federal government is standing down when it comes to state-legal cannabis and cannabis businesses. It started back in 2013 with the Cole Memo when U.S. Deputy Attorney General James M. Cole opined in a memorandum that U.S. attorneys shouldn’t really prioritize federally illegal cannabis activities in states that robustly regulated cannabis and cannabis businesses (so long as eight main enforcement priorities were honored by the states).

This hands off approach was amplified by the 2014 FinCEN guidelines, which opened the doors on cannabis banking, a huge, positive development for the industry at the time. Then there was a bit of a downturn in January 2018 when then acting U.S. Attorney General rescinded all Department of Justice (DOJ) guidance (including the 2013 Cole Memo) regarding any federal enforcement position on state legal cannabis, fully returning to all U.S. Attorneys to go after state-legal cannabis according to the resources and priorities in their own jurisdictions.

Notably, none of the foregoing had any impact on actual federal law–enforcement memos do not represent changes in law and don’t do anything to amend the law. However, way back in 2014, Congress passed on omnibus budget bill that contained hard-fought-for language around protections for state medical cannabis laws. Section 538 of this budget bill contained the following language:

None of the funds made available in this Act to the Department of Justice may be used, with respect to the States of Alabama, Alaska, Arizona, California, [every other medical marijuana state], to prevent such States from implementing their own State laws that authorize the use, distribution, possession, or cultivation of medical marijuana.

Nonetheless, Section 538 proved to be hugely important in the Ninth Circuit courts of the United States (which make up a large portion of the medical cannabis states in America). The impact of the United States v. McIntosh cannot be overstated.  The Ninth Circuit Court of Appeals interpreted Section 538 to mean that the DOJ could not prosecute the individual principals of state law-compliant medical cannabis businesses. And the effect of that case produced the result in the MAMM case, the notorious Kettle Falls Five case, and was very likely responsible for the DOJ’s dismissal of the Harborside forfeiture case. The bottom line? Section 538 has real power to protect medical cannabis businesses from enforcement actions by the federal government.

Congress has consistently renewed Section 538 in some form in its annual budget bills (it’s changed names a couple of times from the Rohrabacher-Farr Amendment to the Rohrbacher-Blumenauer Amendment, named for the Congressional leaders who championed it and continued to keep it alive). Now though, Section 538 faces a new threat of elimination by President Trump, indicating that maybe the Feds aren’t really done with state-legal cannabis enforcement.

Notably, Trump has tried to delete Section 538 before (and so did Obama) but he’s been routinely ignored by Congress. In his 2021 budget proposal, Trump is at it again–section 538 is omitted from the white houses’s budget proposal. Only time will tell if members of Congress will fight against the proposed deletion. We imagine that they will, given the number of Americans that are now in favor of cannabis legalization generally and where hundreds of jobs and robust state revenue has been created on the back of cannabis legalization– including for medical applications.

The other positive boon here is the fact that the sitting U.S. Attorney, Bill Barr, made clear when testifying before Congress that spending time, money, and resources going after state-legal cannabis businesses isn’t really within the DOJ’s current interests, and that the DOJ would continue to adhere to the principles contained in the 2013 Cole Memo (so far, that seems to have held true).

It’s troublesome to see Trump go back and forth on medical cannabis (and legalization) and to watch him try to end the only real federal protection that exists for any form of cannabis business in the country. What’s clear to us though is that cannabis enforcement isn’t necessarily a priority one way or the other for this administration, and we can’t know yet if that’s ultimately a good or a bad thing. So, stay tuned.