Is CBN Legal? What is CBN? 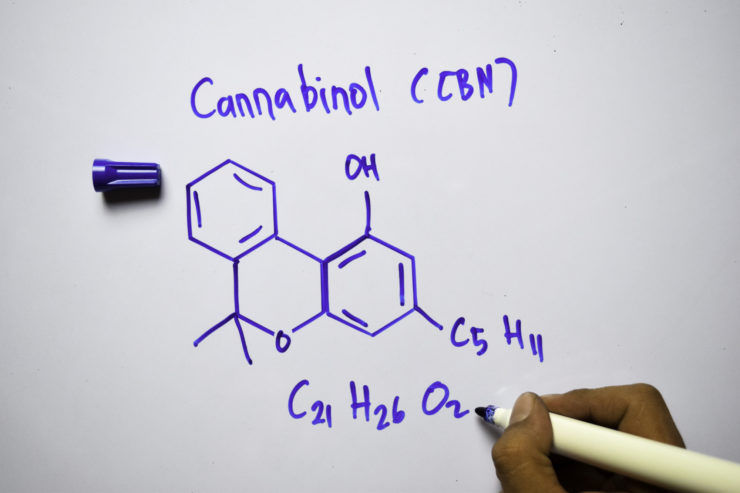 This is the second of a two-part installment on trending cannabinoids. For the previous post on cannabigerol (CBG), go here.

This post concerns CBN (cannabinol). Like CBD and THC, CBN is among the 100+ molecules in the cannabis plant. CBN comes from oxidation and decomposition of THC, meaning that when THC is heated and exposed to CO2 (oxygen), it converts to CBN. The compound is said to have a mild psychoactive effect, slightly more so than CBD but much less than THC. Specifically, it is said to have a sedating effect on most users and to have promising sleep aid applications, similar to melatonin (among other potential uses).

From a regulatory perspective, the legal status of hemp CBN products (like CBG products) may be less problematic than CBD products. The FDA likes to point out that the 2018 Farm Bill explicitly preserved FDA’s authority to regulate products containing cannabis or cannabis-derived compounds under the Food Drug & Cosmetic Act (“FDCA”) and section 351 of the Public Health Service Act. But the marketing of CBN as a dietary supplement may be viable nonetheless, provided that no unapproved health claims are made.

Why is that? First, some context. We have explained on this blog that it is illegal to add CBD to many products, in FDA’s view, due to the “drug exclusion rule.” According to FDA, products containing CBD cannot be sold as dietary supplements because CBD was investigated and approved by FDA as a new drug (Epidiolex). If something is a non-exempt “drug” it cannot be placed in the food stream under the FDCA. We wouldn’t mind seeing someone take a run at FDA for this interpretation with respect to CBD, but right now that’s the framework.

Unlike CBD, CBN not been approved as a drug, and FDA itself has acknowledged that “parts of the cannabis plant that do not contain THC or CBD might fall outside the scope of the [drug exclusion rule].” As with CBG, if CBN is approved as a drug at some point down the line, it also seems likely that the drug exclusion rule would not apply: this is because the rule contains an exception for substances marketed as foods or dietary supplements prior to any FDA clinical investigation. People are already marketing CBN products as foods and dietary supplements.

This domestic legal framework, alongside the fact that CBN can be lawfully produced and extracted from hemp under the 2018 Farm Bill, seemingly gives CBN a viable legal runway. Everything is conditioned on manufacturers and sellers steering clear of unapproved health claims, of course.

The international legal framework seems promising as well. CBN is not listed on the schedules set out in the U.N. Single Convention on Narcotic Drugs of 1961 and does not appear to be controlled by any other international treaty. This means that countries are not required to control CBN, making it both legal under international law and potentially ripe for export.

Before CBN takes off in a major way, two things probably have to happen. The first is that consumers need to take interest. It’s hard to know exactly how that will play out: CBN received a smattering of press in 2019, although it has been covered sporadically in industry media for several years. As with CBG, cannabis companies may now feel incentivized to promote CBN given its potential and the possibility of avoiding FDA entanglements. It is also easier to produce CBN under the 2018 Farm Bill than ever before.

The second development needed is for technology to demonstrate that CBN can be produced at scale. CBN does not present hemp growers with the “Sophie’s choice” of CBG, which requires harvest prior to natural conversion of CBG into other cannabinoids. However, because CBN-rich strains of cannabis do not exist, CBN must be mechanically converted from other cannabinoids–namely, THC. Note that hemp cannot contain more than 0.3% THC by law, making CBN more difficult to produce at scale than CBD or even CBG. That said, recent claims have surfaced of CBN distillation from “full spectrum hemp extracts.”

We will continue to track CBN (and other “minor cannabinoids”) as they are discovered and developed in commerce. For now, it seems that this cannabinoid may have a promising role to play and that hemp industry companies should take a hard look at CBN this year.