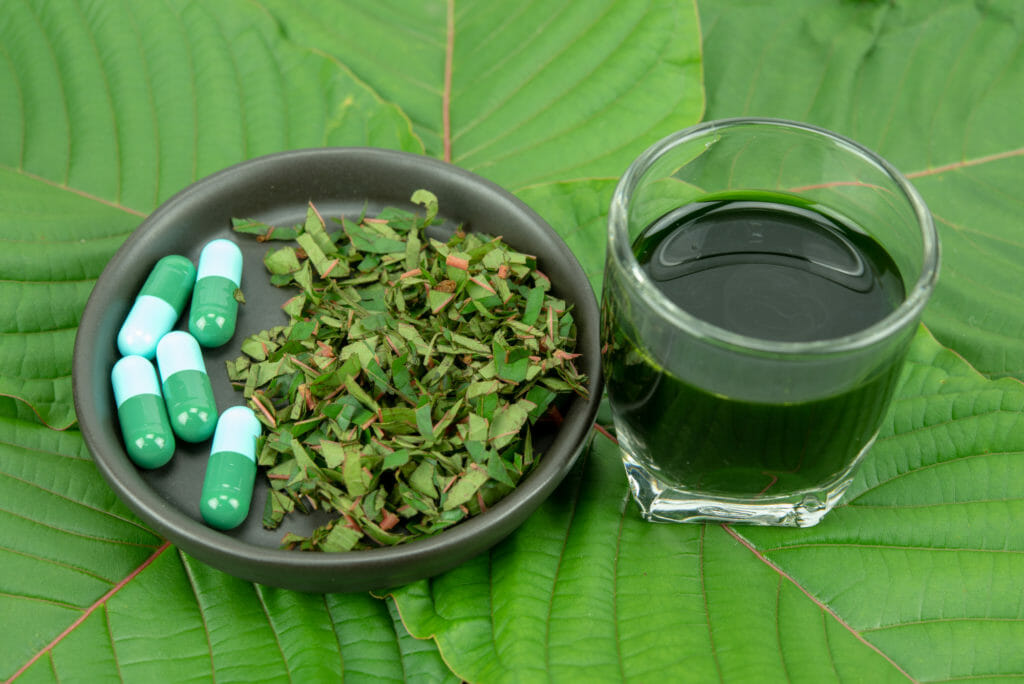 Recently, our attorneys have seen has been a large uptick in interest, both from consumers and businesses, in ketamine and psychedelics. There has been a proliferation of ketamine clinics in the United States (see here here, and here), and dozens of jurisdictions (such as Denver and Oregon) passed or are considering passing psychedelics laws that would do everything from decriminalizing psychedelics to regulating them. But interest has not stopped there and we’ve also been fielding questions about newer or lesser known substances as well.

Today, we’re going to write about a substance that’s gotten a lot less attention: kratom. Kratom is a species of plant (Mitragyna speciosa) that is native to certain regions in Southeast Asia. Kratom derivatives have been used in a number of different formulations for human consumption, including in powder form, edible form, and for smoking. We have worked with kratom industry businesses sporadically, going back to 2015.

Advocates for kratom say that it is a natural, plant-based substance that has properties which, among other things, can assist with opioid withdrawal and addiction or pain management. Critics of kratom believe that the plant has not been sufficiently studied to be deemed safe, is in fact not safe, can cause dependence, and can have serious and potentially fatal side effects. As I’ll explain below, the federal Food and Drug Administration (FDA) and a half dozen states agree with the critics.

What makes kratom interesting is that, like hemp-derived CBD (today at least), it is not as heavily regulated as other substances (though that may of course change). Kratom is not a scheduled narcotic on the federal Controlled Substances Act (CSA). In 2016, the Drug Enforcement Agency (DEA) announced its intent to make kratom a Schedule I narcotic (alongside heroin, LSD, and cannabis), but it subsequently withdrew that position.

Today, the DEA considers kratom to be a “Drug of Concern”, along with other substances like salvia divornum. This means, according to the DEA, kratom may “pose risks to individuals who abuse [it]”. Because it’s not on any CSA schedule, kratom is not outright prohibited at the federal level (more on that below), and it’s at least theoretically possible that research can be done on it.

Notwithstanding that kratom is not a federally controlled substance, a number of states currently prohibit the substance and the list of such states could change at any time. The states that broadly prohibit kratom include Alabama, Arkansas, Indiana, Rhode Island, Vermont, and Wisconsin. Additionally, counties or municipalities within states may place additional restrictions or prohibitions on the possession, use, distribution, or manufacture of kratom.

Enter the FDA. Even in those U.S. jurisdictions where kratom isn’t expressly prohibited, sales of kratom can lead to serious penalties. The FDA may prohibit the sale of kratom products given the agency’s belief that kratom has the potential to be harmful. The FDA seized apparent kratom products on multiple occasions (for example, see here) and initiated enforcement actions while claiming that the substances were being marketed as unapproved drugs. The FDA also issued an import alert in 2019 allowing for the detention without physical examination of a host of apparent kratom products on the grounds that they were adulterated.

The FDA’s view on kratom is very different from its views on cannabidiol (CBD). The FDA prohibits many CBD products under the so-called Drug Exclusion Rule, which essentially holds that an FDA-approved substance cannot be marketed in certain products. According to the FDA, CBD cannot be added to many products because the FDA earlier approved a drug (Epidiolex) containing CBD.

The FDA’s objection to kratom isn’t based on the Drug Exclusion Rule, but rather on the substance’s potential for harm and abuse. The federal government’s enforcement position over the past few years also signals that the agency takes kratom much more seriously than it does CBD.

All this is to say that there can be significant risks for companies selling or marketing kratom products, despite the fact that it’s not outright illegal at the federal level. The regulatory pathway for kratom is by no means well-settled and there is ongoing research (for example, see here) into kratom that could lead to changes in law or enforcement priorities. We intend to keep writing on this substance, so stay tuned to the Canna Law Blog.

The post Is Kratom Legal? appeared first on Harris Bricken.

PrevPreviousJay-Z Has 99 Problems and ADA Compliance is One
NextIndiana Set the Standard for Hemp CBD Labeling, But Misses the Mark on Smokable HempNext