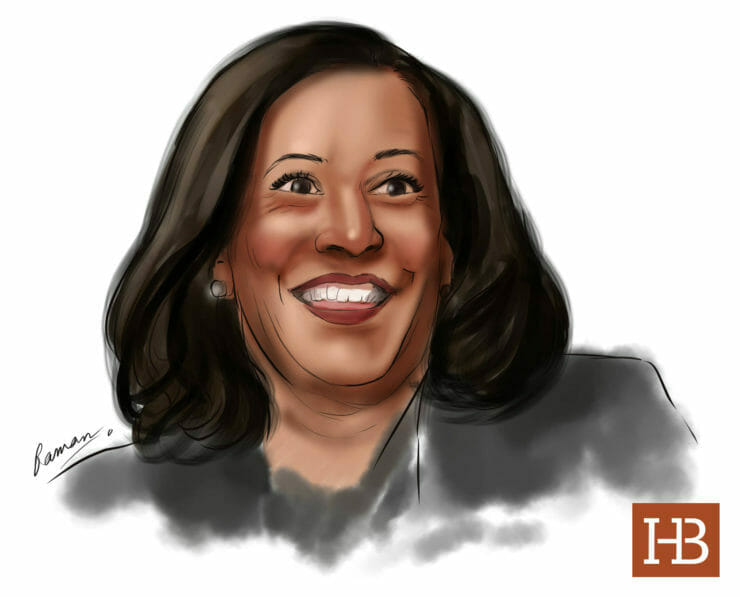 Congratulations to Senator Kamala Harris, Joe Biden’s V.P. pick. Harris will become the first Black woman and the first person of Indian descent to be nominated for national office by a major party. It’s a huge accomplishment. It could also impact the race significantly in the coming weeks and months.

What would a Vice President Harris mean for cannabis law and policy? Assuming Biden and Harris win this fall, it’s hard to say. Harris has evolved considerably on cannabis policy, especially in the past few years. She has also emerged as a leading voice on companion issues of racial justice and inequality, even since walking away from her unsuccessful presidential campaign earlier this year.

Looking back, Harris wasn’t always a shining light on criminal justice and cannabis issues. Her resume includes a regrettable tenure as California Attorney General with respect to cannabis enforcement, overseeing the jailing of more than 1,500 people for marijuana crimes, and fighting to keep (and even enhance) the retrograde system of cash bail. These unforced errors famously surfaced in the Democratic Presidential debates and may emerge again with Harris on the ticket.

Eventually, as a U.S. Senator, Harris followed her party away from the War on Drugs– albeit quietly and without much enthusiasm. Back in January of 2018, I went after Harris pretty hard on this blog. In that piece, I criticized her position on cannabis as “mostly just talk”, explaining:

There are several reasons why Ms. Harris has been catching significant flak for her half measures on cannabis, as compared to other officials: 1) she hails from California, the first state with a medical cannabis program and the world’s largest cannabis economy; 2) she comes from the executive side, having served as California Attorney General; 3) she is a celebrity national politician, who is often floated as a 2020 presidential candidate; and 4) she is constantly talking about the failed War on Drugs. In fact, she talks about it pretty much every single day.

But it’s all talk. As California Attorney General, Ms. Harris did little to advance her state’s interest as to cannabis. In 2014, when she was asked for her opinion on legalizing adult-use cannabis, her response was dismissive laughter. As a U.S. Senator, she has failed to sponsor or even co-sign any bill to re- or deschedule marijuana (and there are some good ones). Aside from lots of talking, Harris’ one big move has been to put together a petition to decriminalize marijuana nationwide (but not to revise the CSA). My eight-year-old niece could do that.

If I had given Harris a letter grade at that time, it might have been a “D.” Fortunately, things have changed quite a bit over the past two-and-a-half years. Last summer, we ran a series of posts taking a close look at each of the 2020 Democratic Presidential Candidates. At that point, Harris had begun advocating for legalizing cannabis, as well as for expunging marijuana offenses from criminal records. We gave Harris a “B”, noting her improvement but wondering how much priority Harris would give to cannabis reform if elected into office. We also noted how late to the game Harris was, as compared to vanguard cannabis candidates like Bernie Sanders and Cory Booker, to name a few (see the overall roundup here).

All of that said, it’s not how you start, but how you finish. Harris has really picked up the charge on cannabis issues lately, including in her role as Senate sponsor of the MORE Act. As drafted, the MORE Act removes marijuana from the federal Controlled Substances Act, provides expungement for certain cannabis offenses– and has a 3% chance of actually becoming law someday.

Still, if Harris keeps at it her advocacy will be a real boon, especially given Biden’s perplexing unwillingness to support cannabis legalization (we gave Biden a “D”), and especially given the Democrats’ failure at large to add marijuana legalization to the party platform once again this year. (Pretty disappointing, especially considering where the party was at in the run-up to the 2016 convention).

So we should credit Harris for coming around on cannabis, especially where the center of her party is still a half-step behind. It is true that the Biden-Harris ticket is not the best that legalization advocates could have hoped for. But, like the U.S. at large, the Democratic party continues to float toward inevitably ending prohibition. Harris is going to help with that– even if it doesn’t happen as quickly as we had once hoped.

The post Kamala Harris Will Help With Cannabis Reform (and That’s Good Enough For Me) appeared first on Harris Bricken.