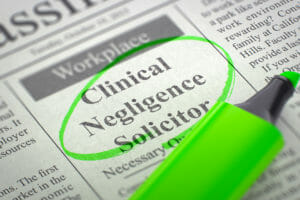 A few weeks ago, Hilary Bricken wrote about the proliferation of ketamine clinics in the United States and the logistics and legalities of operating a ketamine infusion clinic. As Hilary explained, the only FDA approved use of ketamine is for the induction and maintenance of anesthesia, though it also used for off-label infusions in the management of psychiatric disorders and chronic pain management.

Ketamine is listed as Schedule III controlled substance under the federal Controlled Substances Act. Its use is also restricted by various state laws and regulations. But because there is no FDA regulation on the control and oversight of clinics, patient safety protocols may vary and the liabilities (e.g. medical malpractice) for off-label use of ketamine are fairly far-reaching. Perhaps as a result, there have been multiple reports of safety and abuse problems related to the drug.

An example of the kinds of liabilities faced by ketamine clinics, prescribing physicians, hospital systems, pharmacies and others came to light this week in an $8.2 million medical negligence lawsuit filed in Oregon state court. The defendants are a prescriber of a ketamine nasal spray for use in pain management and the pharmacy that produced the spray. Branchflower v. Oregon Health Science University, et al., No. 20CV13573 (Multnomah County) (Email me if you’d like a copy of the complaint).

In March 2018, an OHSU doctor provided the plaintiff with a prescription for nasal ketamine – 150mg/ml with instructions to dispense 5-10 sprays in alternating nostrils every 3 hours. Because nasal ketamine was not on the market as a formulated product, plaintiff was instructed to take the prescription to a compounding pharmacy. (A “compounding pharmacy” is pharmacy equipped to make medicine for a specific patient, for medicines not commercially available.) The pharmacy prepared and filled the prescription and the plaintiff used the nasal ketamine without incident for 22 days (though it was prescribed as an 11-day supply).

Plaintiff then sought a refill of the ketamine and was issued the same dose as before. A few days later, “Plaintiff experienced a severe episode of dissociative behavior” and attacked his wife of 20 years, with whom he had four children. Plaintiff’s son called the police, who found plaintiff naked in the house. Plaintiff struggled with policy and was arrested and charged with attempted rape and multiple counts of assault against the police officers. The complaint alleges plaintiff has little to no memory of this incident, after which he was jailed for 45 days and his wife and children were forced to leave their leased house and sell possessions to pay legal fees.

The plaintiff was evaluated by a doctor, who summarized his findings in a report in which he described the amount of ketamine prescribed to the plaintiff as a “gross overdose.” After this report, the criminal charges against plaintiff were dropped.

The complaint alleges that OHSU and the compounding pharmacy were negligent in a number of ways, including:

The complaint also alleges OHSU failed to obtain plaintiff’s informed consent to the prescription for nasal ketamine by failing to warn him it was an off-label use not approved by the FDA and failing to inform of the risks of ketamine and alternative treatments. These are various serious claims and the stakes are high.

Whether a jury finds merit to plaintiff’s claims remains to be seen. Nonetheless this case reflects the fact that this emerging area of medicine faces significant risks and that doctors, ketamine clinics and pharmacies ought to take special care in their protocol for administering or prescribing treatments.