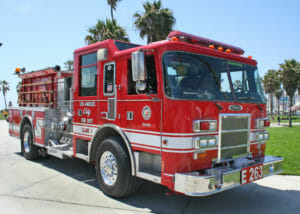 The City of Los Angeles is no stranger to change and struggle around its local cannabis industry. Since the passage of Proposition M back in 2017, the City has made great strides but also suffered significant setbacks in building its licensed cannabis marketplace. Even through the COVID-19 pandemic, this trend continues for Los Angeles and its Department of Cannabis Regulation (“DCR”),

We’ve written a lot over the past three years about L.A.’s journey with licensed cannabis after the passage of Prop. 64 and the Medicinal and Adult-Use Cannabis Regulation and Safety Act (see here for a significant series of posts dedicated to the City of L.A). A very brief summation is that the DCR developed licensing regulations, with the approval of City Council, that ended up producing three phases of licensing:

Today, we’re waiting on phase 3, round 2 to commence, and the City is only accepting retail license applications under Public Convenience Notices for those areas in the City that are already at capacity because of Undue Concentration.

Unless you haven’t been paying attention, you know that round 1 of phase 3 underwent an audit by the City to ensure fairness and legitimacy across the board for Phase 1 applicants. After the first round was over, L.A. City Council member Herb Wesson alleged in a letter to DCR that:

Over the last couple of weeks, including at the Cannabis Regulation Commission meeting last Thursday, allegations have been made that multiple applicants had access to the application portal prior to the announced start time of 10 am on Tuesday September 3rd. Unfortunately these allegations have been substantiated by the Department at the Commission meeting and the Phase 3 Retail Round 1 process was compromised. While it was always understood that not every applicant would get a license, it is paramount that the application process have the utmost integrity, be transparent, and fair. There appears to be no scenario in which the Retail Round 1 process can meet those three principles currently.

Wesson’s letter went on to state:

I am recommending that the Department: 1) suspend all Retail Round 1 applications; 2) refund all monies paid by Retail Round 1 applicants and cancel all invoices; and 3) prepare a full audit and report by an independent third party not involved in the process – unless there are other options like processing every application that would provide the necessary assurances that the process was not compromised. These are the only options that will provide the clarity and time we need to ensure that the Phase 3 Retail process is fair, transparent, and has integrity.

In the wake of Wesson’s letter and other complaints, the external audit was conducted and it concluded in a report, issued in late March 2020, which states that:

On last count, the City was proceeding with continuing to process the first 100 phase 3, round 1 applicants. Out of the audit came comprehensive recommendations from the DCR to overhaul the City’s entire social equity program going forward. See here for those recommendations.

If these recommendations are adopted by the City Council and made law, we will see major changes to the City’s social equity eligibility criteria including commencing with round 2 of phase 3 licensing. These changes include, but will not be limited to:

[t]he City of Los Angeles will be utilizing this funding to provide verified Social Equity Program Applicants various resources including Workforce Development and Business Development Services as well as a loan/and or grant program.

A specific report with how these funds will be allocated will be released in early July of this year. The DCR also pushed back the deadlines for paying fees around Temporary Approval and pre-licensing inspections to secure Temporary Approval for Phase 1 and 2 applicants to June 30 and July 3, respectively and accordingly.

The audit of the City’s phase 3, round 1 licensing program was a hiccup in the City’s progress on licensing but it’s helped to birth serious considerations around reforming the City’s social equity program. All of that will breed and continue to breed delay in getting people licensed under Proposition M. At the same time, the DCR is clearly trying to work with applicants in a positive way to account for COVID-19 collateral damage in giving those with, or those seeking, Temporary Approval more time to pay their required fees and to undertake their mandatory facilities inspections.

As the City continues to go forward and backward on licensing, other cannabis oddities in L.A. rage on. Recently, there was a massive explosion in downtown L.A. (at Smoke Tokes in Little Tokyo) that involved the fiery explosion of a wholesaler’s stock of butane and other volatile materials used to manufacture cannabis products. Note that this is not necessarily a business that requires licensing by the California Department of Public Health or DCR because, allegedly, this company is just a wholesale supplier to those who make cannabis products with volatile solvents. (The manufacture of solvents requires a Type 7 cannabis license; investigation is still ongoing into whether Smoke Tokes was illegally making hash oil or not). The Feds are looking into this terrible fire that took a serious toll on the L.A. Fire Department. The city. itself promises that it will try to locate other businesses like Smoke Tokes to ensure that they’re following health and safety regulations around the storage of volatile chemicals and solvents.

We’ll continue to update readers as L.A. moves along in its licensing regime, for better or worse. Stay tuned.

PrevPreviousHemp CBD Across State Lines: Virginia
NextHow to Comply With CBD Laws in All 50 StatesNext