(Meaningless?) Federal Vote on Marijuana Legalization is on the Horizon 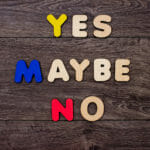 I’ve been practicing corporate, transactional, and regulatory law in the marijuana industry for going on 10 years now. I’ve never understood exactly why folks get excited about, or even remotely interested, when various lifetime politicians in Congress push bills on the federal legalization/rescheduling of marijuana. Why? Because these bills notoriously go nowhere (for a number of what seem to be purely political reasons) and will continue to go nowhere, in my opinion, where marijuana (while extremely popular with most Americans and obviously with certain entire states) is still too politically hot to trust out-of-touch members of Congress to do anything meaningful about it, and especially now given that the nation’s priorities seem to revolve around dealing with COVID-19 (and rightly so).

The House’s planned floor vote in early September around the most recent federal marijuana legalization measure (the Marijuana Opportunity Reinvestment and Expungement Act (“MORE Act” (see the House version here, which was introduced last year)) is no different. While I’m glad to see members of Congress continue to try to chip away at the continued (failed) War on Drugs regarding cannabis, I’m honestly tired of seeing the fanfare attendant with these legalization bills. At the same time, my interest in these things is usually peaked when looking at what members of Congress are willing to push when it comes to nationwide legalization.

Yes, this upcoming vote is still significant and historic because neither chamber of Congress has ever voted on completely removing marijuana from the federal Controlled Substances Act (and the MORE Act is a bipartisan bill, too), but we all know where this is going–the Democratic-controlled House will likely pass the bill and the GOP-controlled Senate will very likely ignore it or shut it down. I also can’t ignore the fact that the bill’s Senate sponsor is Senator (and democratic vice president nominee) Kamala Harris who admittedly has a terrible record on prosecuting marijuana crimes from when she was the Attorney General of the State of California and is now in the past two and a half years miraculously behind supporting marijuana legalization culminating in a presidential election year. Pretty convenient.

What exactly would the MORE Act do? It completely removes marijuana from the federal Controlled Substances Act, decriminalizing/descheduling it altogether and eliminating criminal penalties for everyone in the commercial chain of production, distribution, and sales (which would also mean that the banking access woes and draconian impact of IRC 280E would also be over). Right now, marijuana is a schedule 1 controlled substance and illegal under federal law, making its home on Schedule I next to LSD and heroine. The Act would also expunge marijuana criminal records dating back to May 1, 1971 because it’s retroactive. The Bureau of Labor Statistics is also charged under the Act with collecting and compiling a variety of data on marijuana businesses and their owners. The Act creates the Opportunity Trust Fund with various earmarks to the Attorney General and the Small Business Administration (SBA) (with the SBA allocations meant to support the Marijuana Opportunity Reinvestment and Expungement Act of 2019). A federal tax would also be imposed on marijuana products “manufactured in or imported into the United States . . . equal to 5 percent of the price for which sold.” Importantly, while the Act empowers the Feds to engage in rulemaking for a federal regulatory framework, states would still be in control of licensing, oversight, and enforcement within their borders (very similar to alcohol).

The MORE Act establishes the Cannabis Justice Office, which is mainly charged with “establish[ing] and carry[ing] out a grant program, known as the ‘Community Reinvestment Grant Program’, to provide eligible entities with funds to administer services for individuals most adversely impacted by the War on Drugs, including (1) job training; (2) reentry services; (3) legal aid for civil and criminal cases, including expungement of cannabis convictions; (4) literacy programs; (5) youth recreation or mentoring programs; and (6) health education programs.” The Act also sets up the Cannabis Opportunity Program via the SBA to ” to provide any eligible State or locality funds to make loans . . . to assist small business concerns owned and controlled by socially and economically disadvantaged individuals . . . that operate in the cannabis industry.” The SBA will also create the “’Equitable Licensing Grant Program’, to provide any eligible State of locality funds to develop and implement equitable cannabis licensing programs that minimize barriers to cannabis licensing and employment for individuals most adversely impacted by the War on Drugs, provided that each grantee includes in its cannabis licensing program at least four of the following: (A) A waiver of cannabis license application fees for individuals who have had an income below 250 percent of the Federal Poverty Level for at least 5 of the past 10 years who are first-time applicants; (B) A prohibition on the denial of a cannabis license based on a conviction for a cannabis offense that took place prior to State legalization of cannabis or the date of enactment of [the] Act, as appropriate; (C) A prohibition on criminal conviction restrictions for licensing except with respect to a conviction related to owning and operating a business; (D) A prohibition on cannabis license holders engaging in suspicionless cannabis drug testing of their prospective or current employees, except with respect to drug testing for safety-sensitive positions . . . (E) The establishment of a cannabis licensing board that is reflective of the racial, ethnic, economic, and gender composition of the State or locality, to serve as an oversight body of the equitable licensing program.”

The MORE Act would do some amazing things for the cannabis industry in the U.S., which is now a robust industry driving state and local tax revenue while boosting and sustaining job creation (note that cannabis overall is considered an “essential business” during this pandemic). The problem here is not really anything written in the MORE Act–it’s a common sense bill that mirrors what’s already happening in most states around local legalization; it’s the fact that Congressional inside baseball and national politics continue to stymie federal legalization and there’s no end in sight on that front given the current (deep) division between democrats and republicans over what to prioritize for Americans.

So, I’m not holding my breath over the passage of the MORE Act. I’m sure one day I will eventually believe that one of these federal measures will actually pass, but it’s not going to be this September.

The post (Meaningless?) Federal Vote on Marijuana Legalization is on the Horizon appeared first on Harris Bricken.

PrevPreviousIs Transporting Hemp Really Worth the Risk?
NextThe DEA Does Not Want You To Worry About Its New Hemp Rule. Don’t Take the Bait!Next