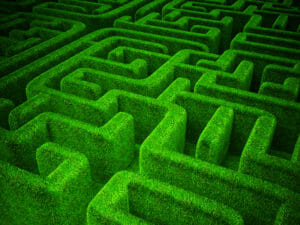 It’s been a while since we’ve written about the unfolding cannabis licensing situation in the City of Los Angeles, and a lot has happened. For some background on LA’s complicated licensing process, it has proceeded to date in multiple “phases” administered by the Los Angeles Department of Cannabis Regulation (“DCR”):

In September 2019, the City opened up a limited retail licensing phase (this was Phase 3, Round 1), where 100 licenses were available on a first-come, first-served basis. DCR received several hundred applications in the first few minutes. After the first round was over, LA City Council member Herb Wesson alleged in a letter to DCR that:

Over the last couple of weeks, including at the Cannabis Regulation Commission meeting last Thursday, allegations have been made that multiple applicants had access to the application portal prior to the announced start time of 10 am on Tuesday September 3rd. Unfortunately these allegations have been substantiated by the Department at the Commission meeting and the Phase 3 Retail Round 1 process was compromised. While it was always understood that not every applicant would get a license, it is paramount that the application process have the utmost integrity, be transparent, and fair. There appears to be no scenario in which the Retail Round 1 process can meet those three principles currently.

Wesson’s letter went on to state:

I am recommending that the Department: 1) suspend all Retail Round 1 applications; 2) refund all monies paid by Retail Round 1 applicants and cancel all invoices; and 3) prepare a full audit and report by an independent third party not involved in the process – unless there are other options like processing every application that would provide the necessary assurances that the process was not compromised. These are the only options that will provide the clarity and time we need to ensure that the Phase 3 Retail process is fair, transparent, and has integrity.

In the wake of Wesson’s letter and other complaints, an external audit was conducted. The audit was concluded and a report was issued in late March 2020, and:

In other words, while the auditors found that there were errors, they determined that they were not made in bad faith and with evidence of bias or unfairness. Nevertheless, the audit prompted the DCR to issue a report and recommendations regarding modifications to licensing and the City’s social equity program. The report can be found here, and some of the highlights of its recommendations are to:

These are just a few of the changes, and they are not official yet. If they are adopted, it will be a significant modification to LA’s current licensing system.

Also following the audit results, it was reported that a lawsuit was filed against the DCR based on the audit results. The complaint is available here. In the case, the petitioners are asking the court to compel DCR to evaluate all applicants from phase 3, round 1, among other things, or to start the application process over again from scratch. The case was only just filed and in light of court delays due to coronavirus, it could be a while before the case proceeds.

In any event, stay tuned to the Canna Law Blog for more developments on the Los Angeles cannabis licensing process.