New Cannabis Licensing Opportunities in California May be on the Horizon 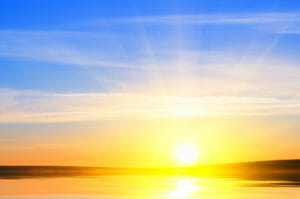 Last Thursday, Hilary Bricken, Griffen Thorne, and I put on a free webinar to answer all your California cannabis questions and while we did our best, we ran out of time to answer all of the excellent questions that were posed by attendees.

One of the questions that was posed–and we get this question all the time from clients and potential clients looking to enter the California market–was whether we knew of any cities or counties that are currently open for licensing (particularly retail), or whether we knew of any cities or counties currently under a ban on commercial cannabis activity that will be opening up for licensing in the imminent future. Coincidentally, Marijuana Business Daily released a perfectly-timed rundown of some of the local jurisdictions in California that may be welcoming cannabis businesses in the near future.

Currently, approximately 2/3 of the local jurisdictions in California have instituted local bans of varying degrees on commercial cannabis activity. Lack of access to safe and legal cannabis to this degree does little to undermine the existing black market, and we’re hopeful that the financial incentives, at the very least, will entice many local governments to rethink their current policies. According to Marijuana Business Daily’s rundown, below are some of the local jurisdictions that may do just that.

Current city regulations prohibit the sale, commercial cultivation, and processing of both adult-use and medicinal cannabis. The Anaheim City Council has taken interest in changing the ordinance and putting the issue to voters and at their meeting scheduled for June 9th, “is set to consider approval of the first and second steps in a three-step process toward legalizing, taxing and regulating commercial cannabis distribution, manufacturing, cultivation, retail sales, deliveries and testing laboratories.” The proposed ordinance would limit permits for cannabis retailers, cultivators, manufacturers, and distributors to 20 in each category.

Commercial cannabis activity in Chico is currently prohibited, and an ordinance introduced and given pre-approval by the City Council in February would allow for commercial cannabis activity (with the exception of cultivation and microbusinesses). The ordinance would allow up to four retail stores, and would not cap manufacturing, distribution, or testing lab licenses.

The city amended its cannabis ordinance on May 26th, and will begin offering the following license types, with limits, on a first-come first-served basis as of June 25, 2020: manufacturing, distribution, testing laboratories, and microbusinesses.

Licensing for retail, cultivation, distribution, manufacturing, and testing labs is currently open through June 15th, and storefront retail licenses will be capped at six.

City Council voted in January to authorize at least 14 retail storefronts, which could be increased to 21.

On February 25th the City Council adopted an ordinance to allow for a maximum of two cannabis storefront retail dispensaries. The deadline for submitting applications is July 9, 2020.

Licensing is ongoing, but future licensing rounds have yet to be announced. Licensing in LA has been riddled with issues, as we have written about

On May 18th, the City Council adopted an ordinance that will allow for three retailers, as well as other commercial cannabis business types, although the language of the ordinance is somewhat unclear. Microbusinesses, cultivators, manufacturers, distributors, and labs seem to be allowed.

In January, the city indicated that it was considering adding another ten storefront retail permits, although there are currently no concrete details.

Although the process is currently on hold due to Covid-19, county supervisors approved up to six storefront retail licenses.

The city will allow up to four storefront retail permits, and will not cap other license types. The licensing process has yet to begin, and no formal timeline has been established.

On the flip side, Kern County voters recently rejected two initiatives that would have allowed for commercial cannabis activity, which is currently banned. We’ve heard much hopeful speculation that as cities and counties recognize the potential benefits (particularly financial benefits in light of the current economic crisis and the state’s designation of cannabis as “essential”) of opening their doors to commercial cannabis activity, more licensing opportunities will become available for investors. And we’re hopeful that speculation turns out to be accurate.

The post New Cannabis Licensing Opportunities in California May be on the Horizon appeared first on Harris Bricken.