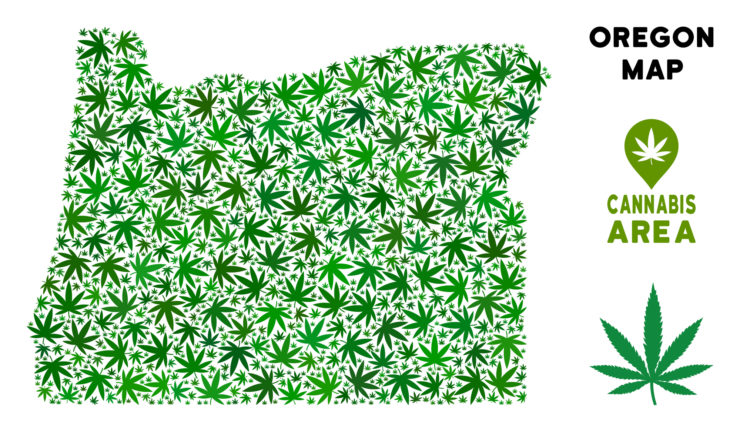 Last week, Oregon kicked off the 2020 legislative session. Because we are in an even-numbered year, this will be a 35-day session. In short sessions, we tend to see fewer pieces of introduced legislation. The prospects for a productive session may also be lower than usual in 2020, given that House and Senate Republicans are threatening to flee the Capitol again (just like in 2019, to stop a carbon cap-and-trade bill). With respect to cannabis in particular, there may be some general fatigue in Salem on both sides of the aisle.

Still, there are a handful of cannabis bills in the hopper and we expect to see at least one omnibus bill wend its way through between now and March 8. Below, I’ve summarized each bill that is or appears to be substantially related to cannabis on the Oregon legislature’s website. I’ve also conferred a bit with our generous contacts in the legislature, informing some of this commentary.

Senate Bill 1566.  This bill authorizes the Oregon Liquor Control Commission (OLCC) to create data and analysis “regarding commercial sales and commercial industries.” By and through something called the OLCC Information Technology Infrastructure Fund, the agency presumably would extrapolate and package data on both the liquor and cannabis sides. Sales of this data would be made to industry, or governmental bodies may be interested. The challenge here would be adopting standards to establish exemptions from disclosure of public records, along with the tricky interplay between “proprietary” data and public records law.

Senate Bill 1559.  This bill would prohibit “distributing, selling or allowing to be sold flavored inhalant delivery system products.” It’s a vape ban bill. If passed, SB 1559 would take effect “91 days following adjournment sine die”, which by my calculation is June 7, 2020. This bill will be met with opposition by both the tobacco and cannabis industry, who successfully have litigated (at least, so far) an attempted executive ban on sales of both tobacco and cannabis flavored vaping products.

Senate Bill 1577.  This bill is virtually identical to SB 1559 and also would take effect on or around June 7, 2020. Unlike 1559, it was filed pre-session. But both bills have been assigned to the Senate Committee on Health Care and it’s likely that just one would make it out alive. Should be fun to watch.

Senate Bill 1561. This bill requires the Oregon Department of Agriculture (ODA) to develop an Oregon hemp plan for commercial production and sale. It’s an omnibus bill sponsored in part by Floyd Prozansky, known for crafting much of Oregon’s cannabis legislation over the past several years. SB 1561 also:

This bill is currently in the Senate Judiciary Committee and will see action this week. If there is one bill that I could single out as most likely to go somewhere, it would be SB 1561, and probably in some gut-and-stuff form. Of all its current ornaments, the hemp plan is likely to remain. And if that happens, Oregon will likely have something to submit to the US Department of Agriculture for certification this year.

House Bill 4034. This one mirrors a small component of SB 1561: it directs the OLCC to adopt rules for registration of medical marijuana grow sites and it establishes plant production limits. This bill seems likely to die in the Senate, if it ever gets there.

House Bill 4035. This bill directs OLCC, ODA, the Oregon Health Authority (OHA) and the Governor’s office to “develop a plan to address issues related to regulatory authority over marijuana.” The bill would take effect immediately and sunset in 2021. Like HB 4034, this one is probably going nowhere.

House Bill 4051. This lengthy submission establishes an Oregon Hemp Commission, similar to other commodities commissions around the state. The Commission would be responsible for developing, maintaining and expanding state, national and international markets for Oregon hemp. This bill is a wild card. Maybe it passes on its own, maybe it dies, or maybe it gets rolled into an omnibus bill. But it seems like a great idea.

House Bill 4072. This industry-supported bill is somewhat similar to HB 4051, although it amends existing statutes rather than cutting from whole cloth. HB 4072 directs ODA to administer an Oregon Hemp State Program for “studying growth, cultivation and marketing of hemp.” It also requires ODA to “conduct criminal records checks of applications for licensure related to hemp.” It’s possible that some of this leaches into HB 4051, but it would be surprising if the bills both went the distance, especially given that each creates a “fiscal impact” which triggers budget review.

HB 4078. This bill is similar to SB 1559. It prohibits “remote sales of inhalant delivery systems” which the bill also defines carefully at Section 1(5)(a). This bill was requested pre-session by Governor Brown herself and has been moving along briskly, already receiving a third reading and “do pass” recommendation. This bill contains an emergency clause and would take effect immediately.

HB 4088 – This bill directs OLCC to establish a Cannabis Social Equity Program to provide discounted licensure fees and other support to program participants. This bill seems to be moving a bit with a work session scheduled today, February 12. Beyond that it is hard to know what will happen, but a serious discussion around this issue at the statewide level is a long time coming.

HB 4156. This skeletal bill directs ODA to advance the design of a cannabis business certification program. The idea is to promote market-based approaches to incentivize low-carbon cultivation techniques that use water and energy efficiently. Seems like a good idea! A grant of $300,000 would come from the OLCC’s Marijuana Control and Regulation Fund and the bill would take effect July 1, 2020.

HB 4158.  In some respects similar to bills covered above, this one directs ODA to develop an Oregon Hemp Plan for commercial production and sale. It also requires OLCC to track commercial cannabis shipments (of all types) through an electronic tracking system and make that information readily available to law enforcement. This is an omnibus bill at present and includes clean-up of criminal offenses sprinkled throughout SB 302. HB 4158 is currently in the House Committee on Agriculture and Land Use. It saw some early action, but nothing appears to be scheduled going forward.

All in all, the next month should be eventful. Interested parties can reasonably expect Salem to produce one or two impactful pieces of legislation related to Oregon cannabis, chiefly on the hemp side. We will check back in after March 8. And if there are any major developments between now and then, we will cover those too.