Oregon Cannabis: State of the State 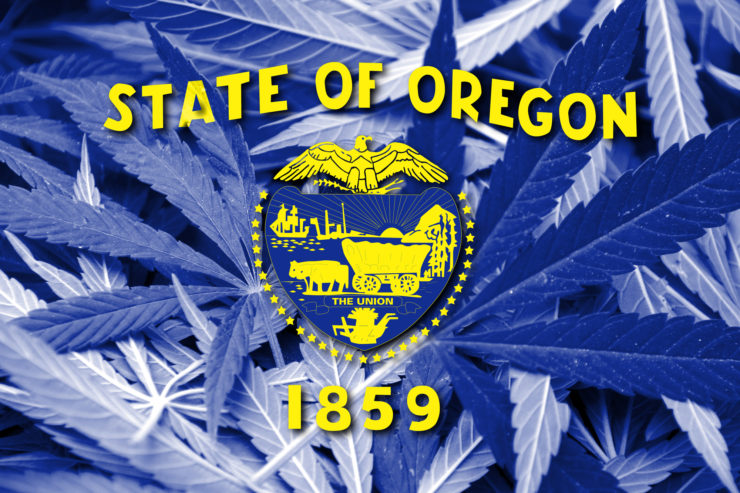 Here we are at the end of 2019, which means it’s time for the fourth annual “State of the State” post on Oregon cannabis (see the 2018 post here; 2017 here; and 2016 here). This past year has been a reckoning of sorts for Oregon cannabis: things slowed down on the marijuana side but accelerated on the hemp side (albeit in fits and starts). Below is a high-level summary of what we are seeing in Oregon cannabis as we move into the new year.

From 2015 to 2018, the Oregon legislature passed a large number of cannabis-related bills in every session, including omnibus legislation, and the state cannabis agencies (OLCC, OHA and ODA) engaged in seemingly non-stop rulemaking. In 2019, the full session was nothing like sessions past. No omnibus bills were enrolled, and only a few narrow laws eventually passed. We summarized those laws in July, but here is the shorthand:

Of these bills, only Senate Bill 218 had an immediate, appreciable impact on the industry at large, especially as OLCC moved stalled applications out of its queue and tightened up license transfer policies. But agency rulemaking was mostly standard fare at each of OLCC, OHA and ODA, and the regulatory environment was less dynamic than ever – which is probably a good thing.

For 2020, expect Oregon to pass a hemp bill related to Oregon’s implementation of the 2018 Farm Bill, and perhaps work around the edges even less energetically with respect to marijuana. It will only be a five-week session.

Status quo in the marijuana industry.

For those staying the course, people have begun to figure out how to make money, or at least to survive notwithstanding oversupply and other market challenges. Perhaps for this reason, we also saw a corresponding decrease in litigation on the THC side, aside from a few marquee filings. From the regulatory perspective, we saw continued uptick in OLCC enforcement actions. We also saw regulators leave state jobs for industry jobs and a few of the larger THC companies draw in c-level talent from other industries. These are all further signs of program maturation.

With respect to licenses issued, last year at this time there were 1,110 active producers; this year, that number increased only slightly to 1,152. On the retail side, the increase was larger in both absolute numbers and by percentage, moving from 606 active licensees to 664. Look for licensee growth to essentially flatline in 2020, and for new market entrants to continue to come in via “side doors” like co-packing and branding agreements.

Farmers planted a record number of hemp acreage this year. According to ODA statistics, nearly 2,000 growers registered to plant over 63,000 acres in 2019. This was a profound increase from 2018, which saw 568 growers and 11,754 acres registered. Overall, Oregon grew more hemp than almost any state in the country this year, and continued to pioneer and promote hemp industry development.

Nearly all Oregon hemp planted in 2019 was grown for CBD, but not everything worked out as planned. First, prices for raw and refine products dropped dramatically. Second, much of the hemp that was planted went unharvested or unsold due to a combination of bad weather and inexperience. For these and other reasons, our office handled more hemp-related litigation than ever before. We expect that unfortunate trend to continue in 2020.

The regulatory environment for hemp continues to evolve both federally and in Oregon. By the time the 2020 planting season rolls around, USDA rules should finally be in place and Oregon will have made some adjustments to its statewide program, as mentioned above.

In 2020, expect Oregon cannabis growth to continue on the hemp-CBD side rather than the THC side. This will be true of everything from intellectual property development to new products and services. Should be fun.