Oregon Cannabis: What to Do If You Receive an OLCC Notice of Proposed License Cancellation or Other “Charging Document” 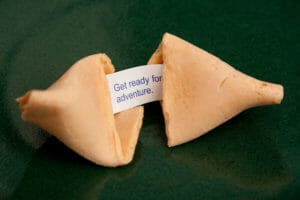 The Oregon Liquor Control Commission (“OLCC”) is tasked with regulating medical and recreational cannabis in Oregon and this includes commencing administrative enforcement proceedings against licensees found in violation of one or more rules. The OLCC may seek sanctions against licensees ranging from a monetary penalty and/or a period of suspension to license cancellation. We sat on the last rulemaking committee and advised the OLCC on this issue, which resulted in some significant changes to the process and associated penalties. We also regularly represent OLCC licensees who find themselves in trouble with the OLCC and we often negotiate favorable settlements on behalf of our clients. It has been some time since we’ve written on this topic and so a refresher on the process is in order—particularly in light of new rules that focus on Licensing and Security issues.

As every OLCC licensee knows, the rules are complex and change frequently and marijuana businesses should establish a comprehensive compliance plan. (See posts on that  here, here, here, and here). When the OLCC determines a cannabis business or its employee has violated a rule, it issues what is known as a “charging document.” The charging document will list what rule has been violated and the penalty the OLCC plans to assess. The rules identify four categories of violations ranging from Category I (the most serious) to Category IV (the least). The charging document is not a final determination and typically follows an intake/compliance report by an OLCC investigator. In that report, the investigator explains the course of their investigation and describes in detail the facts that led the investigator to recommend a sanction for one or more rule violations. The investigative report then goes up the chain in the OLCC to an attorney, who reviews the report and the rules and decides whether to issue a charging document. Typically, the intake/compliance report includes much more factual detail than the charging document.

In every case, a licensee who receives a charging document should immediately request a copy of the investigative report. And in most cases, a licensee should make a broader request for records available through an Oregon public records request. The OLCC is overburdened and understaffed, so getting these records may take a few weeks – though the investigative report is often available quickly and may be obtained from the OLCC attorney assigned to the case (the “Case Presenter”).

The charging document is just the beginning of the administrative process. The marijuana business has the opportunity to contest the charging document and request an administrative hearing – typically within 60 days of receiving the charge. If the charging document alleges a category I or a category II violation, a written answer must be filed along with the request for hearing. The written answer requires more than just a general denial and should specify specific defenses to the allegation in the charging document. It is critical that this submission be timely, comprehensive, and persuasive. In the interim period—i.e. before filing the written answer—the licensee should conduct an internal investigation and begin marshaling supporting evidence. Depending on the circumstances, this may also be a good time to communicate with the case presenter whether a settlement is possible. (This is particularly true if the business has been charged with a Category I violation that seeks license cancellation).

Requesting a hearing and filing an answer converts the process into something more akin to a court case. By this I mean that an administrative proceeding begins before a neutral administrative law judge and the parties engage in discovery followed by a hearing in which the judge admits evidence and hears witness testimony before issuing a proposed order. (Discovery differs in amount and kind from a regular court case.) This process usually takes several months. (See here). The proposed order will include a evidentiary background and findings about whether the cannabis business has violated a rule. The OLCC will review and issue a final order. (The final order either adopts the ALJ’s findings or rejects the findings.) The cannabis business can appeal any adverse final order to the Court of Appeals.

In most instances, a marijuana business will reach a settlement with the OLCC rather than incur the risk and expense of a contested case hearing. In my experience, whether that settlement is equal to, or less than, the violations alleged in the charging document depends on a number of factors that resist easy categorization. The settlement is a public document and any settlement reached with an OLCC case presenter must be approved by the OLCC at one its monthly meetings. (Here is a link to the OLCC webpage listing settlements).

To recap, if you find yourself on the receiving end of charging document you should retain experienced counsel, quickly obtain the investigative report and other documents, conduct an internal investigation, prepare a response and commence settlement negotiations. And if you receive a notice that your marijuana business is under investigation, it’s also strongly advised to “lawyer up.” We can attempt to help steer those investigations as the report is compiled, making any further administrative action easier to deal with.

The post Oregon Cannabis: What to Do If You Receive an OLCC Notice of Proposed License Cancellation or Other “Charging Document” appeared first on Harris Bricken.