Oregon Hemp Litigation: Investor Alleges He Was Shut Out of Hemp Company 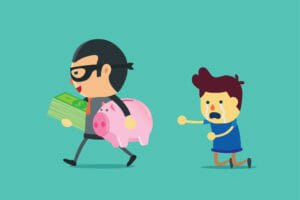 We have been tracking hemp-related litigation for some time. We’ve written about disputes between hemp growers and purchasers, seizures of hemp by law enforcement, consumer class action lawsuits, bankruptcy and other business disputes. Here are just a few of those articles:

A new case filed in Deschutes County, Oregon highlights risks to investors and the importance of retaining a deal lawyer to represent you or your company before making any significant investment in hemp. Haroldson v. OHS Enterprises, LLC et al., Case No. 20CV17834. (Feel free to email me if you’d like a copy of the complaint.)

The complaint alleges that the plaintiff met one of the defendants, GC, in 2017, who presented information about investment opportunities in the hemp industry and represented he was knowledgeable about the hemp production and marketing. The plaintiff helped draft a business plan for a hemp company and agreed to invest $400,000 into the operation for the purchase of property, equipment and other items to start and operate the company. In exchange for the $400,000 investment, plaintiff was to have an ownership interest in any companies formed and in any property purchased for the hemp operation .

In June 2017, plaintiff signed a Unit Purchase Agreement for OHS Enterprises, LLC (“OHS”) through which plaintiff purchased 1,000,000 units of OHS for $400,000. The plaintiff was not represented by his own counsel and plaintiff alleges that one of defendants indicated that the law firm drafting the documents was working on behalf of the companies and the members of those companies. The plaintiff did not recall signing any documents relating to consenting to any potential conflicts of interest.

The plaintiff provided GC and OHS the $400,000 and in September 2017 a parcel of property was purchased near Bend, Oregon for the hemp operation. Meanwhile, the plaintiff brokered a deal to move a house onto the property for GC to live in while managing and operating the hemp business. Over the next several months, per the complaint, plaintiff’s money was used to purchase permits, fuel, tractors, and other equipment for the operation.

Things started going south in November 2018, when plaintiff began having difficulty getting information from GC about the harvest of hemp on the property. By January 2019, plaintiff was having difficulties reaching GC and GC was not providing plaintiff access to any of the companies’ records or accounting. By June 2019, GC was not communicating with plaintiff at all and was not allowing plaintiff access to the property or books and records of OHS. Plaintiff claims that by July 2019 he was completely shut out of the companies and the hemp operation.

The complaint alleges a single cause of action for declaratory judgment asking that the Court add him as a member of OHS and the new company, that he be allowed to examine the books and records of the defendants, and that he be allowed to enter the property to examine the business operations and assets. Based on the facts alleged in the complaint, the choice to only bring a claim for declaratory judgment is an interesting one – claims for breach of fiduciary duty, unjust enrichment and so forth seem plausible. But I expect the choice was strategic and without knowing all of the facts I won’t speculate.

What this case demonstrates is that a person or entity investing in hemp (or frankly any other venture) should retain their own attorney to review deal documents, negotiate terms, and seek security for the investment. By attempting to save money on the front end of the deal and not retaining an attorney, the plaintiff may now find it impossible to recover his $400,000 investment or equivalent value.

The post Oregon Hemp Litigation: Investor Alleges He Was Shut Out of Hemp Company appeared first on Harris Bricken.