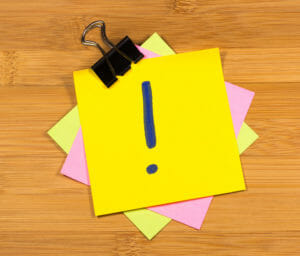 Several months I wrote an article about CBD and false advertising under the Lanham Act and noted an important case on the docket of the U.S. Supreme Court concerning damages in trademark cases, Romag Fasteners, Inc. v. Fossil, Inc. (Supreme Court Docket No. 18-1233).  As you may recall, the Lanham Act, also known as the Trademark Act of 1946, is the principal federal statute that governs trademarks, service marks, and unfair competition. Although Romag concerns trademark infringement under Section 1125(a) of the Lanham Act, many commentators expected the Supreme Court’s decision to apply to false advertising claims as well. This post reviews that decision and explains why it matters to companies selling CBD products.

A brief refresher on False Advertising under the Lanham Act

To prevail on a Lanham Act claim, a plaintiff must plead and prove that their competitor made (1) a false or misleading statement, (2) in connection with commercial advertising or promotion, that (3) was material, (4) was made in interstate commerce, and (5) damaged or will likely damage the plaintiff.

In the past decade, a circuit split arose whether the remedy of disgorgement requires establishing willfulness on the part of the infringing defendant. Some courts said the Lanham Act requires that the infringement be willful to disgorge profits, others said it did not. (Establishing that a defendant “willfully” violated a trademark is a high standard.) Romag held that willfulness on the part of the defendant was not prerequisite for a plaintiff recovering a defendant’s profits for violating the plaintiff’s trademark rights.

The facts in Romag are unremarkable. Romag and Fossil signed an agreement to use Romag’s fasteners in Fossil’s leather goods. Romag discovered that factories in China making Fossil products were using counterfeit Romag fasteners. (See our China Law Blog for how to deal with counterfeit goods in China.) Romag sued Fossil and certain retailers of Fossil products for trademark infringement. A jury found Fossil guilty of patent and trademark infringement but rejected Romag’s claim that Fossil had acted willfully. Among other damages, Romag sought to recover Fossil’s profits. But the district court and the Federal Circuit ruled Romag could not do so absent a showing that Fossil “willfully” infringed its trademark.

The Supreme Court rejected the argument that willfulness on the part of a defendant is a precondition to awarding a plaintiff damages for trademark infringement. The analysis is a straightforward examination of statutory language, which I won’t bore you with here. Notably, the Supreme Court rejected Fossil’s argument that “stouter restraints on profits awards are needed to deter ‘baseless’ trademark suits.” This place for reconciling this argument and its counterarguments, said the Court, is before policymakers – i.e. Congress. Given the dysfunction in Washington these days, I would not expect a “legislative fix” to the holding in Romag anytime soon.

As we’ve explained on many occasions, companies selling CBD products have a plethora of reasons to carefully market their products. Now, add potentially losing all of your profits to the list. To be sure, whether Romag’s holding applies to false advertising claims and not just trademark infringement will be hotly contested in the courts … but is the risk of losing your profits one your company wants to take?

For more reading on these issues see: