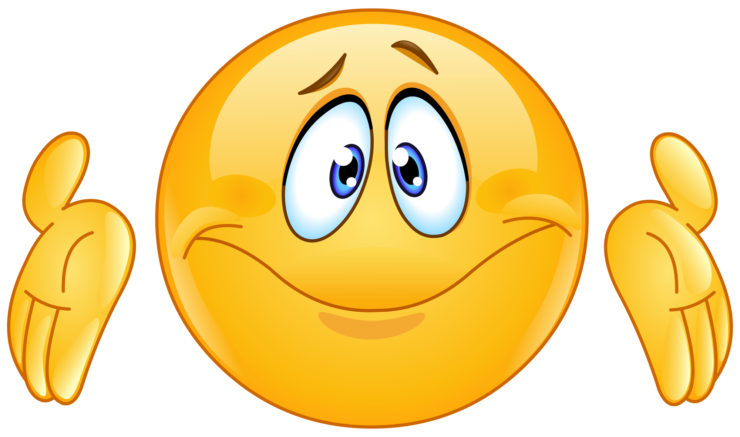 Last month, comedian Sacha Baron Cohen delivered a now widely shared keynote speech at an Anti Defamation League event in New York, in which he spared no harsh words for social media companies who he claims provide a platform for hate speech and the proliferation of fake news. In his speech, Cohen offered sharp criticisms for social media executives’ weak justifications for allowing this to occur, and offered suggestions on how to clean up the mess he claims they created. Cohen’s criticisms aren’t new: Facebook reportedly announced that it would not fact check political ads, and Twitter has reportedly not banned certain forms of hate speech because such bans would allegedly end up blocking some political accounts.

For some reason, if you are a politician who wants to run attack ads on a competitor using completely fake information, you will probably be able to find some platform that allows you to do it, if you pay enough. But if you are a small business that sells a hemp CBD bath bomb, you run the risk of having your entire social media account deleted without any repercussion or remedy. This makes no sense.

Over the past few months, there have been many reports detailing how social media companies have banned user accounts for advertising CBD products (see here, for example). Many social media companies, like Facebook and Instagram (which is owned by Facebook), do not even have a public term and condition or policy that states that CBD advertisements are prohibited anywhere on their website. Apparently, Facebook’s bans have been justified by language on its website that says: “Ads must not promote the sale or use of unsafe supplements, as determined by Facebook in its sole discretion.” But right below that language, the policy lists a series of examples, and does not include CBD, which Facebook could easily include to promote transparency.  Nevertheless, according to many articles published this year, many small businesses have lost their accounts for advertising CBD products.

Despite that Facebook doesn’t publish any terms or conditions relative to CBD, according to the Verge, Facebook’s ban is really meant to target ingestible products. According to Digiday, Facebook apparently won’t ban advertisements regarding topical hemp products. When the Digiday post came out, I attempted to verify whether Facebook had published any information that would give CBD advertisers guidance on what they can and cannot publish, but from what I can tell, the Facebook terms have not changed. All that we have are a few statements from various third-party journalists who are not affiliated with Facebook or other social media companies, and whose statements are not binding on the social media companies. Nothing is stopping Facebook from continuing to ban people who advertise any kind of CBD products.

For any small business that sells CBD products, reliance on these posts can be dangerous. Any small business owner knows that getting social media followers takes time, and often, lots of money. With the potential to have an account shut down, and to lose all the good will associated with that account, social media advertising can be a serious gamble for many businesses. There is no clear appeal right for these denials and the idea of taking a social media giant to court (or forced arbitration) is just unfathomable for almost any small business.

Of course, there are some exceptions to this rule. Twitter, for example, has express (though overly restrictive) rules regarding CBD advertising in the United States, which I’ve copied below:

We permit approved CBD topical advertisers to target the United States, subject to the following restrictions:

There is no clear appeal right for these denials and the idea of taking a social media giant to court (or forced arbitration) is just unfathomable for almost any small business.These are extremely restrictive and paternalistic regulations. Ironically, Twitter’s advertising policy places more restrictions on CBD advertisers than many states do on CBD companies. These terms are so broad that it is likely that many companies currently advertising CBD on Twitter are not in compliance with them, and are therefore risking their accounts.

All of this is compounded by the fact that many CBD companies may not use their own accounts for CBD advertisements and instead use brand ambassadors or influencers to advertise for them. Earlier this year, I wrote about many of the dangers that can come with using social media influencers to advertise cannabis products, but a lot of those risks are the same for hemp-derived CBD advertisements. There are strict Federal Trade Commission (“FTC”) guidelines covering what endorsers can and can’t say and requiring them to disclose the fact that they are paid for their endorsements in the advertisements, which raise three distinct problems for CBD companies.

First, brand ambassadors or influencers can’t do things that an actual CBD company can’t do. The FTC has played a fairly active role in sending warning letters with the Food and Drug Administration (“FDA”) to companies that the two agencies believe are engaged in unlawful advertising online. As the FTC recently told Vice, companies can be held accountable for any unsubstantiated claims made by influencers on the companies’ behalf (and obviously, so can the influencers). But when it comes to social media companies, it is irrelevant who is making a prohibited advertisement. Whoever violates a social media company’s policies (apparently even the undisclosed ones) risks being banned.

Second, if an influencer is banned after making claims paid for by a CBD company, this will likely lead to disputes. Like small businesses, influencers work very hard to build followers. If they lose accounts based on ads requested by companies, that is like losing business. They may sue the CBD companies for some kind of compensation. It is critical for CBD companies who are willing to risk advertising on social media to have actual contracts with their advertisers.

Finally, CBD companies cannot use influencers to hide the fact that they are advertising. I have heard many times that some social media companies won’t take action against people for just discussing CBD products (though I have never been able to verify that claim since social media companies generally do not publish anything in their terms and conditions on CBD). If that claim is true, it may seem advantageous to just pay an influencer to say things about a company’s CBD products that the company would be prohibited from advertising itself. This is flatly prohibited under FTC rules. Any paid relationship must be prominently disclosed. In fact, earlier this year, the FTC released guidelines for social media influencers to help them make the proper disclosures. This follows on the heels of earlier FTC guidance that is highly particularized, for example:

“When people view Instagram streams on most smartphones, longer descriptions (currently more than two lines) are truncated, with only the beginning lines displayed. To see the rest, you have to click ‘more.’ If an Instagram post makes an endorsement through the picture or the beginning lines of the description, any required disclosure should be presented without having to click ‘more.’”

The point is, there is no hiding the ball when it comes to influencer advertising. Companies have to be honest, and this can lead to trouble for them if they don’t follow the rules.

One area where there are actually clear rules is cannabis. Facebook and Instagram, for example, ban cannabis advertisements. These bans actually make sense given that federal law still prohibits cannabis, and because the bans are actually published on viewable terms and conditions for people to comply with.

Social media companies have largely remained outside the scope of federal regulations to date, though that may change in the future. From their standpoint, it makes sense to ban a product that is still classified as a Schedule I narcotic. But hemp-derived CBD is not a Schedule I narcotic. The only real federal policy on point is the policy of the FDA, which only claims that a few classes of CBD goods are prohibited.

Notwithstanding that the FDA has publicly acknowledged that there may be a regulatory pathway to marketing certain products containing Hemp CBD, such as cosmetics, some social media companies have apparently taken it upon themselves to step into the shoes of regulators and ban all kinds of hemp-derived CBD products. Though that has allegedly changed recently, as noted above, many social media companies have yet to publish formal guidance here, though they certainly can. One thing is clear, unfortunately: those whose accounts were banned may never get them back, even if social media companies do change their positions.

My advice to social media companies is to make a choice: step out of the shoes of the government and let people advertise products that are not unlawful, or ban whatever you decide to ban but make clear what the rules are.

The point of all of this is that when it comes to CBD advertising, things are very unclear. Social media companies are apparently dead set on allowing all kinds of posts and advertisements that many people find reprehensible. But when it comes to advertising CBD bath bombs, you better be prepared to bet your business’ account.