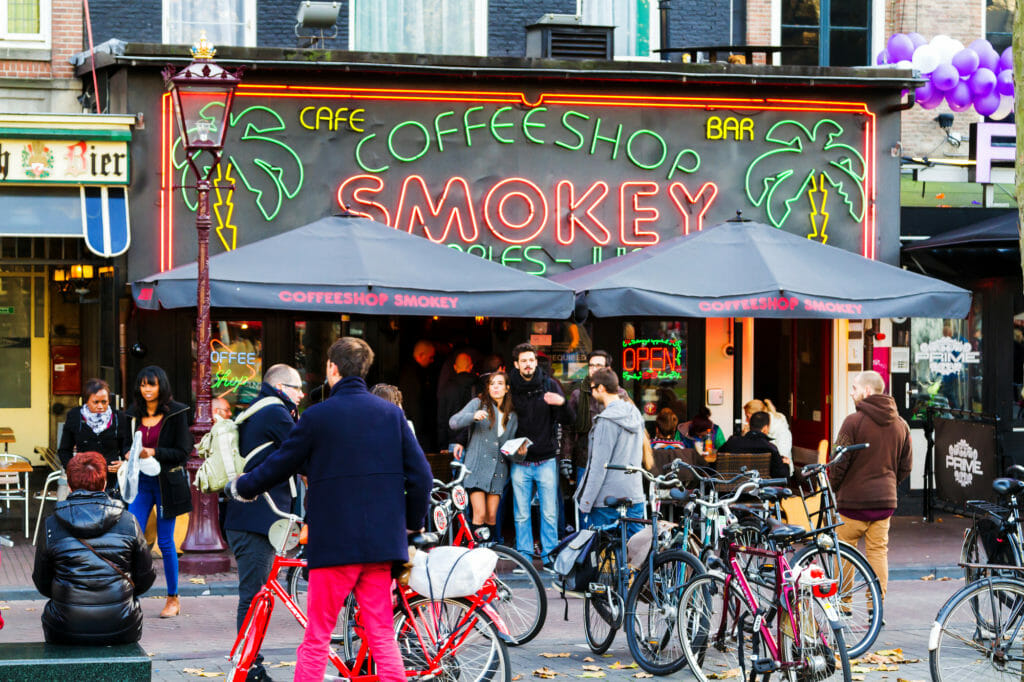 Given that cannabis remains federally illegal in the United States (despite the fact that more than a majority of states have some form of cannabis legal reform), we get pretty excited when we see other countries undertake legalization experiments at the federal level. Canada was the first country to legalize commercial licensing for the cultivation, production, distribution, and sale of adult use cannabis products. Certain other countries have followed suit since Canada, and now the Netherlands is maybe throwing its hat into the ring.

If you’ve ever been to Amsterdam, you’re familiar with the extremely popular and well known coffee shops that sell cannabis (up to 5 grams) to patrons (over 18) for personal consumption on site. Like any good tourist, when I visited Amsterdam for the first time back in 2013 (after Washington and Colorado legalized cannabis for adults 21 and up), I headed straight for the coffee shops to see for myself as a U.S.-based cannabis industry attorney just how they operated under Dutch and local laws.

The Netherlands and cannabis have a pretty interesting legal relationship. Mexico gets a bad wrap because of its notorious drug cartels, but the truth is that the Netherlands isn’t that far off either as a “narco state” where the sources of cannabis cultivation and production are usually from underground, very serious criminal rings in the south. In the 1970s, the country decriminalized the use and possession of cannabis to a certain extent and since then the government has made it clear that criminal prosecution for cannabis possession, in particular, is the lowest enforcement priority and “sales” of cannabis at the coffee shops is openly tolerated by law enforcement.

As a result of the governmental view, coffee shops like those in Amsterdam proliferated across the country, selling cannabis to patrons for personal, recreational use (albeit technically illegally). The cannabis that goes to the coffee shops though comes from the illegal market and it’s not regulated, taxed, or overseen by any government body (we’ve had similar markets on a state-by-state basis in the U.S. where small amounts of cannabis for medical use, for example, are decriminalized but there’s no lawful way to actually acquire any). The kicker is that the Dutch government is well aware of the foregoing issues.

Nonetheless, things seem to be changing for the better in the Netherlands over finally (potentially) establishing a lawful cultivation and distribution network in order to supply coffee shops.

In case you missed it, late in 2019, the Dutch government decided to create and implement a four-year pilot program (via the Controlled Cannabis Supply Chain Experiment Act) in 10 cities where 79 coffee shops would be supplied exclusively by government-selected and monitored cultivators/producers of cannabis flower and hash to see how a lawful chain of cultivation through sale could be worked accordingly. The program is far from perfect–Amsterdam, Rotterdam, The Hague and Utrecht (four of the biggest coffee shop markets)–are not a part of this historic experiment, cannabis selection is going to be pretty limited where no imports are allowed, and the smaller number of coffee shop participants may not yield useful data that can be broadly applied for legislation/regulation across the country. But, it’s a start.

The most recent development in the pilot program is the country’s launching of the competitive and fairly lengthy phased application process (from July 1-28, 2020) wherein the Minister for Healthcare and the Minister for Justice and Security will select five to ten growers to supply the subject coffee shops. Similar to what we see here in the states, not just anyone is going to be allowed to participate in this experiment: would-be growers will have to meet certain criteria in order to get the gig including, but not limited to, either being a resident of the Netherlands with a company in the Netherlands or using a legal entity with a Dutch address to secure permitting, passing background checks, and submitting a comprehensive business plan (which must include a financial plan) that details the following practices, among others: record keeping, testing, meeting coffee shop demand, and compliance around quality assurance. For more details and clarification on the application process, see here (and click on the English translation if you need to).

Seems like the Netherlands is taking a page from the U.S.’s book on competitive criteria to participate in the legal cannabis industry. Barriers to entry unique to the U.S. cannabis industry typically hinge on the availability of a limited number of licenses, residency, certain levels of capitalization, experience, minimal to no criminal background, and the list goes on and on.

While the Dutch pilot program is limited in time and scope for the level of grower character and compliance it seeks to achieve, it’s a legal experiment that’s needed to happen for some time to promote public and health and safety in Holland and to see, hopefully in the long run, the minimizing effects on the illegal cannabis market. We’ll certainly be keeping our eye on how the Controlled Cannabis Supply Chain Experiment Act plays out, so definitely stay tuned.