The Rise of Cannabis Litigation Against Foreign Entities – Where Will You Litigate? 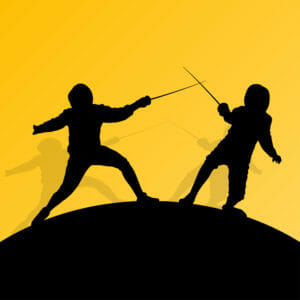 As the cannabis industry continues to evolve, our firm has seen a rise in inquiries relating to litigation between domestic parties and international parties. By the simple fact that a dispute involves a foreign party, a host of special considerations come into play – one of which is, where will this be litigated? Often, in an attempt to have the home court advantage, we are confronted with the situation that both sides have initiated lawsuits in their respective courts. Unfortunately, where the parties ultimately end up litigating is not a simple matter of who got to their courthouse first. In this article, we’ll provide an introduction to two principles that may come into play: international abstention and forum non conveniens.

Colorado River Water Conservation Dist. v. United States, 424 U.S. 800 (1976), provides that a United States court may abstain from exercising its jurisdiction over a case based on “considerations of wise judicial administration, giving regard to conservation of judicial resources and comprehensive disposition of litigation.” A pretty nebulous standard, right? Luckily, the Colorado River Court also provides a list of factors that a court should consider in deciding whether to close its door on a particular case:

Abstaining from the exercise of jurisdiction is the exception, not the rule. So, unless the above factors weigh much more heavily in favor of litigating in a foreign court, a federal court in the United States should agree to allow the case.

Similar to international abstention, dismissal of a case on the grounds of forum non conveniens is a matter of Court discretion. The party that wishes to move the litigation has the burden of establishing (1) that an adequate alternative forum exists, and (2) that the balance of private and public interest factors favors dismissal in the current jurisdiction.

Most other countries have already been classified as “adequate” alternative forums or not, so that’s pretty straightforward. The balance of private and public interest factors is more fact-dependent, and early motion practice involving forum non conveniens typically requires hashing them out:

Generally, dismissal is proper when, in light of these factors, the party requesting dismissal has made a showing that either: (1) establishes oppression against it that is out of proportion to the other party’s convenience (which is usually slight or nonexistent), or (2) makes trial in the current forum inappropriate because of considerations affecting the court’s own administrative and legal problems.

Given the intensely fact-dependent nature of both these principles, it’s important to note that if there is a clause in your agreement or contract that specifically outlines where any dispute will be litigated (a “forum selection clause”), it will be considered presumptively valid and it will be generally enforced “absent a showing that enforcement would be ‘unreasonable under the circumstances.’” Bremen v. Zapata Off-Shore Co., 407 U.S. 1, 10 (1972). Smart contracting in the first instance can help you avoid going through early motion practice involving the arguments discussed above!

The post The Rise of Cannabis Litigation Against Foreign Entities – Where Will You Litigate? appeared first on Harris Bricken.

PrevPreviousWashington May Redefine What it Means to Own a Marijuana Business
NextFREE Retail CBD Webinar Series: June 9, 16 and 23Next