The Weedmaps Subpoena: Has the Feds’ Interest in the Cannabis Industry Really Shifted? 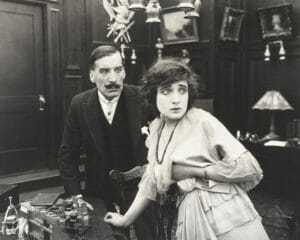 Last October, Weedmaps, the well-known platform providing cannabis consumers with information related to cannabis products, online ordering, retail store and product listings, and consumer education, received a subpoena from the U.S. Attorney’s office for the Eastern District of California seeking records related to a number of cannabis operators listed on the platform, as well as documents related to its ordering service, records related to its staff, investors and accounting.

In an emailed statement to MarketWatch, a Weedmaps spokesperson stated:

“Given our role as the largest technology company in the cannabis sector, from time to time, Weedmaps receives requests for information from government agencies. We cooperate with these requests as we do with all lawful inquiries. Our corporate policy is not to comment to the media about any specific legal matters or inquiries with respect to the company or any of its customers.”

But of course, the probe has raised concerns throughout the industry that the federal government is taking a renewed interest in adult-use cannabis operators. In particular, the subpoena requires Weedmaps to produce “any and all documents related to the company’s service that facilitates the online ordering of marijuana,” as well as any communication or agreement between Weedmaps and anyone engaged in commercial cannabis activity. The subpoena also demands production of documents related to a list of thirty different California cannabis operators, some of which are well-known throughout the industry.

Some of the interesting and perhaps telling document requests from the U.S. Attorney’s office include documents:

These requests in particular could indicate that what the feds are really interested in here are those companies engaged in commercial cannabis activity in violation of state law – activity that the federal government has always made clear it would prioritize for enforcement. And it is likely also interested in whether Weedmaps has played a roll in facilitating that illegal commercial cannabis activity.

Weedmaps has received scrutiny in the past for advertising unlicensed commercial cannabis businesses in California. On February 16, 2018, the Bureau of Cannabis Control (BCC) sent a cease and desist letter to Weedmaps stating it had “determined that weedmaps.com is engaging in activity that violates state cannabis laws” because its “website contains advertisements from persons offering cannabis and cannabis products for sale that are not licensed to conduct commercial cannabis activity.” The BCC deemed this to be “aiding and abetting in violations of state cannabis laws,” and demanded that Weedmaps immediately cease all activity that violated state cannabis laws.

Weedmaps has been targeted by other agencies, including the City of Sacramento Office of Cannabis Policy and Enforcement, for similar violations. Sacramento’s cease and desist specifically called out a number of delivery services that were operating unlawfully within its jurisdiction, but which were also advertising on the Weedmaps platform. In response to this scrutiny, Weedmaps announced in August 2019 that it would no longer allow black-market businesses to advertise on its site.

While the entire cannabis industry is rightfully nervous about federal inquiries like this one, it’s unlikely that California-licensed operators that are acting in accordance with state law should be more concerned than normal. The probe into Weedmaps, although its implications could be far-reaching, seems to target commercial cannabis activity that is not in compliance with state law – something that the federal government has deemed an enforcement priority since the days of the Cole Memo. Regardless, we’ll be following this closely as additional developments unfold.

The post The Weedmaps Subpoena: Has the Feds’ Interest in the Cannabis Industry Really Shifted? appeared first on Harris Bricken.