This Psilocybin Patent Could Be a Really Big Deal 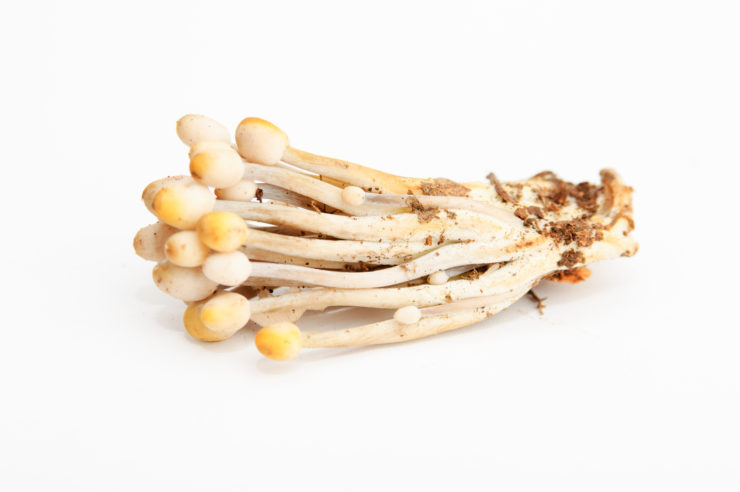 Last week, COMPASS Pathways announced its acquisition of US Patent No 10,591,175. What does that patent cover? Psilocybin! More specifically, COMPASS has locked down “methods of treating drug-resistant depression with a psilocybin formulation.” The company is also running a phase IIb clinical trial of its patented formulation, COMP360, which we covered in a blog post back in 2018. In that post, I explained how the Food and Drug Administration (FDA) approval process works and why this trial is so interesting and important.

COMP360 is not the only patent application related to psilocybin, but it has generated a lot of press. Some of that press includes scare articles related to a “millionaire couple threatening to create a magic mushroom monopoly.” Other observers take a more measured position, examining the COMP360 application in detail, and concluding that “the only monopoly sought by Compass Pathways is for the right to make, use or sell their extremely narrow and specific forms of psilocybin.” These analysts posit that psilocybin research and commerce will not be affected in any meaningful way by COMP360, including for sale of “any varieties of magic mushrooms.”

Patents with narrow claims are easier to obtain and enforce. Assuming that is the case with psilocybin, the COMPASS effort should have no direct impact on decriminalized psilocybin in places like Oakland and Denver, or broader legalization efforts here in Oregon. Still, the fallout from patents—and especially drug approvals—for controlled substances can be hard to predict. When clinical trials began for cannabidiol (CBD), for example, no one could have foreseen the impact that FDA’s eventual approval of Epidiolex would have on the legality of CBD as a food or dietary supplement. Back then, no one knew CBD consumer products would be a thing.

Will the country be overrun by a wave of food, beverage and other products containing psilocybin sometime in the next decade? It seems unlikely, even if microdosing continues to trend. Psilocybin is a very different chemical than CBD, primarily for its psychoactive properties. In addition, psilocybin (along with psilocin) is included in Schedule I of the federal Controlled Substances Act and in Schedule I of the United Nations Convention on Psychotropic Substances. For psilocybin to have a broad path forward, it would have to be descheduled and decriminalized, just as hemp was here in the United States.

Ultimately, it is important not to lose sight of what COMP360 is actually for: treating drug-resistant depression. As I wrote previously, around 100 million individuals suffer from treatment-resistant depression worldwide. This means that nothing works– not antidepressants, not psychological counseling, not even grisly procedures like electroconvulsive therapy. Almost everyone knows someone who has suffered from this disorder.

If COMP360 performs well in current trials, a lot of people stand to benefit. COMPASS will benefit as well by raking in the profits, just as GW Pharma is doing today with Epidiolex. That seizure drug returned $296 million in revenues in a stellar launch year. Remember too that COMP360 is a depression drug: its ceiling is probably much higher.

Hopefully COMP360 expands rather than limits the seemingly vast potential of magic mushrooms. If it does not, the fallout will be deeply felt. Even compared to the cannabis community, the magic mushrooms crowd is decidedly anti-corporate and impassioned with respect to ownership claims on the compound. Psilocybin advocates will be watching COMPASS closely.

We will continue to track COMP360 and psilocybin in general. For more on psilocybin, check out the following posts:

PrevPreviousDoes Your Cannabis Business Qualify for Trademark Protection? The Answer is Most Certainly “Yes!”
NextState of the State: Washington Regulators Turning a New Leaf (Part 1)Next