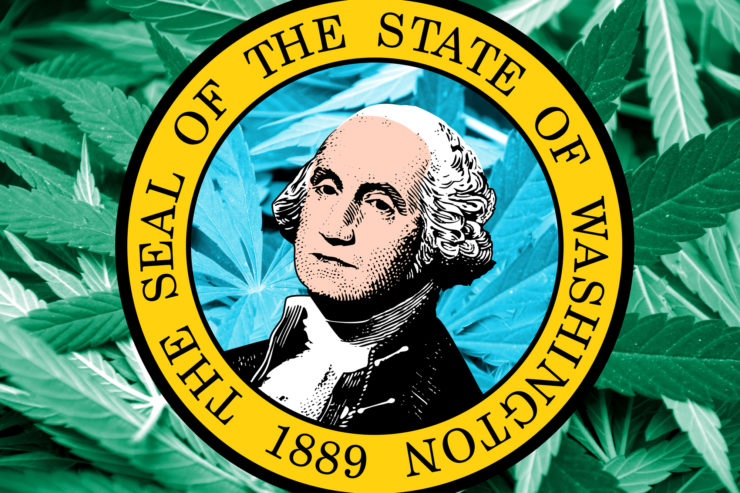 Last month, two pieces of legislation were introduced to the legislature that could substantially alter Washington State’s advertising laws: HB 2350 and HB 2321. Each bill would tighten advertising restrictions for cannabis businesses, particularly with regard to advertising that could appeal to youth. Both bills were filed pre-session, and both already have moved into the Committee on Commerce and Gaming. The bills are summarized below.

Existing regulations already prohibit licensees from placing any sign or advertisement for marijuana or marijuana products within 1,000 feet of the perimeter of a school grounds, playground, recreation center or facility, child care center, public park, library, or game arcade that does not restrict admission to persons twenty-one years or older. However, existing regulations also allow for the placement of billboards, which are currently limited to displaying text that “identifies the retail outlet by the licensee’s business or trade name, states the location of the business, and identifies the type or nature of the business.” These billboards cannot depict marijuana or any marijuana products. The purpose of these restrictions is to limit retailers to placing billboard advertisements that provide the public with directional information to the licensed retail store. However, HB 2350 would prohibit all billboards placed by marijuana licensees, regardless of content.

The one concession made in HB 2350 is that the Liquor and Cannabis Board (“Board”) would no longer be able to limit the number or size of on-premises signs or advertisements used by a marijuana licensee at their licensed location.

The second pending piece of legislation, HB 2321, also aims at reducing youth access to all products intended for consumption by adults over the age of 21. Although retailers would no longer be limited to two signs of limited size outside the licensed premises, the Board would be tasked with ensuring that signs are not appealing to youth or those under twenty-one, and sets forth penalty minimums for violations.

This piece of legislation also specifically targets vapor-product retailers, with vapor products not including “any product that meets the definition of marijuana, useable marijuana, marijuana concentrates, marijuana-infused products, cigarette, or tobacco products.”

Regulations around advertising have been constantly evolving since the passage of I-502. The last major regulatory changes surrounding billboard and outdoor advertising went into effect in 2017, when the following restrictions took effect:

But billboards in particular have long been a source of contention, since meeting the perimeter restrictions is often difficult, especially in densely populated, urban areas. We will continue following the progress of both of these bills, and will update readers if and when a rule change takes place.