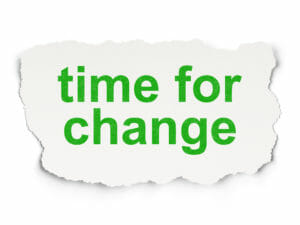 Nationwide protests in the wake of the police killing George Floyd have reignited a public debate over police brutality in the United States. People are demanding police forces be defunded or even disbanded.

The call to defund the police is of course a financial issue but it is also about building constructive police alternatives. It is a call to reinvest in our communities and to explore new and more equitable solutions.

This is precisely what the City Council of Portland, Oregon, sought to accomplish last week, when it approved an amendment to a proposed budget for its underwhelming cannabis program. This amendment will move approximately $27 million from marijuana tax revenue funds that formally went to the City’s police department to programs focusing on restorative justice initiatives.

Though back in 2016, the City of Portland passed Recreational Marijuana Sales Measure 26-180, a measure that allocated marijuana tax dollars to substance misuse treatment, public safety and small business development, a 2019 Portland City Auditor report revealed that 46 percent of marijuana tax revenue had gone directly to the Portland Police Bureau. In other words, marijuana tax revenue was funding the very institution that has disproportionately targeted communities of color, particularly Black and Brown men, in enforcement of marijuana laws.

As Jason Ortiz, President of the Minority Cannabis Business Association (“MCBA”) and police accountability activist, stated in a recent press release, “[t]his [misallocation of marijuana tax revenue] is not just an Oregon problem, this is a national disgrace.” Mr. Ortiz explained that the MCBA expects jurisdictions across the U.S. to follow Portland’s lead and he encouraged all cannabis justice advocates to investigate their municipal finances and local cannabis company investments to determine if and how marijuana tax revenues intended for community uplift are in fact being allocated.

Indeed, the proper allocation of marijuana tax revenue is part of the national issue of cannabis reform. Throughout the United States, conversations have been taking place regarding the relationship between marijuana prohibition and racial injustice.

Last month, the House of Representatives introduced a resolution condemning police brutality and racial profiling, and calling for “sound and unbiased law enforcement policies that would reduce disparate impact of police brutality and use of force on Black and Brown people and other historically marginalized communities” that stem, in part, from the War on Drugs.

States too have been vocal about the role of marijuana reform in fighting racial injustices.

During a recent press conference, California Governor Newsom highlighted California’s legalizing recreational marijuana as a “civil rights” issue. This statement was echoed by Virginia Governor Northam who stated that the enactment of cannabis decriminalization legislation in May was intended to address racial inequalities. Other states, including New York, are pushing for the passage of criminal justice reform legislation, including the legalization of marijuana.

The calls for change following George Floyd’s murder help shine a spotlight on the devastating damage caused by decades of cannabis prohibition and on the need to ensure our resources get reinvested into the communities most harmed by cannabis prohibition. This a fundamental aspect of honoring these calls abolishing racial inequality in Portland, in Oregon, and throughout the country.