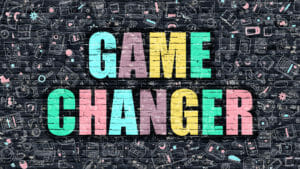 Yesterday at the close of business, the Washington State Liquor and Cannabis Board (LCB) emailed stakeholders an update on COVID-19. This update was in response to an earlier proclamation by Governor Jay Inslee which shut down restaurants, bars, coffee shops, and any other venues where people congregate to eat and drink. The proclamation also prohibits public venues where people congregate for entertainment, social, or recreational purposes, such as “theaters, bowling alleys, gyms, fitness centers, non-tribal card rooms, barbershops and hair/nail salons, tattoo parlors, pool halls, and other similar venues[.]”

The proclamation did not prohibit restaurants from providing, drive-through, take-out, and delivery services or shut down businesses like grocery stores, pharmacies, or convenience stores. However, all retail stores must “designate an employee or officer who must establish and implement social distancing and sanitation measures established by the United States Centers for Disease Control and Prevention or the Washington State Department of Health guidelines.”

The WSLCB’s guidance clarifies some points within Washington’s regulated marketplace. First, it clarifies that marijuana retailers are not required to close, so long as they designate an employee or officer to establish best practices in light of COVID-19. It’s reassuring to those businesses that wish to stay open to see this confirmation from the LCB. It also makes sense given that all products that are sold in a marijuana retail store are required to be contained within child-resistant packaging. That helps mitigate the risk of contamination of marijuana or marijuana products. These items are sealed long before they reach a retailer’s shelves and retailers should never be handling unpackaged marijuana products. The LCB guidance did not address producer/processors but they are generally not open to the public at all, meaning that the proclamation would not shut them down either.

Second, the LCB requires that all on-premises tasting rooms are to shut down. This is not really a problem for marijuana businesses in Washington because on-site consumption of marijuana at a licensed entity is not allowed. In fact, it’s a felony for any business to offer a physical location where the consumption of cannabis is encouraged or even tolerated. However, this is worth noting as it could impact what are known as “Vendor Days” were marijuana producer/processors head to retailers to promote certain products. Vendors will sometimes offer samples of edible products. These samples do not contain cannabis, but if the vendor is promoting an edible product it is common for the vendor to bring along edibles without any infused marijuana. Most clients that I have spoken to already have made the decision to cancel vendor days in the near-term. That is likely now mandatory.

Third, the LCB guidance states that the agency is identifying ways to help licensed businesses during this closure, specifically, curbside delivery. Washington law effectively bans the delivery of marijuana by requiring that sales take place in a licensed retail outlet. Medical patients can purchase marijuana for the purpose of home-growing cannabis directly from producers; but other than that exception, all marijuana sales must take place in a store. The LCB may be extending that zone slightly beyond the physical store. This would allow consumers to pre-order and then pick up and pay for their order within their cars. It’s very unlikely that the LCB could go any further, as allowing for commercial delivery would go beyond the scope of the agency’s powers, meaning the legislature would probably have to act before any type of commercial delivery is allowed. However, the LCB is also looking at other potential modifications to its current regulations to respond to this health crisis.

I don’t have any data on this, but I do know that I’m hearing from my clients that Washingtonians are flocking to marijuana retailers to stock up. I imagine this is because people are trying to find ways to pass the time indoors while the world goes on hold for COVID-19. For now, retailers are staying open.

I’m going to attempt to update this blog post through March 17, as the LCB may provide additional details throughout the day. I’ll also be tweeting out new information as it comes in.

PrevPreviousCannabis and Coronavirus: What Your Business Should Do Right Now
NextFive Ways California Can Ease COVID-19 Burdens on LicenseesNext