Why We Love the Harborside IRC §280E Appeal 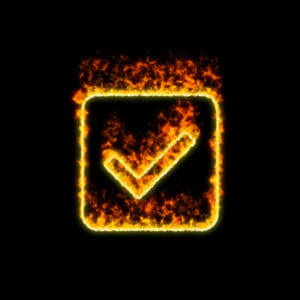 Recently, I mentioned that except for Champ v. Commissioner. no cannabis company has ever won an IRC §280E case. One of the more famous setbacks was a 2018 case known as Harborside v. Commissioner, which expressly found Internal Revenue Code §280E constitutional. That decision started with the memorable line that:

“[Harborside] owns what may well be the largest marijuana dispensary in America. To the Commissioner that makes it a giant drug trafficker, unentitled to the usual deductions that legitimate businesses can claim…”.

You can probably guess where it went from there– Harborside was routed. Today, however, they are at it again, re-litigating that case in the U.S. Court of Appeals for the Ninth Circuit.

Before I get going on Harborside’s case, I should disclose that my law firm represents the company on matters unrelated to the present litigation. I am writing this blog post with a green light from Harborside (but without its input or review). I should also disclose that I’m not a tax controversy lawyer and no one in our cannabis business practice group has that specialized experience. However, we do understand tax issues well and we have structured hundreds of cannabis businesses over the years.

Turning to the appeal, Harborside makes two primary arguments in its opening brief. I’ll cover those at a high level below, and then touch on the pair of amici (supporting) briefs that were filed last week by various industry organizations.

IRC §280E has been applied in an unconstitutional manner that runs contrary to the Sixteenth Amendment of the U.S. Constitution

Harborside’s argument here is that for an income tax “there has to be a gain”, yet the prevailing application of IRC §280E can impose a tax when a taxpayer is actually in a loss position. As such, a tax that does not levy on income is not an “income tax.” This regime is unconstitutional in that Harborside “is forced to pay taxes in years when it is losing money.”

The simplicity of this argument is appealing. We haven’t yet seen any government briefing, but I expect arguments along the line that the mere disallowance of a deduction is not unconstitutional and would bring unintended consequences writ large. This is because there are many deductions that are disallowed to certain types of businesses (including non-cannabis businesses) in certain contexts. Many of these businesses are marginally profitable, such that the absence of an available deduction drops them into a loss position. Expect the I.R.S. to argue that a Sixteenth amendment ruling in Harborside’s favor would open a Pandora’s box.

IRS and the U.S. Tax Court have wrongly interpreted how costs of good sold (COGS) should be calculated by cannabis companies under IRC §280E

The government will attack this argument in various ways, especially Harborside’s contention that it “closely resembles a grocery store” in that its retail goods “arrive at the back of the dispensary and then there is extensive testing and preparation” prior to display. The government will argue that grocery stores are not trafficking in federally controlled substances and that, in any case, the tax court correctly identified that marijuana dispensaries are “resellers” for purposes of §471. This means those businesses must adjust for COGS according to Treas. Reg. § 1.471-3(b).

Unlike the Sixteenth Amendment issue, these arguments become surpassingly technical, but Harborside again appears to have a high bar.

The NCIA brief makes several categories of policy argument prior to wading into the Sixteenth Amendment issue. It generally stays out of the COGS morass, and adds a flier of an argument in conclusion: namely, that IRC §280E violates the Eight Amendment’s Excessive Fines Clause.

The policy arguments here will be familiar to many industry supporters:

All of those things are probably true! But they are not legal arguments and probably won’t move the needle on the Sixteenth Amendment issue. With respect to that argument, the NCIA brief neatly wraps in the COGS issue, defining “income” as “gain” and arguing that “gain is gross receipts minus COGS and necessary business expenses.” It cites a compelling dissent from a 2019 tax court decision (N. Cal. Small Bus. Assistants Inc. v. Comm’r of Internal Rev., 153 T.C. 65), observing that “[t]he result of IRC §280E is that the determination of the supposed ‘income tax’ liability of a taxpayer trafficking in illegal drugs bypasses altogether any inquiry as to his gain.” That is what happened with Harborside.

As to NCIA’s argument on the Eighth Amendment’s Excessive Fines Clause, that one goes about how you’d expect, although it encounters a hurdle to start: viz., it’s unclear whether the protection against excessive fines inures to corporations as well as “natural persons.” Assuming that corporate personhood is not an issue here, the core argument is that IRC §280E is plainly meant as a punishment or penalty, its effect is disproportionate, and its harm is extensive.

This brief focuses on the inventory accounting issue entirely. First, it parses the IRC to find that the tax court holding “unconstitutionally denies a reduction of gross receipts for inventory costs.” Second, it argues that the doctrine of constitutional avoidance should “result in broad application of inventory rules when IRC §280E applies.”

The approach taken here is very different than in Harborside’s appellate brief or the NCIA amicus brief. The argument is not that IRC §280E is unconstitutional. Instead, these trade groups argue that the result in the underlying tax court case was unconstitutional. It will be interesting to see how much attention these arguments get in the Ninth Circuit’s review.

The cannabis industry should be incredibly thankful for Harborside. Some of the early commentary on this appeal is that the company is wasting time and resources, that it’s pressing the IRS and the courts into a hardline entrenchment on IRC §280E (as if that were not already an issue), and that only Congress can address the issues at hand.

Maybe. But here’s the thing. The cannabis industry has not lobbied Congress effectively for tax relief (or anything, really). This appeal will drag on for a year or so. In that time, it will add visibility and attention to one of the most debilitating issues related to owning a cannabis business, and particularly a retail business– unfair taxation. These businesses are contributing greatly to state, local and federal economies, but the IRS treats them like fentanyl dealers.

Is Harborside going to win? I don’t know. Maybe not. But Harborside came for the fight. These are excellent briefs written by sharp lawyers at reputable firms. The appeal is well-sited in the Ninth Circuit, and review is de novo. Harborside is making its best arguments and adding pressure points where something has to change. Hopefully, it finally will.

The post Why We Love the Harborside IRC §280E Appeal appeared first on Harris Bricken.