Will China Really Buy More U.S. Hemp? There is No Guarantee 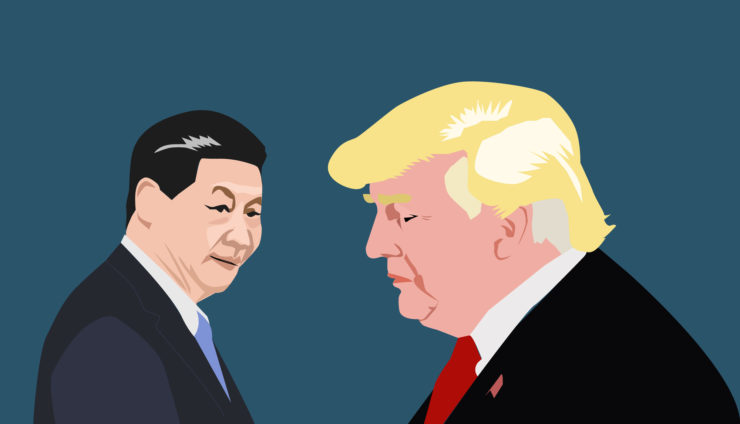 Two major President Trump-centric events have been unfolding these past few weeks, and each has alternatingly claimed the limelight and been overshadowed by the other. First, we have the ongoing Senate impeachment hearings, which began January 16, and second, phase one of the U.S.-China trade deal, which was signed and made public on January 15.

With respect to the trade deal, certain commentators have highlighted the appearance of hemp in the agreement. One prominent marijuana publication published an article the day after the trade agreement was made public, on January 16, claiming that, “China Must Import More Hemp From U.S. Under New Trade Deal.” That is an overly generous interpretation. We’ll investigate and clarify that optimistic claim below. The short gloss is that China may buy more hemp from the U.S. under the new trade deal, but China is definitely not obligated to buy more (or any) U.S. hemp as a result of the trade deal.

Even though China has been both officially and unofficially producing hemp for centuries, U.S. hemp is, like most U.S. products and even agricultural commodities, attractive to Chinese businesses and consumers. Like many sectors where China is working a 996 schedule to catch up and overtake the U.S. as the global economic superpower, China and Chinese companies are actively pursuing ethical and unethical ways to acquire U.S. technology and know-how, including our best agricultural practices, trade secrets, and the best crops our hemp geneticists can produce.

As I noted in a prior blog post, China has an outsized role in global hemp production, and Chinese companies own approximately half of the global cannabis patents. But it is interesting that China has not yet matured in large-scale way from the labor-intensive growing and processing of hemp to the technology-intensive production of cannabinoids (like CBD, CBG, and CBN) and cannabinoid-derived products. Currently, China only accounts for about 11% of the CBD produced globally, but as more global markets and consumers open up to hemp-derived products, China will exert its influence. Frankly, it is likely impossible for China to house 1/7 of the world’s population and not affect global markets by the mere discussion of a change in government support for China-based industries, companies, and products.

Now to the terms of the trade agreement. The phase one portion of the trade agreement covers the general categories of intellectual property (including pharmaceutical-related intellectual property that is rapidly becoming ground zero for the battle between big pharma/biotech and natural products companies), forced technology transfers, trade in food and agricultural products, agricultural biotechnology, financial services, macroeconomic policies and exchange rate matters, expanding trade generally, and bilateral evaluation of the trade relationship and dispute resolution.

Many commentators have expressed doubts that the trade agreement is good for the U.S. or that it will do anything beyond merely extending the rollout of the next round of tariffs post-the November presidential election on the way toward near-total decoupling between the U.S. and China. But if we take the terms of the trade agreement at face value, in 2020, China must increase its importation of “agricultural goods . . . no less than $12.5 billion above the 2017 corresponding baseline,” and in 2021, “no less than $19.5 billion above the 2017 corresponding baseline.” Also, a footnote in the agreement says, “At the request of the United States, China will strive to purchase and import $5 billion per year of the U.S. agricultural products…in addition to the minimum amounts set forth herein.”

Even though this “import” statement is not binding, it could represent additional purchases of agricultural goods. In the agreement, we find “true hemp (cannabis sativa l.), raw or processed but not spun; tow and waste of true hemp (including yarn waste and garnetted stock)” as one of 216 categories of agricultural commodities of which China is required to increase its purchases. If I were a gambler, I would not take those 1/216 odds (less than half of 1%) that China’s increased agricultural purchases are guaranteed to significantly impact the U.S. hemp industry. That 1/216 equals approximately $90 million of increased purchases in 2020, which would account for a roughly 7% increase in the projected 2020 U.S. hemp industry, which overall is projected to grow at 14% compounded annual growth through 2022. Chinese companies could just as easily decide they want to buy $90 million more human hair, which is also one of the 216 agricultural goods on the list with hemp. U.S. companies wanting to export hemp to international markets is an order of magnitude larger than those willing to research and put forth the investment in order to do so.

In a future post I will delve more deeply into the intellectual property implications of the trade deal on the U.S. and world cannabis (including hemp) industries. China has a big head start in cannabis patents compared to every other nation, but I think that western nations, especially the U.S., are particularly good at catching up, especially if Sputnik was any indication of what we are capable of when we are motivated to make significant advancements in any area we see as strategically important. In the meantime, do not hold your breath that this phase one trade deal will be a windfall for U.S. hemp farmers.

If you are interested in keeping up with China-focused legal developments, check us out on our award-winning China Law Blog.

PrevPreviousIs Tribal Cannabis on a Comeback Tour?
NextState of the State: Washington Regulators Turning a New Leaf (Part 2)Next