You Ask, We Answer (Part 2): Questions From the California Cannabis Webinar 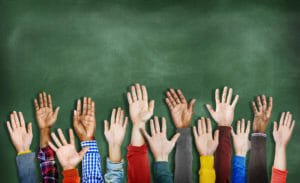 I recently teamed up with my colleagues Hilary Bricken and Griffen Thorne to put on a free webinar answering all of your pressing questions about cannabis legal issues in California. (Check out the replay here.) The response was overwhelmingly positive, and we received a lot of great questions that we weren’t able to get to during the hour-long session. We’ll be offering similar webinars in the future, but in the meantime, we thought it would be useful to take some time and answer some of the questions we received that we weren’t able to cover live. Last week, we covered Round 1. In this round of questions, we’ll tackle issues that relate to cannabis in California.

Q: I heard the three state licensing agencies were coalescing. Is that still happening? If so, any idea when?

For those who are unfamiliar, on January 10, 2020 the Bureau of Cannabis Control (“BCC”) issued a press release entitled, “Consolidation of California Cannabis Licensing Authorities” related to a budget proposal released by Governor Newsom. According to the press release, Newsom’s intent is to combine all three California cannabis regulatory agencies (the CDPH Manufactured Cannabis Safety Branch, the CDFA CalCannabis Cultivation Licensing Branch, and the BCC) into one single Department of Cannabis Control by July of 2021. The new department would have an enforcement branch and would align the three current, different sets of regulations for cannabis licensees.

Although the press release stated that more details would be released this spring, we have yet to see those details.  Given the shift in priorities over the last couple of months with the Covid-19 pandemic, we wouldn’t be surprised if implementation is delayed, but we also have no reason to believe that consolidation isn’t still on the table.

Q: I’m an accountant in New York and would like to research what is required for potential clients dealing with cannabis. Are these laws consistent in every state?

No. One of the greatest challenges faced by cannabis companies (and this goes for both “marijuana” and hemp-CBD cannabis companies) is that regulations vary widely from state to state. On top of that, regulations are changing on a near-constant basis, and these changes can be difficult to keep track of.

In order to serve our MSO clients who are kept up at night by these shifting regulations, our firm has developed a 50-state survey of hemp-CBD rules and regulations that is updated on a monthly basis. The survey outlines each state’s position on the sale of hemp-CBD in three product categories:

States have adopted distinct and evolving approaches to regulate these products, often inconsistent with FDA positions. For example:

Unfortunately, we do not provide such a survey regulated marijuana businesses, as those rules and regulations tend to be much more robust and complex. We do, however, advise clients on these regulations in a number of states, including California, Washington, and Oregon, and have worked with local counsel in a variety of other states. Staying on top of regulatory compliance is one of the biggest burdens of every MSO.

Q: Have you worked with or for cannabis labs?  If yes, what issues and challenges are they facing? What are the companies that are utilizing testing are saying about the cost and quality of testing?

We have worked with numerous cannabis labs in California, as well as in Oregon and Washington. Many of the labs we represent are MSOs, and that seems to be where the greatest challenges fall for any licensee, regardless of license type. Complicated ownership structures necessitate complicated disclosures, and this is often cumbersome during the licensing process.

But aside from the standard licensing hurdles faced by cannabis businesses, labs must also obtain and maintain ISO/IEC 17025 accreditation, which is complicated process on its own.

As far as cost and quality of testing, there have long been complaints in the industry that test results vary from lab to lab, calling into question the accuracy of testing and the issues created by a lack of federal guidance.

Q: Have you seen “liens” on licenses by creditors, actually perfected by the lien holder? Assuming of course that the creditor was approved as an Owner?

We have not yet seen liens on cannabis licenses in California perfected by a lien holder, although we have seen the assets of cannabis businesses placed into receivership and sold at auction.

For background, another challenge facing the cannabis industry is that bankruptcy protection is not available to cannabis businesses due to the fact that cannabis remains a federally-illegal Schedule I controlled substance under the federal Controlled Substances Act (“CSA”). Bankruptcy cases are handled in federal court, and the rationale is that it wouldn’t be possible for a United States Trustee to control and administer a debtor’s assets (cannabis) without violating the CSA.

Both Washington and Oregon have statutes and administrative rules that seek to bridge the bankruptcy gap by allowing creditors to seize and sell cannabis – Oregon rules provide “Standards for Authority to Operate a Licensed Business as a Trustee, a Receiver, a Personal Representative or a Secured Party.” Our firm has assisted multiple clients in both Washington and Oregon in acquiring and perfecting security interests in licensed cannabis businesses.

Unfortunately, in California, although we have statutes specifically addressing the use of receiverships to transfer the interest of a debtor in an alcoholic beverage license, no such laws currently exist for cannabis licenses. We are certain this will change in the future. We’ve written previously in more detail about receivership and distressed cannabis assets in California.

Q: Collection on payment is very difficult as operators do not want to pay. What legal options does a business have against the delinquent cannabis operator? Demand letters and collection agencies are not working.

This is a problem we see regularly, in a variety of forms. First, and most importantly, get everything in writing. Don’t rely on handshake deals or form agreements – take the time to draft up a thorough distribution agreement that contains both a very clear payment schedule and  protocol for disputes specifically related to failure to pay. Having clear dispute resolution provisions in place can save a lot of time and money in the event a breach of contract does arise.

When drafting these agreements, think carefully about the payment terms. Will the distributor pay for the product when they pick up the product, or will they pay once the product sells at retail? The latter is much riskier for a wholesaler, for example. And pay close attention to whether your distributor is extending credit to retailers, because if the distributor doesn’t have to pay until the retailer pays, this could delay payment even further.

Having a solid agreement in place from the outset will make it easier to state your case and prove a breach in the event that your distributor doesn’t pay. And having detailed dispute resolution provisions, perhaps beginning with an obligation to mediate, can save time and money as well as (hopefully) avoid the need to sue the other party in court for breach of contract.

The post You Ask, We Answer (Part 2): Questions From the California Cannabis Webinar appeared first on Harris Bricken.