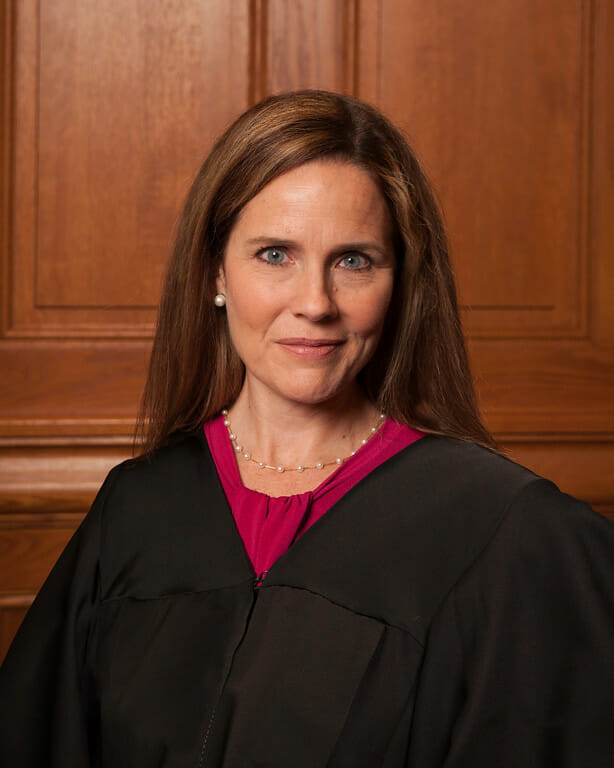 When President Trump announced he was nominating Judge Amy Coney Barrett to succeed Justice Ruth Bader Ginsburg on the Supreme Court last week, the future of many key issues was called into question. We won’t mention or write about them here because this blog is dedicated to all things cannabis, but there is one issue on which we’ve been warning our readers and, on which we kind of know exactly what Judge Barrett thinks.

Back in August, I wrote this post about Facebook, Inc. v. Duguid (“Duguid”) – a case currently before the Supreme Court on the issue of whether the definition of an ATDS “encompasses any device that can ‘store’ and ‘automatically dial’ telephone numbers, even if the device does not ‘us[e] a random or sequential number generator.’” As I noted there, the Circuits are currently split on this issue.

Put simply, the Second and Ninth Circuit ruled that any device with the mere capacity to automatically dial numbers, is covered as an ATDS. Although not quite this simple, you could say the practical outcome is that the Third, Seventh, and Eleventh Circuits are pro-business positions, and the Second and Ninth Circuits are pro-consumer positions. The Supreme Court is supposed to pick a side by the end of this year.

Well, turns out we have a pretty good idea of how Judge Barrett would rule on this issue because she authored that Seventh Circuit ruling. The case, Gadelhak v. AT&T Services, Inc. (“AT&T”), addressed the exact same question as Duguid: Does a device have to use a random or sequential number generator to store or produce telephone numbers in order to be considered an ATDS? And her answer? Yes.

Judge Barrett’s decision is based on a complicated and super technical exercise in statutory interpretation. She literally starts her opinion by stating: “The wording of the provision that we interpret today is enough to make a grammarian throw down her pen.” Ultimately, she concluded that the term, “using a random or sequential number generator” is used to describe a device’s ability to both “store” AND “produce” like below:

equipment which has the capacity—

(A) to store or produce telephone numbers to be called, using a random or sequential number generator; and

(B) to dial such numbers.

Because AT&T’s device exclusively dialed numbers that were stored in a customer database, and did not use a random or sequential number generator to store or produce said numbers, it did not qualify as an ATDS as defined by the TCPA.

So, what does this ultimately mean for our readership, and especially our cannabis business clients? Listen, we’re still of the position that every business needs to focus on getting TCPA-compliant because it is multi-faceted and complicated. But if Judge Barrett does become the Supreme Court’s newest Associate Justice, it may be that the fast uptick of TCPA lawsuits that hit the cannabis industry this year may come to an even faster end.

For more on the TCPA and cannabis businesses, check out the following posts: