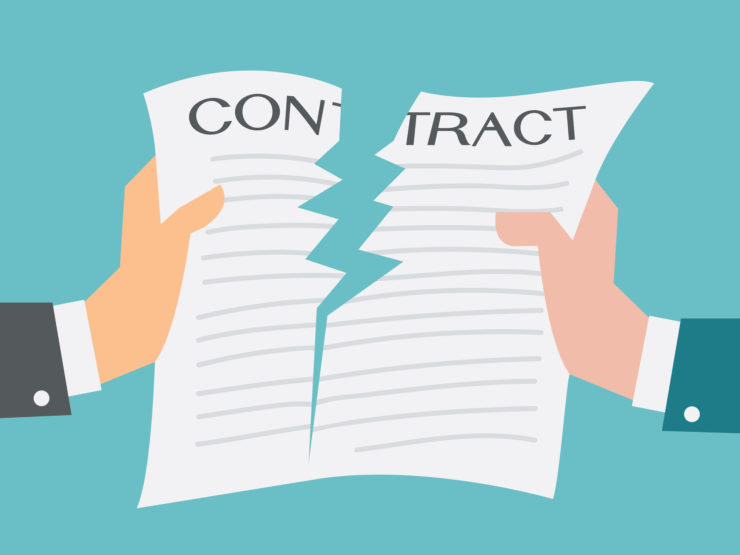 Happy 2020, everyone! Our litigation team would like to kick-start the year by starting a series on the most common causes of action that we see in and around the cannabis industry. We hope these overviews help our audience not only understand what they can expect if they ever find themselves in litigation, but also what they can and should be mindful of in conducting their businesses to avoid litigation altogether.

Of course, we must begin with the most prevalent cause of action of all: breach of contract.

This is sometimes missed: a breach of contract claim has to begin with a valid contract, which is an agreement to do or not do something(s). The contract can be written or oral. It also can be express or implied (arises by law or from facts).

The statute of limitations for breach of contract depends on whether it’s written or oral – four years for a written contract and two years for an oral contract. The clock starts ticking when the breach occurs.

Note, parties can agree to reasonably shorten the period within which a breach of contract claim has to be filed. But – If you decide to try this in one of your agreements, know that what’s “reasonable” may vary depending on the situation.

Elements of a Breach of Contract Claim

“To recover damages from [name of defendant] for breach of contract, [name of plaintiff] must prove all of the following:

1. That [name of plaintiff] and [name of defendant] entered into a contract;

3.That [specify occurrence of all conditions required by the contract for [name of defendant]’s performance …];
[or]
3.That [specify condition(s) that did not occur] [was/were] [waived/excused];

5.  That [name of plaintiff] was harmed; and

6.  That [name of defendant]’s breach of contract was a substantial factor in causing [name of plaintiff]’s harm.”

While that may be a little hard to follow, elements 1-4 essentially indicate that in order to obtain remedies for a defendant’s breach of contract, the plaintiff must plead and prove (1) the parties entered into a valid contract (as mentioned above), (2) it performed its own obligations under the contracts (or was excused from doing so), and (3) the defendant didn’t perform its obligations in turn. Element 5 is pretty straightforward: any partial or total breach that causes harm creates a right to damages. Element 6 is less straightforward: the plaintiff must show that the defendant’s breach was a “substantial factor” in causing the plaintiff’s damages.

A breach of contract claim gives rise to a few different kinds of remedies or “damages”. The most common are:

Note: unfortunately, punitive damages are not recoverable under a breach of contract claim, no matter how horrible the defendant’s conduct was.