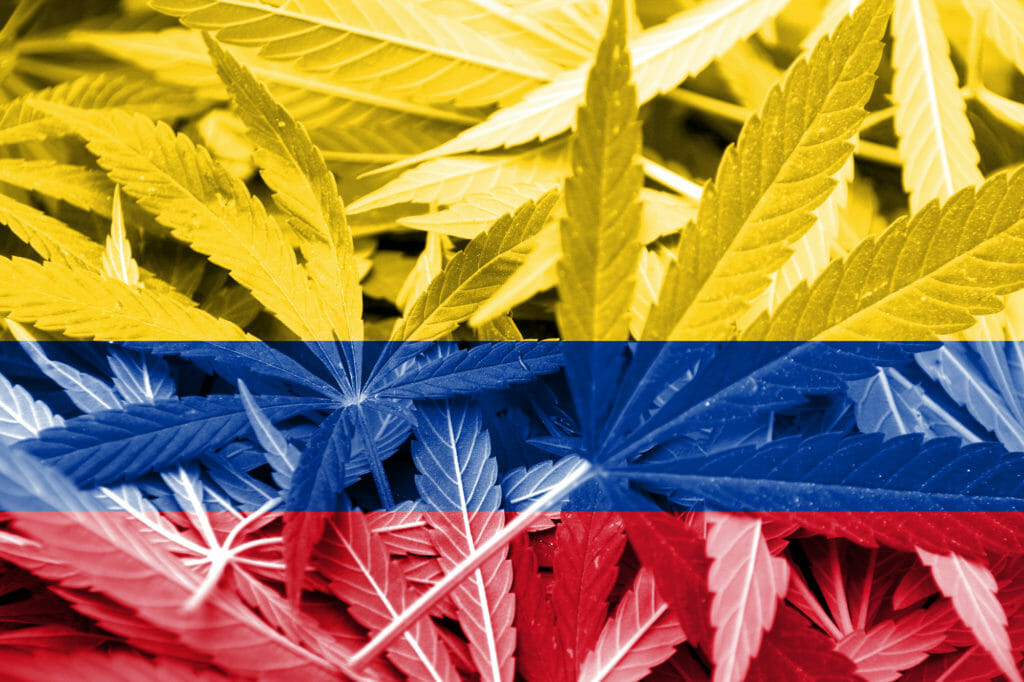 On November 25, the Colombian Senate’s constitutional commission voted in favor a bill (Proyecto de Ley 189 de 2020 or PL 189-20) that would legalize recreational cannabis use in Colombia. Next, the measure will be put to the Senate at large, and if approved will be sent to the House of Representatives for consideration.

The bill “proposes the creation of a Colombian Institute for the Regulation of Cannabis, which would be in charge of regulating the entire process of recreational cannabis, from its cultivation to its distribution and consumption.” While ultimately it would be up to the regulator to determine if cannabis imports are allowed, the proposed statutory language envisions that possibility. Specifically, Article 22(3) stipulates that the packaging of imported products must include the country of origin and the phrase importado para Colombia.

Under PL 189-20’s provisions, there would be strict curbs on advertising of cannabis products. It would also require the imposition of a tax on cannabis, but “in a way that does not create incentives for users to turn to the black market” (Article 27).

Much of the impetus for the bill comes from a desire to deprive criminal organizations of the benefits of the cannabis economy. According to the PL 189-20’s author, Senator Gustavo Bolívar, the drug trade “has been transversal to all of [Colombia’s] violence in the last 30 or 40 years,” and proceeds have “served to finance guerrilla groups, paramilitaries [and] the BACRIM.”

One of the measure’s sponsors, Senator Luis Fernando Velasco, cited the experience of the United States in its support. “While in the United States they regularized consumption and generated tax revenues,” he said, “here we send the authorities to fight with the peasants. People will continue to consume cannabis and with the regularization we will end the mafias.” Though this analysis ignores the fact that cannabis remains scheduled as a drug at the federal level and is illegal in many states, it nonetheless suggests that el vecino del norte may increasingly become an example to follow for advocates of cannabis legalization in Latin America.

Reflecting some of the concerns held by legislative counterparts in the United States, PL 189-20 strongly emphasizes social justice considerations. The law requires that 35% of cannabis licenses be issued to small growers who fall under at least two of the categories listed in Article 36, which include ethnic minorities, female heads of household, and victims of armed conflict. Echoing the 2018 Farm Bill’s invitation to Indian tribes to submit hemp plans, PL 189-20 provides that indigenous communities “will have regulatory capacity and autonomy with regard to [cannabis] cultivation, production, storage, transformation, marketing and use.”

Just a few weeks ago, on November 3, the House voted down a similar proposal, which we discussed in Cannabis is Coming! The Latest on Colombia and Mexico. However, the current bill is considered to have a better chance of being approved. As El País explains, the defeated measure sought to amend the Colombian Constitution, while PL 189-20 only seeks to establish a regulatory framework for cannabis. Its sponsors “argue that in Colombia there is no absolute prohibition of the recreational use of drugs, particularly marijuana, and that is why this debate can take place through the discussion of a bill,” without need for a constitutional amendment.

We will let the Colombian Steve Kornacki figure out if cannabis advocates in the House have a chance of turning the tide, following the 102-52 defeat of the earlier bill. Regardless of how things go, though, it is encouraging to see unrelenting legalization efforts by Colombian legislators. Public opinion regarding cannabis is fast-evolving, and proponents of legalization should be ready to capitalize on a favorable tide. Moreover, legislative debate provides an unbeatable platform for addressing concerns about cannabis, as well as highlighting the opportunities that it can bring to a Colombian economy that sorely needs relief.