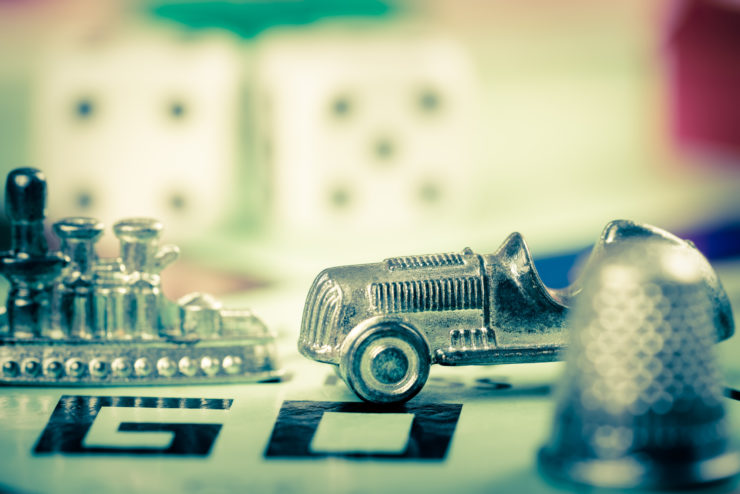 If you follow state-by-state legal cannabis legalization, you’re aware that despite the federal illegality of cannabis, certain federal agencies police the cannabis industry like they do any other legal industry. For example, the NLRB has been known to go after cannabis companies engaged in hostile workplace conduct and the Department of Treasury contemplates banking services to the industry under the 2014 FinCEN guidance. At the same time, other federal agencies, like EPA, tend to ignore cannabis companies altogether.

If you follow cannabis, you’ll also know that the M&A market in various states has remained hot for sometime now, especially as cannabis licenses become harder to come by for one reason or another. You can now add the Department of Justice (DOJ) to the list of federal agencies participating in and around the cannabis industry, and no, it’s not for criminal prosecution reasons. Quite the contrary–the DOJ is taking a harder look at bigger cannabis mergers to ensure that federal antitrust competition laws are not being violated. Namely, it is checking to make sure the deal will neither create a monopoly nor reduce competition or innovation. Though this may sound troubling, it actually signals that the DOJ is taking cannabis mergers seriously in how they may or may not affect competition and consumers in the cannabis industry. For what it’s worth, the overwhelming majority of mergers usually pass the federal review process unscathed, though Second Requests sometimes issue if the Feds believe there’s serious potential for anti-competitive issues.

Under federal antitrust law, anticompetitive mergers and acquisitions are prohibited. An initial question though is whether these bigger cannabis transactions are even reportable to the federal government in the first place. Under the Hart-Scott-Rodino Antitrust Improvement Act, the Federal Trade Commission ((FTC) which has been routinely non-participatory on cannabis issues) and the DOJ review proposed deals “.[T]hat affect commerce in the United States and are over a certain size, and either agency can take legal action to block deals that it believes would ‘substantially lessen competition.” Though there are some exemptions, current law generally requires companies report any deal valued at more than $90 million (with a minimum number of parties) to the agencies so they can be reviewed.” Notably so far, only the DOJ has issued Second Requests, which makes sense as it probably has more and better knowledge of cannabis than the FTC.

After companies report a subject transaction (i.e., “premerger notification”), DOJ and FTC perform a preliminary review to see whether the transaction triggers antitrust issues that require a deeper dive into the details. The transaction is on hold until  the mandatory waiting period (usually 30 days after filing) has passed or the Feds permit early termination of the waiting period. Because the FTC and the DOJ share the merger review process, transactions requiring further review are assigned to one agency on a case-by-case basis in the “clearance process,” depending on which agency has more expertise with the industry involved. Based on what either the FTC or DOJ finds on initial review, the waiting period can either expire or be terminated early so the parties can close, or, if initial review raises competition issues, the agency can engage in a Request for Additional Information, commonly known as a “Second Request.” This Second Request means the deal review is extended and the parties go into mini-discovery mode, turning over more information about the deal and how it will affect competition if consummated.

In a Second Request, the Feds ask all parties for business documents and data that detail the company’s “products or services, market conditions where the company does business, and the likely competitive effects of the merger.” The Feds can also conduct interviews (including under oath) of the parties, including company personnel or others in the party companies that have knowledge about the subject industry. Additionally, a Second Request means another 30-day waiting period (or more) before the parties can close.

Now comes the interesting part. After the Second Request, the parties will see one of three outcomes: the investigation into the deal is over and the parties can close; there’s a finding of competitive issues and the Feds negotiate a consent agreement with the parties to ensure competition is preserved/restored post-deal; or the Feds will move in federal court to stop the transaction altogether.

So far, at least two major cannabis deals have cleared the DOJ where the waiting period after Second Requests expired. See here and here. Surmounting a Second Request and coming out on the other side is a huge win for cannabis multi-state operators (MSOs). However, MSOs can expect the DOJ to continue to scrutinize these large mergers as the cannabis industry continues to consolidate  and as the DOJ learns more about this already concentrated industry as prohibition is steadily repealed between state borders. As a result, MSOs need to prepare for more federal scrutiny of their transactions and expect the timeline for larger deals to get pushed back from time to time by this scrutiny. They’ll also need to learn how to quickly and effectively comply with federal requests for information and data and retain independent experts to help them develop and communicate to regulators a market definition that will increase their odds of getting through Second Requests and getting their deals closed. Cannabis market knowledge will hinge on a state-by-state analysis of licensing, regulatory oversight, and consumer base and market size and geography, which will differ greatly between medical and adult use and, in certain states,  by city or county.

Though MSOs may not have seen DOJ Second Requests on the horizon, now that they’re here, they need to prepare accordingly by engaging in antitrust due diligence at the outset of any deal.